It is hard to believe but this is not a parody account, this is Warwick University Labour party on twitter

From the Marxist Madrassa where my father once tought, I bring you a tweet which you might think a parody but is, in fact, real. As Rod Liddle noted at the weekend, Keir Starmer may be dealing with the anti-semites in Labour but he still has to deal with the commies from planet bonkers. 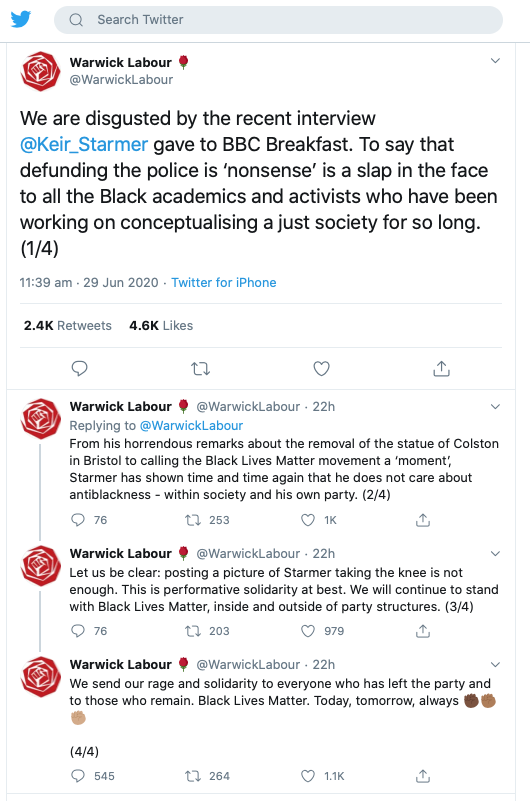 Tom Winnifrith Shareshow No 5: Well over 2 hours of Gary Newman on mining stocks, Harry Adams of Kefi and myself on why Cineworld has to be a stonking short

And now from Wales, by just 30 yards, it is my new, I hope, weekly video show. This costs 99p per episode to access and you can either listen or watch very sparky interviews with our Gary Newman on mining stocks to buy, why gold is NOT going to soar, a compelling £1.7 billion non-mining short and fishing shares, Harry Adams the boss of Kefi (KEFI) – a stock I own – and myself on why Cineworld (CINE) deserves to go bust, wont, but is a stonking short none the less. You can access the show HERE

Versarien: I have sent the letter below to my MP in Wrexham and urge you to send to your MP too

St James House – Sell while you can