Photo Article from the Greek Hovel August 2020 - Day 9, completing a circle as Uncle Johnny, Joshua and I head to Mistras

Long term readers and classical scholars will know that while Constantinople fell to the infidel in 1453, a few outposts of the Byzantine empire held out a bit longer. Among them was Mistras in southern Greece, the Despotate of the Morea which held out until 1460. Its citadel is Mistras: a collection of old churches and abandoned houses on the slopes of a hill near Sparta with a ruined castle on its peak. Lower down, but within the old outer walls, there are monasteries.

To give the Mrs, by now six months pregnant, a deserved break and to expose Uncle Johnny to a bit of culture, Joshua and I headed off with his godfather on a Sunday morning. We took the new motorway from Kalamata to Sparta, getting lost within Sparta in exactly the same way as I have on two previous trips, and arriving just after noon on site. We paid to enter the upper part after which a uniform with a mask informed us that without face nappies we could not enter the churches on the lower part of the site. Johhny said he would peek in and I told him that I had posted some great pictures from a previous visit of the church murals which I would show him later and which you can see HERE.

But before we had a brief peek at the churches lower down, we climbed up to the castle. Now this is where we square the circle, for four years ago I was here with the Mrs at which point she was almost seven months pregnant with Joshua. So, on that occasion, Joshua “climbed” about a quarter of the way up to the summit and then he, or rather the Mrs, stopped to pose as you can see HERE and I climbed on alone. 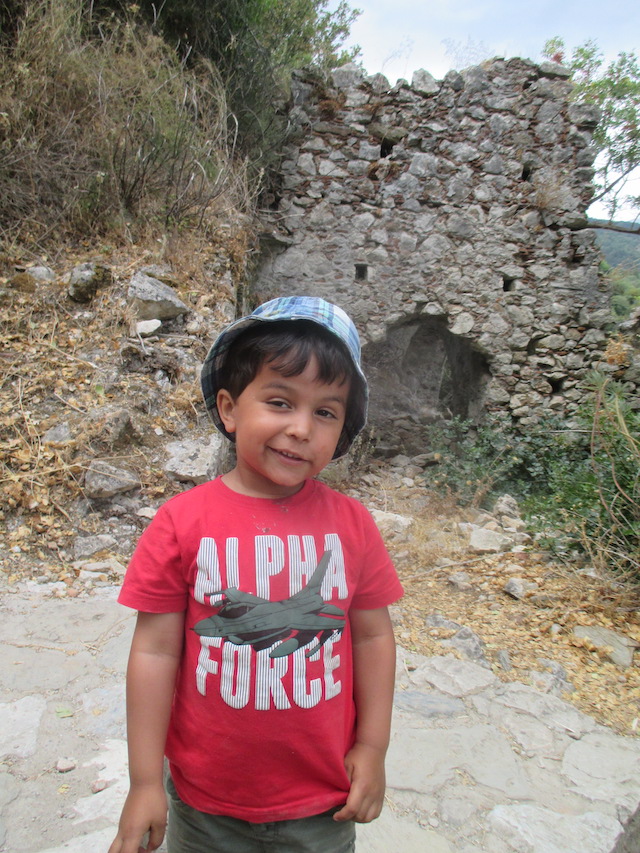 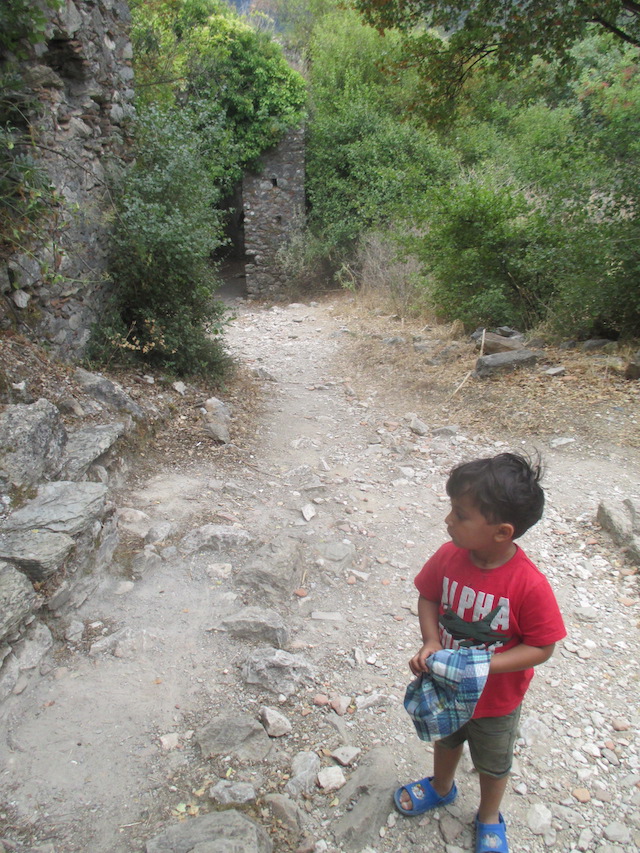 There you go. Joshua squares the circle by getting to the same spot. But the little fellow battled on and climbed all the way to the top. As you can see with the photo below, taken from just beneath the castle walls, it is quite a height. The final photo is of inside the castle looking up at the high taygettos which was our next stop. 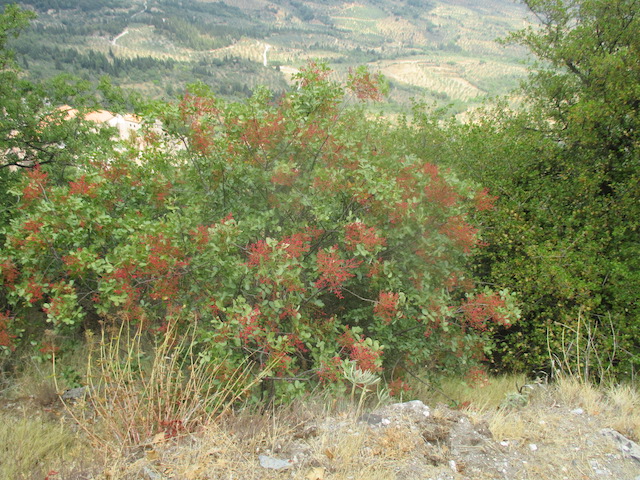 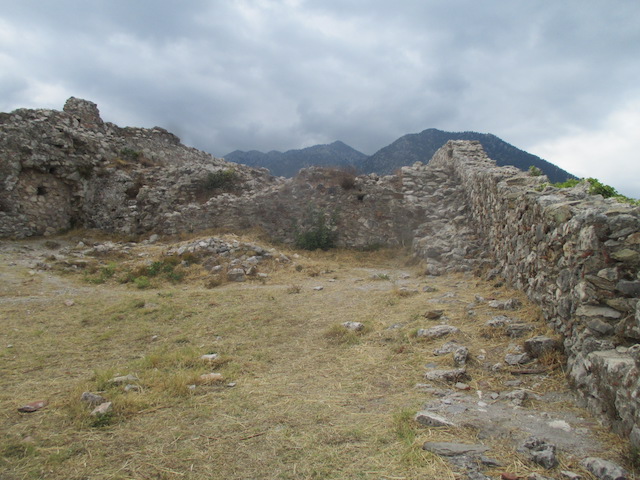 Heading home, I opted to take the old road back to Kalamata across the mountains, a trip I posted a few photos of four years ago HERE. The advent of the Motorway means this road is now almost deserted but we did stop off at a small taverna almost at the high point for a simple salad and beef lunch. The only folks using that place were locals and, given their average age, I cannot see that settlement lasting for many more years. Up in the mountains where winter sees heavy snows, it is much cooler. The trees are green and you see apples, pears and plums (rather than olives). It is a different, much slower but, sadly, dying world.