The False Lesbianisation of our history is just getting boring: from Queen Anne to Mary Anning 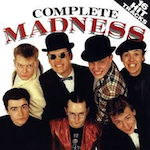 My friend and journalistic hero Kelvin Mackenzie once said something along the lines of “you sell newspapers by putting lesbians on the front page.” I asked him today if this was a true quote and he said that he could not remember but it is the sort of thing he would have said on his glory days on the Currant Bun. But perhaps you can have too much of a good thing, especially when the lesbians you are outing are a) dead and b) not lesbians.

I commented a while ago on Queen Anne. I remember the star of the movie about the monarch who was a keen participant in the slave trade, thought that was not addressed, Olivia Coleman laughing hysterically as she told Graham Norton about how old Queenie was always at it having her way with other women. Boy how they cackled and, given that almost no-one at school today is taught about British history between 1666 and 1914, the only FACT we all now KNOW is that Queene Anne was a rampant lesbian.

Except, of course, that she clearly was not. The poor woman  died grief stricken just six years after the death of her dearly loved husband who managed to get her pregnant 17 times. Sadly most of her kids died at birth and the others all predeceased Anne herself when she died aged just 49.

The next great woman to be outed by the liberal luvvies is paleantologist Mary Anning. As you can see below, my hero Peter Tatchell is greatly impressed and it may be a romantic LGBT tale of note. I trust Peter’s judgement on that. But the problem is that outing Anning is wrong as she was without doubt not a practising lesbian or indeed a lesbian at all. This not real history it is fiction so should not be dressed up otherwise. 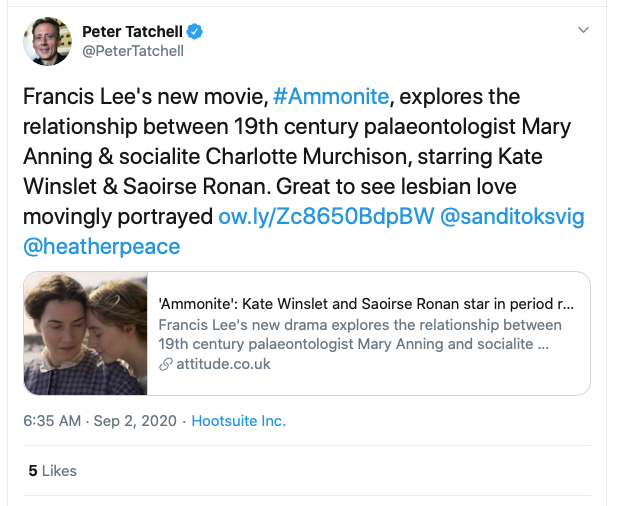 Geologist, Roderick Murchison, did  field work in southwest England, including Lyme where Anning lived. He was accompanied by his wife, Charlotte who after Roderick left stayed on for a few weeks to, according to her husband, “become a good practical fossilist, by working with the celebrated Mary Anning of that place…”.  The two women became good friends and correspondents  and indeed met up once more when Anning stayed with the Murchisons in London in 1829. But were they having a gay relationship?

One reason that I doubt it, was that Anning was a truly devout Christian. Now I realise that in the Church of England these days almost everyone is gay but in 1829 the world was rather different. Anning took her religion very seriously indeed. Her family attended the local Congregational church, where she had been baptised, and where she was an active member until 1835 when she switched to the Church of England. Evidence presented in academic biography records her as being devoutly religious and such folks, in the 1830s, simply would not have engaged in a gay relationship even had they felt the urge. After all buggery was still punishable by death although the last executions were in 1836. It was illegal because Victorians believed that it was not what God intended us to do. Man shall not lie with man and all that…

But Anning is dead so can’t ansswer back. Forget her amazing career as an archeologist just as we forget Queen Anne’s avarice and interest in the slave trade, the key point is to honour them as pioneering lesbians. Next up? Queen Victoria? There is obviously no evidence for this and indeed the old dear went on record to say that she did not believe that there was such thing as a lesbian. But who cares about facts, let’s out her and honour her as a gay icon anyway.

Alternatively we might just dismiss this fake lesbianization of history as becoming increasingly tedious but in an era when our real history is no longer taught why not make up some fake history to chime with the mores of today?