There is an enormous pear tree in the middle of the area once known as the jungle but now preparing to be a vegetable patch and which is half the size of a football pitch. The ground around it is littered with small pears that have dropped and there are still some in the tree. Too many are sadly rotten but there are still hundreds fit for use, each about two inches long. So, after using two pears for pear gin, it is on to pear jam, something where there are just three ingredients.

You start with the pears, about 4 lbs with stalks and skin. These ones plus peels and cores leaves me with leftovers which make me think just how much I want to start keeping chickens, for they would love the scraps.  Finally, the pears are chopped into small pieces which are going to be the lumps in the jam for they will not dissolve totally in the cooking.

Then the other two ingredients. The juice of a lemon is sloshed over the pears to add pectin and to stop them going brown through oxidisation. And then they are covered in two cups of sugar and put in the fridge. That was last night; tonight they come out for the cooking and putting in jars. Part 2 awaits.

Meanwhile, Joshua is very fond of pear juice and as a treat for us both, I have ordered a 12 litre fruit press which, apparently, has already been despatched from Doncaster. My hope is that it arrives while we still have pears to use. I will enjoy playing with my new toy and Joshua will, I hope, enjoy drinking the pear juice. The Mrs sighs and says she wishes I would focus on important things like moving more stuff from the soon to be completely renovated kitchen and dining room to the annexe where we must live for the next six weeks. No pear juice for her then! 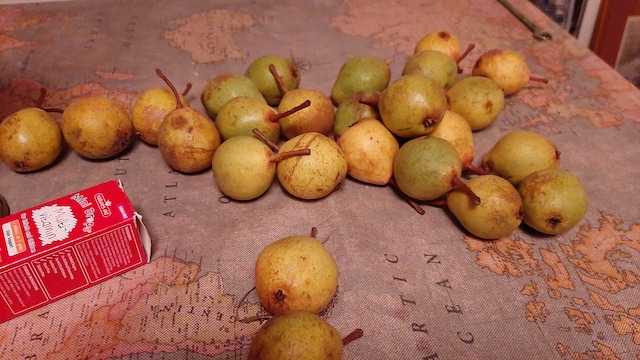 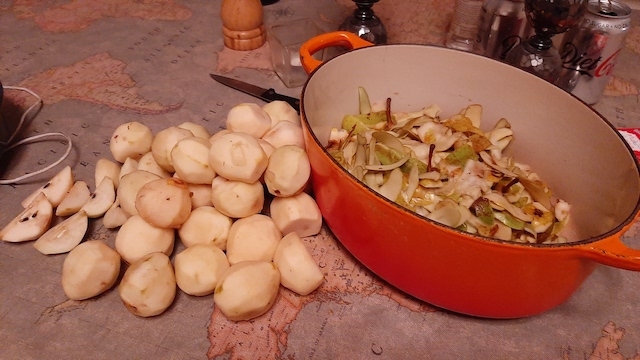 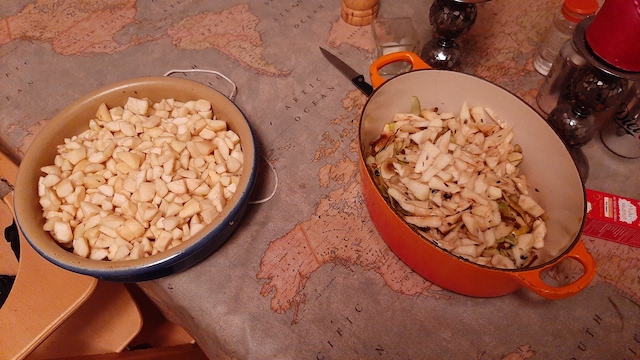 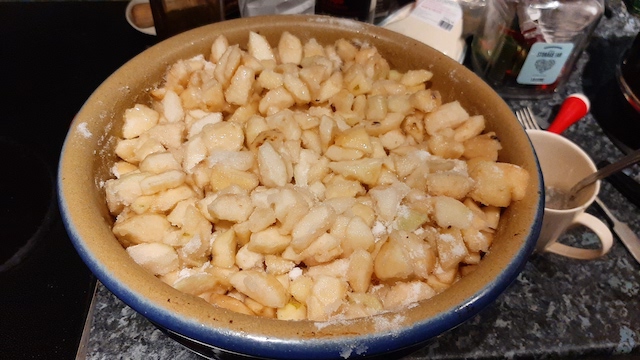