On Sunday night I completed part one of this task, leaving a bowl of pear chunks encrusted in sugar in the fridge. 24 hours later, the sugar has disappeared and the pears, as you can see below, were drowning in their own – highly sweetened – juices. Next up, put them in a pan, bring to the boil, then cook on a steady heat for 15 minutes. And then cool and decant into four jars for storage in a cold dark place. One jar has already been opened and I enjoyed some on my toast this morning and, at the risk of sounding conceited, it is fantastic! 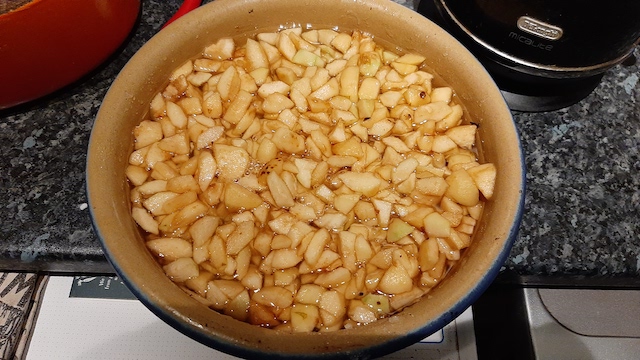 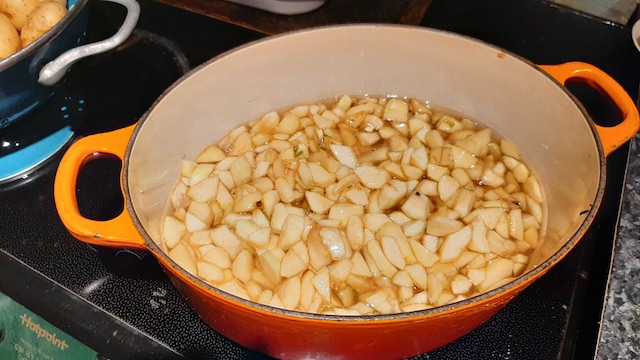 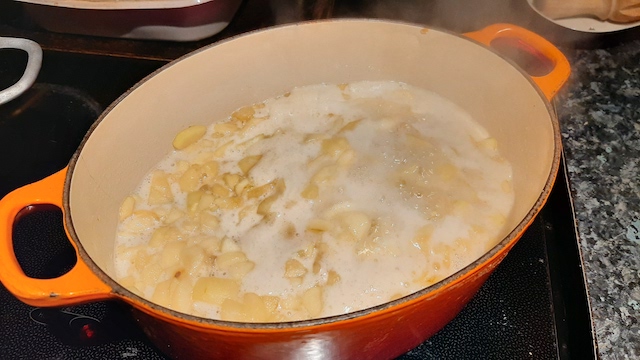 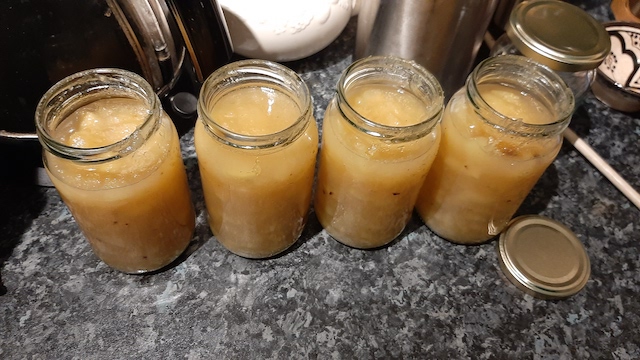