As you can see below, my dim local MP reckons that 39% of violent crime is caused by booze and that alcohol is one of the “driving forces” of domestic violence.  And thus Sarah Atherton is all in favour of banning those committing crimes from gaining any access to the sauce altogether. This, she claims, will stop re-offending.

But surely it is better to stop crimes before they occur rather than stopping re-offending. Ms Atherton fails to say what percentage of violent crimes/domestic abuse are committed by those who have already been caught and punished. Are re-offenders a material portion of those committing alcohol fuelled crimes?

If it is such a problem why don’t the Tories just ban booze altogether. After all they are banning our kids from playing with other children, banning folks from having ,arge family Christmases, banning folks from attending funerals and weddings and all to curb a disease where the average victim who dies is, at 82, a year older than the average age of all folks dying from all diseases.  The Tory party is the party of banning anything that can be described as enjoyable in the name of hugely disproportionate responses to perceived probalems based on a complete lack of data.

In that vein, Ms Atherton will surely soon be calling for prohibition. Since her party has already closed most of the pubs with its Covid policies it is not that much of a policy leap. 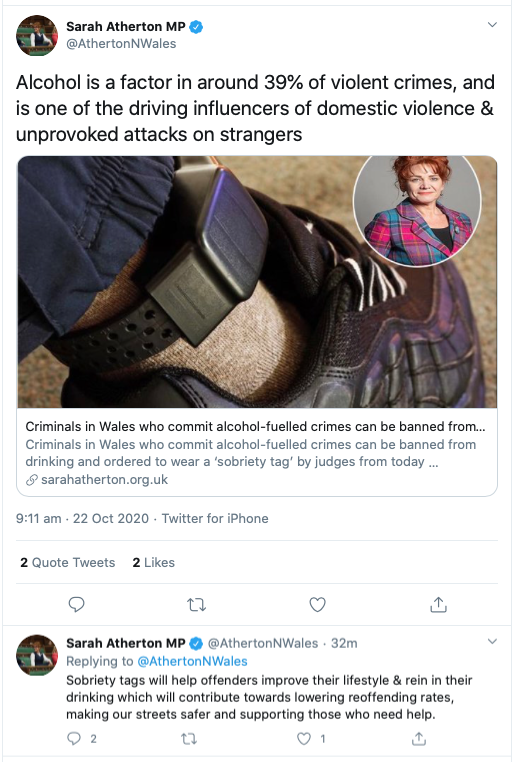 72% of way to target after 36 hours: Tom Winnifrith’s Woodlarks Christmas Appeal – if you can be generous please be generous

I know that readers of this website have given so much to Woodlarks over the years. This summer the Rogue Bloggers walk saw us raise enough to ensure that this amazing charity will not go bust despite the lockdown which has been a disaster for it.  Activities are still massively constrained and the Christmas Grotto which brings unbelievable pleasure to 200 severely handicapped or very ill kids each year will have to be a virtual one this year. But it will still cost a few quid…

DeepVerge - another cash guzzling Covid ramp where the valuation is insane

Drinking a pint of beer spreads Covid, drinking a mug of Cocoa does not – more madness from Boris Johnson