Photo Article from the Welsh Hovel - my woodshed and cutting

Wood cutting has become almost therapeutic in these dark days in lockdown Wales. Half an hour on weekdays and an hour a day at the weekend is the plan. Sometimes I have a day off.  It all starts with a large pile of branches from trees cut down at the Hovel over the summer. I might drag three to the main barn and Joshua drags a small one if he is with me. That would be a weekday cut. At the weekend we double up.

The woodshed is the biggest barn. There is a door on the farmyard side and no door on the other side which looks out to our, now flooded, fields. The gap between the two doorways is my woodshed.

On the right as you go in, there are two big shelve areas. In the first as you walk in is my kindling, in the second rough planks discarded by builders from various parts of the hovel which I am yet to saw into either logs or kindling.

I am offered assistance by various friends with chainsaws but I enjoy this brief escape from the computer each day. On a 3 or 4 branch cut we might generate enough logs for that night’s fire plus a few extras. On an eight log cut (today was ten), the pile around where I cut gets bigger and bigger. My plan is to have enough logs so that I am saved a day off from sawing on particularly cold or snowy days. That is the plan. As of tonight, I reckon that I have well over 100 logs so that would see me through to Boxing day and beyond. But that won’t stop me sawing as it is good exercise and a chance not to think about what a bad world we live in. 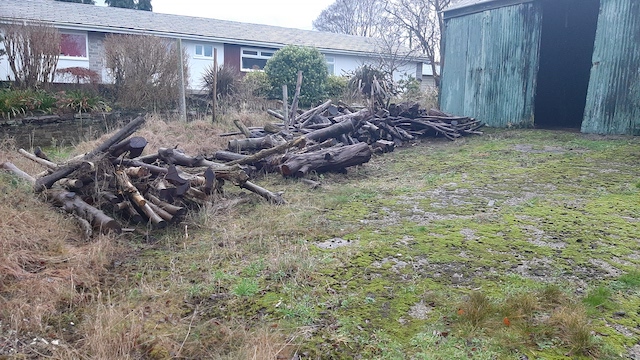 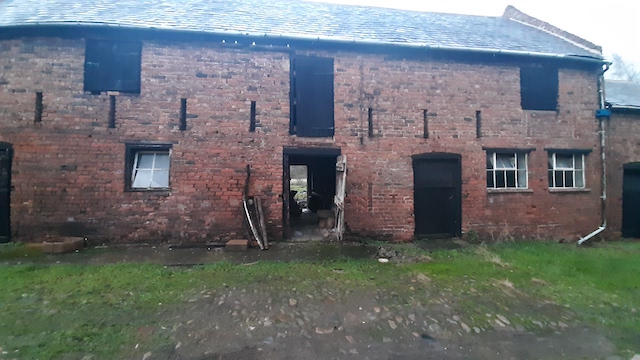 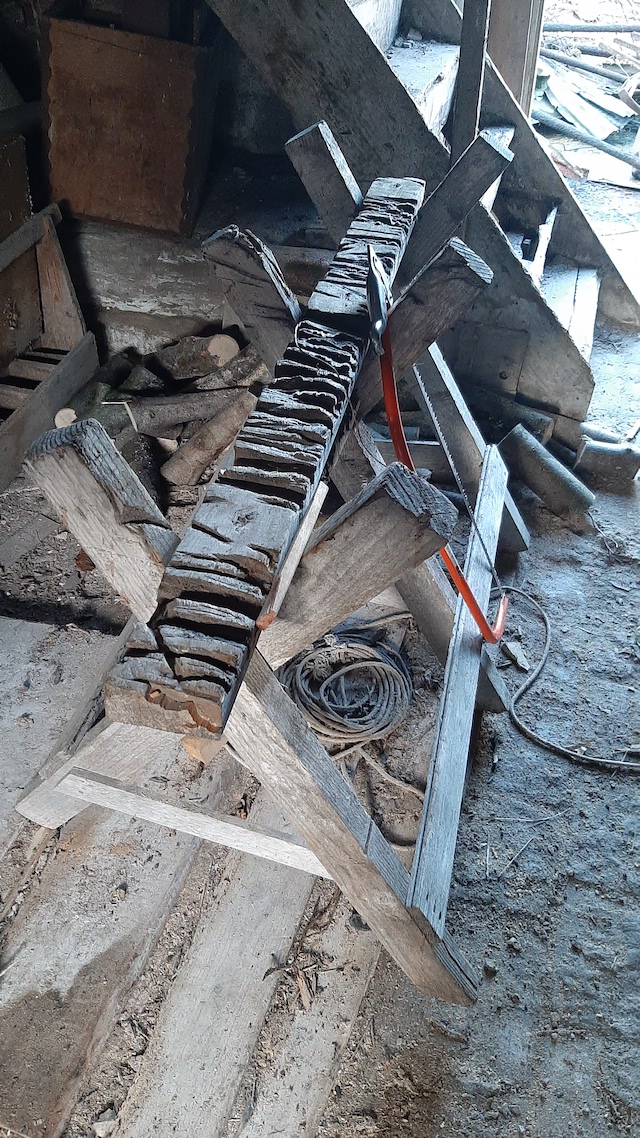 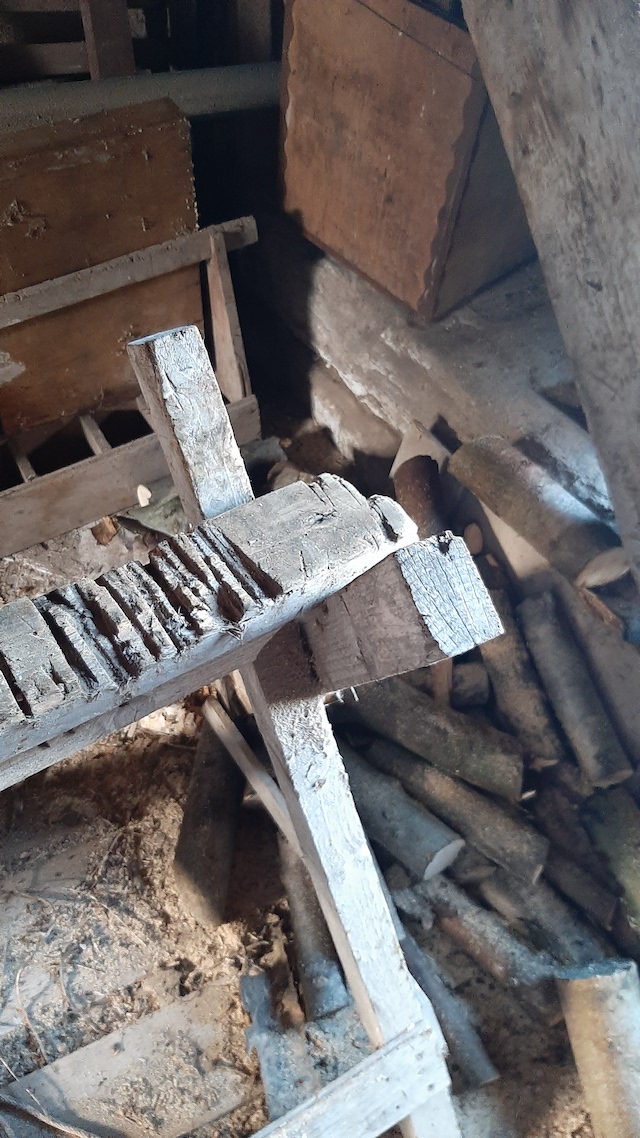 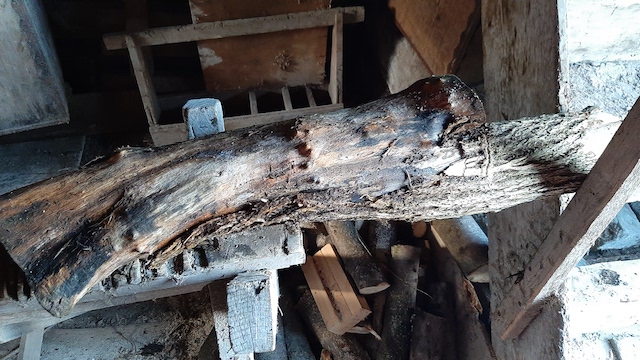 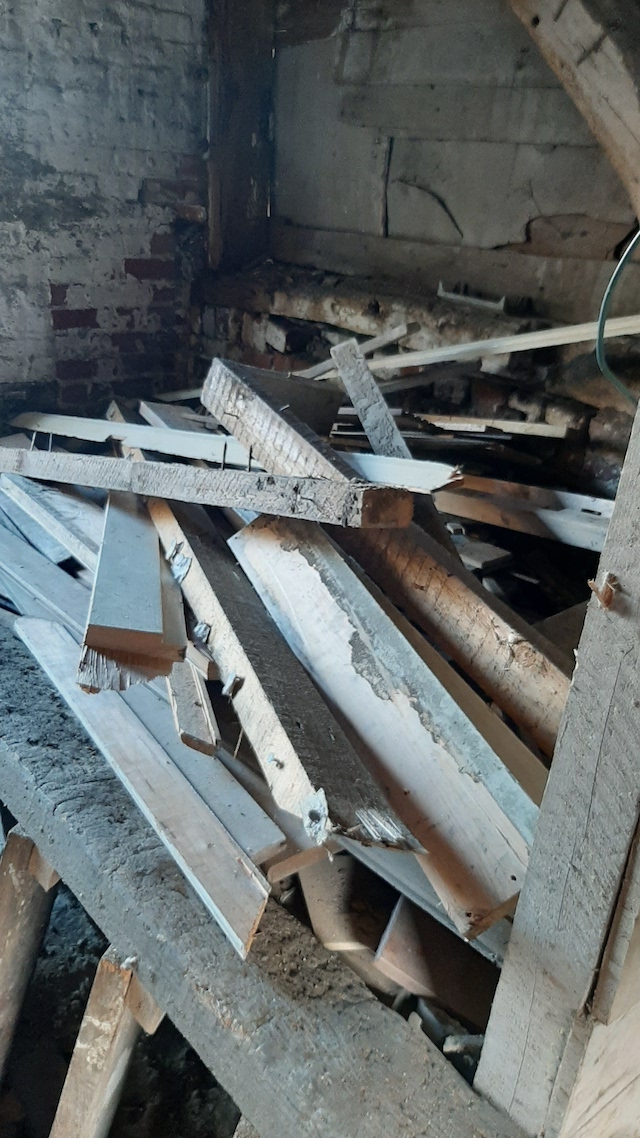 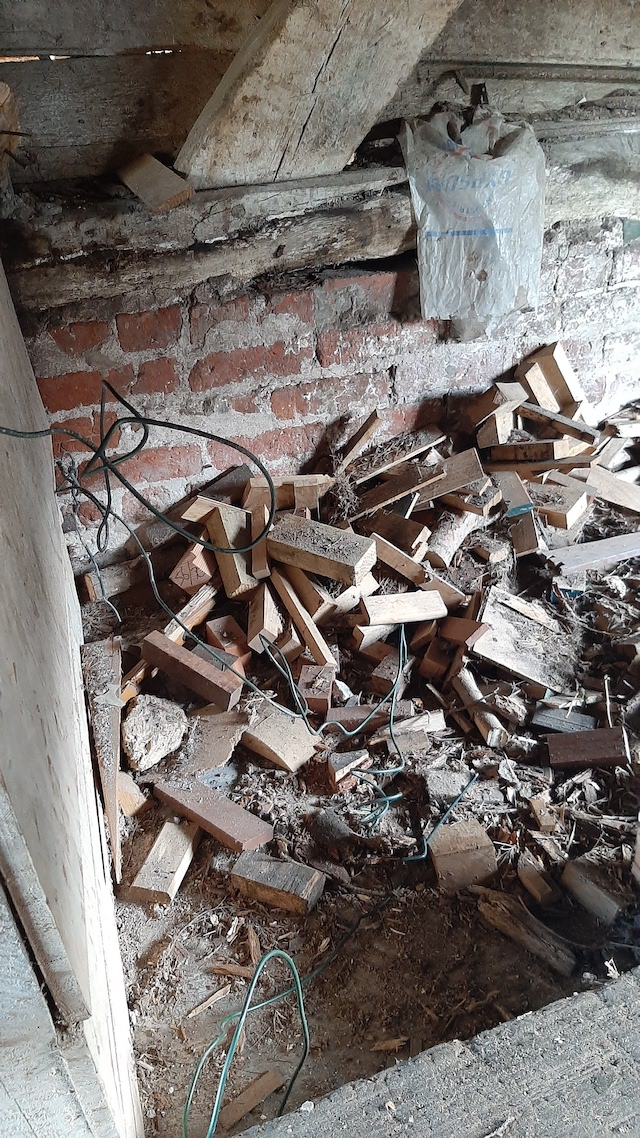