Photo Article: Oops Joshua and I forced into emergency and chaotic Christmas Pudding making at the Welsh Hovel

I discovered last week that the one Christmas Pudding I had saved for two years and was planning to use this year had been got at. I am not sure when or where given that our two killer cats have made this a mouse-free zone. I suspect the damage was not caused by mice but by something else. Anyhow it is panic stations as, if various folks are happy to break the insane laws we live under, we will have two Christmases here: one with the in-laws and one with the younger generation later.

I added a few key items to a Tesco click and collect I was preparing and having collected vast amounts of everything today, Joshua and I set to work.  We had planned to follow a Delia recipe but faced two major problems. Firstly, we did not have all the ingredients needed and secondly, our scales seem to be broken.  We thus improvised by guessing weights and adding alternatives: for breadcrumbs we used rough oats, for currants we used glace cherries. For barley wine we used additional amounts of stout and brandy. Joshua stirred and added in rather too much ginger and he made a wish ( I think it involves trains), as did the Mrs.

I know that making the pudding so close to Christmas is not ideal but the mixture tastes good enough. My task now is to keep topping up the pans as the puddings are steamed. It is just another five hours to go until midnight. 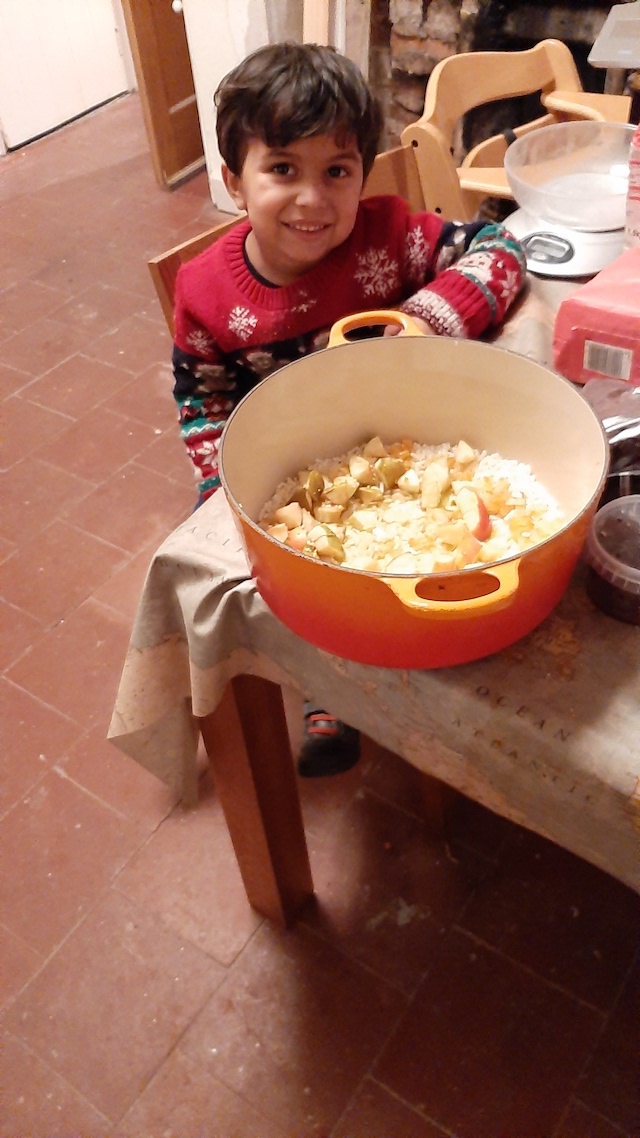 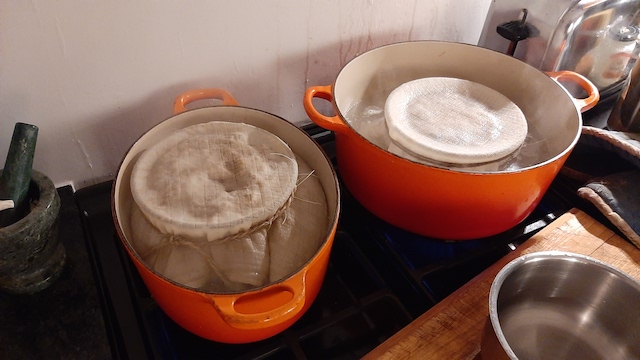