Like every sane person, I deplore the invasion of the Capitol by protesters yesterday. But unlike the Black Panthers who invaded the Capitol in 1968, these folks were not armed. And the murder of protestor Ashley Babbitt was surely something we can all deplore. Watch the video. This is a cop killing of a young woman that was simply wrong. No-one other than vile LBC presenters would see this death as a good thing, surely? Never underestimate the caring left when it comes to just how much love they show for their fellow man.

Arthur Chu won the Jeopardy game show and has since lived as a pro celeb and part-time liberal columnist. He has no evidence at all that Ms Babbitt was a Nazi but then to him, anyone who supports Trump is a Nazi. He is happy to trivialise the Holocaust, the murder of 6 million Jews, LGBT folk and Roma by real Nazis, with his loose language. Anyhow he is clearly a lovely bloke. 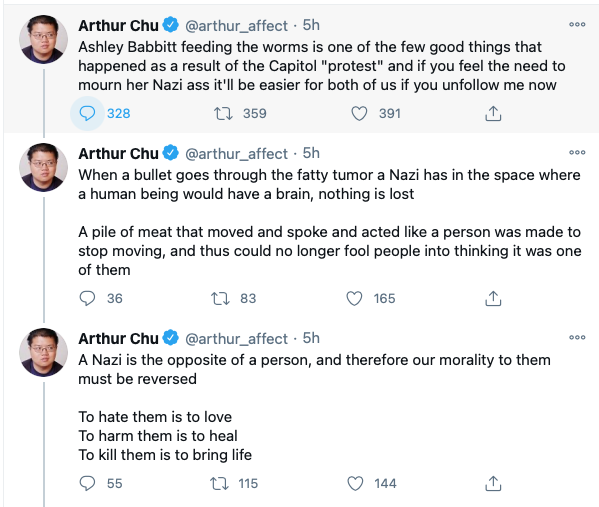