Women's Running - stop taking bollocks, Eddie Izzard is a man because he has er....bollocks

Women’s Running UK is a magazine about running. It’s for women and is sold in the UK. Today it talks about how comedian Eddie Izzard takes on “her” latest incredible challenge. Izzard was once, and I follow his own words, a transvestite, then a “lesbian trapped in a man’s body” and is now genderfluid. Whatever. Izzard has a penis and he is a man whatever he is wearing or whoever he is shagging.

Women’s Running may pretend otherwise but when the daughters of the woke journalists behind this magazine train like anything for a contest but then get beaten by athletes who are faster, stronger and have more stamina because, like Izzard, they were born with and may still have a penis between their legs, will they tell their tearful offspring that they were “beaten by a better woman”?

Most of us do not give two hoots what Izzard wears or who he shags or even how he thinks about himself but to pretend he is a woman like individuals who were born with a vagina is still a pretence, a lie. Women’s Running UK, I call you out as woke liars. 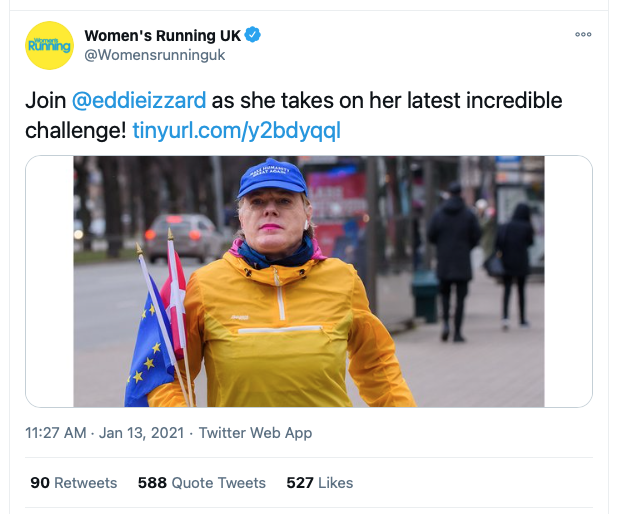 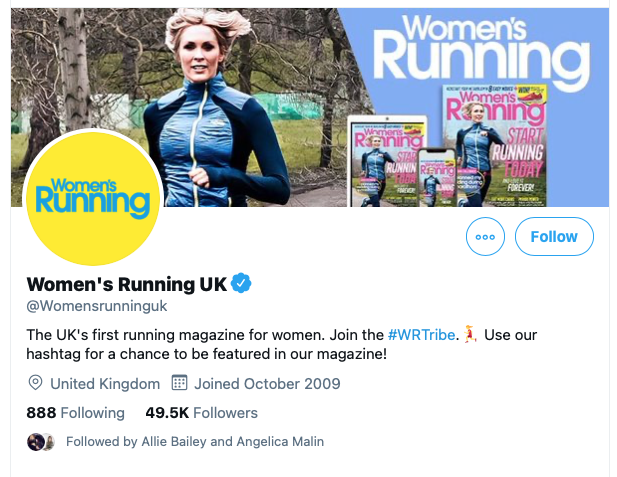