Photo Article from the Welsh Hovel: Flooding means that the English Infidels are cut off from civilization, i.e Wales

I woke up to find that we have severe floods here on the River Dee. By 9 AM, the waters at the nearest measuring station to the Welsh Hovel had burst through the 21st Century record (from 2000) which was 9m 36 cm. Right now the depth is 9 metres 61.8 cm and rising. Later on, I shall show you life at the hovel, for now here is what I encountered as I tried to drive Joshua to nursery in England earlier.

The photo is not mine but is half-inched from the village facebook page.

The 1300s bridge which links us to the infidels is closed. It is not that it is underwater, just that the roads on both sides are. Now before you say “global warming” or “climate change” which we used to be warned would make droughts commonplace in Britain but is apparently now responsible for more flooding, the waters are still lower than they were in 1949. That was well before all that warming business got underway and back then, the bridge itself was submerged. 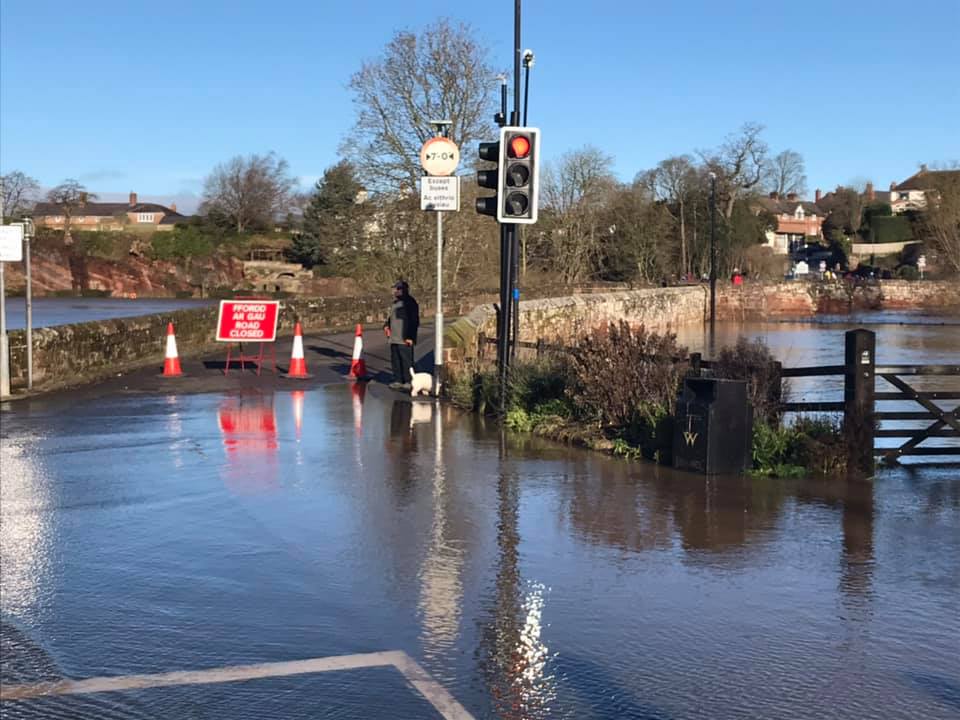