Before tedious, Guardian-reading loons yak on about how global warming, sorry climate change, is not the precursor to widespread droughts in Britain – as we were told up until c 2010 – but now causes floods, I offer a few facts. The river Dee, as I write, is 9.624 metres deep here which is the highest since October 2000 (9.36 metres). But it is less deep and the area less flooded than in 1949 before all that global warming nonsense was invented. Rivers flood from time to time, get over it. Having said all of that, this flood is a pain as you can see below.

But before I go on, another fact. Citing Covid, the Environment Agency have not cleared any of the drainage ditches around the Dee in these parts which means that flood water cannot run off the fields nearest the river so meaning more houses have been flooded out. I cannot see how men working in the open air are at extreme risk of catching covid but if you are looking for more hidden costs of our clownish lockdown response to this plague with a 99%+ survival rate for folks of working age, here you go. Thanks Matt Hancock, Boris et al.

The top two photos are of the farmyard and were taken about an hour ago. The water reaches up to the top on one side. On the house side, it has entered my storage rooms for garden equipment (the first door down) and the porch of the annexe ( that brown door hanging open at the end). I have used sand bags on the annexe doors on both sides and, as things stand, the annexe is dry. But I fear it is touch and go. 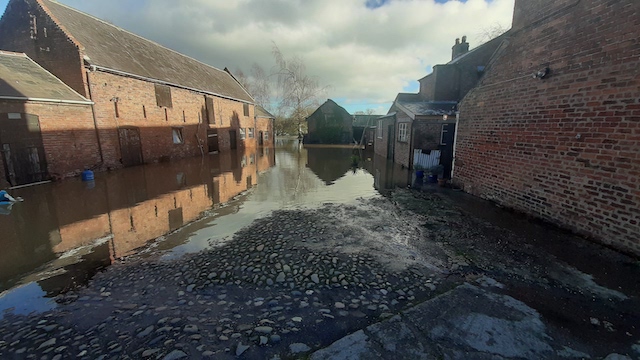 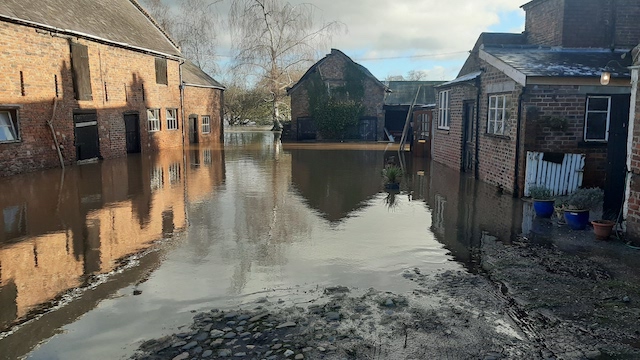 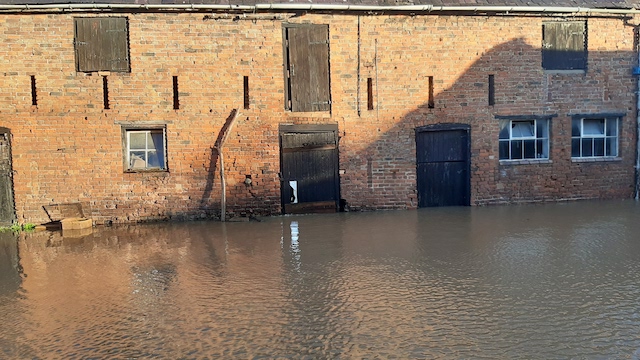 The rest of the photos are from the early morning when, as you can see in the second, the tool shed was still dry. In the photo above, the door in the main barn, is that to my wood shed. It is underwater and the water runs right through the barn to the fields on the other side which are now a lake 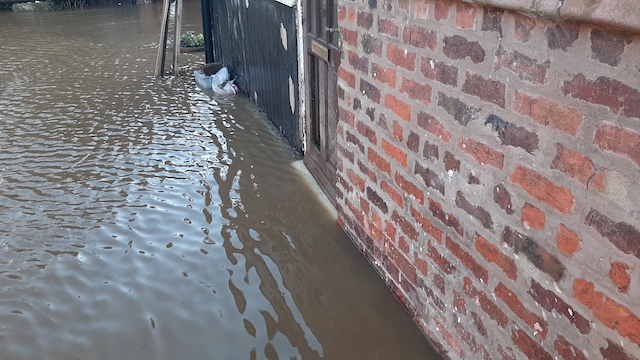 Below is the formal front garden. The river should be five yards beyong the picket fence at the end of it, the tops of which you can just about see,. It now stretches for miles on the other side as you can see in the final photo. As of now the fence is totally underwater and the waters have advanced to within a yard of the red tiles in front of the main door.

My diesel van also makes an appearance. I waded out this morning and was able to access one door without the water getting into my wellies. Thankfully it worked and is now parked in relative safety at the top of the yard.

As I write water levels here are static and upstream are falling a bit and have been for a while. It is not raining although the sky is turning grey. So fingers crossed, things should get better. 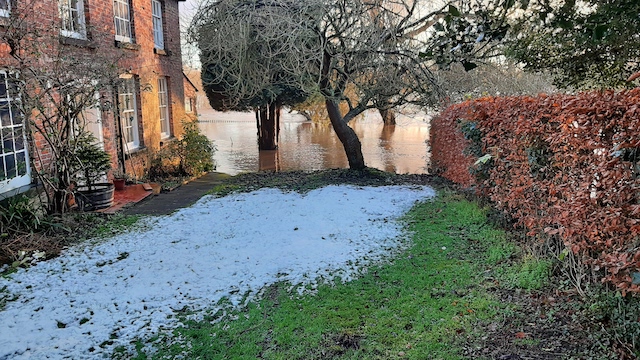 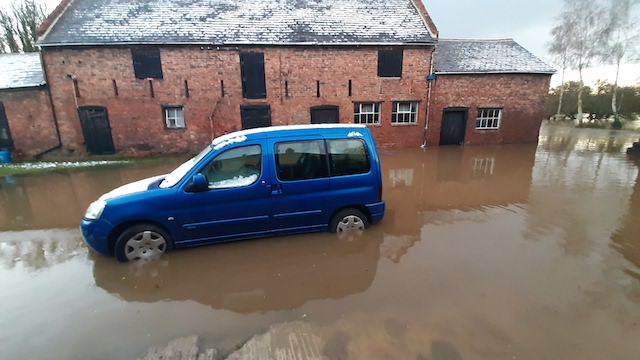 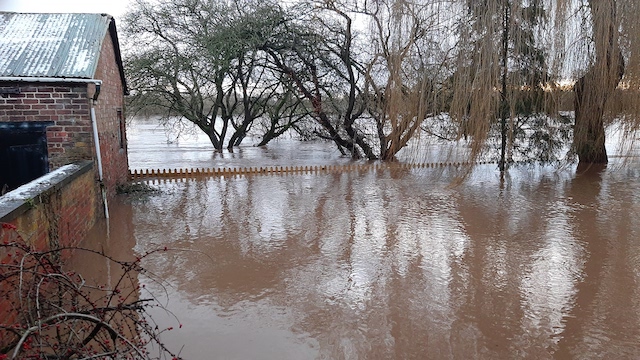