My late Uncle Christopher Booker wrote for the Sunday Telegraph for almost half of his life and almost to the bitter end. But in his last years, he and my aunt V cancelled their subscription to the Daily Torygraph because it had become such a lightweight rag. If I read it, which I do not for many of the same reasons as Chris, I would be cancelling my sub today in protest at this vile headline about new laws in Poland restricting the right of folks to murder unborn babies.

Now we can all debate abortion but the implication of this story is that a foetus with Down’s Syndrome just has fewer rights to life than a baby who does not and that the victim in a case where a mother has a foetus with Down’s is a mother who has to give birth rather than a foetus who is murdered. Really? Is that really the house view round at the Telegraph?  I suspect that a paper, almost entirely written and read by the Metropolitan elites, probably does believe that.

Traditional readers out here in the boonies who believe in things like God, the right to life and don’t obsess about fighting climate change are folks who can be ignored.  And the paper wonders why its readership is tanking. 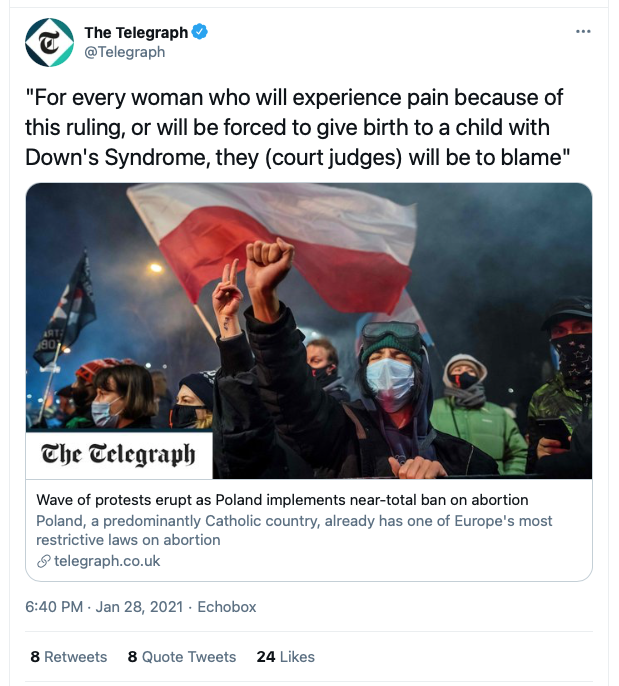