While the Mrs enjoyed a late morning snooze, something that as a public sector worker she is well accustomed to, Joshua and I went walking along the River Dee where, as you can see below, the waters are rising again. The walk we did a week ago on the English side is now impossible due to flooding.

We walked on the Welsh side heading downstream towards Chester. The first photo looks back at the 1300s bridge that links our village to the English infidels on the other side. At least one of those arches underwater is one we normally walk through when walking along the river from the Welsh Hovel which is another 800 yards further upstream.

The next photo looks the other way and shows that the meadows are largely flooded. Joshua and I were walking along what is an, increasingly, narrow strip of land not yet submerged.  And finally having played a rather tiring game of tag with his old father, wearing his Peppa Pig wellies, Joshua emulates his heroine as he finds a muddy puddle. 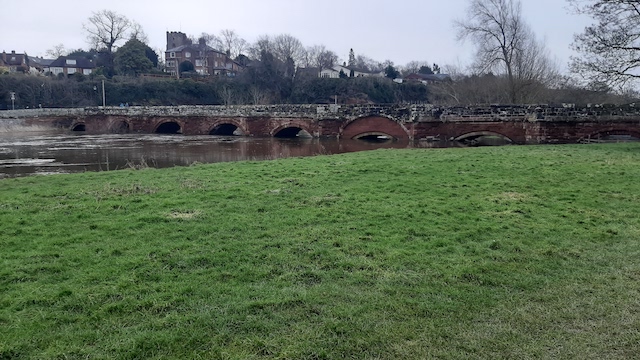 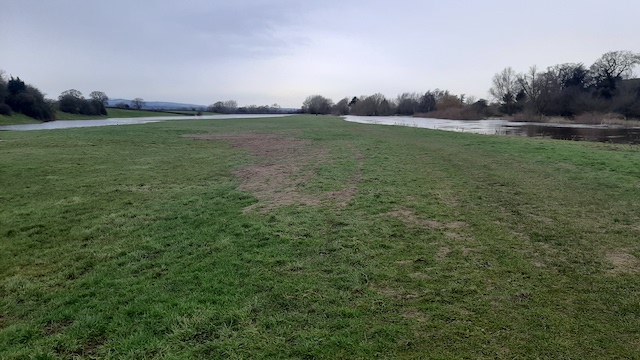 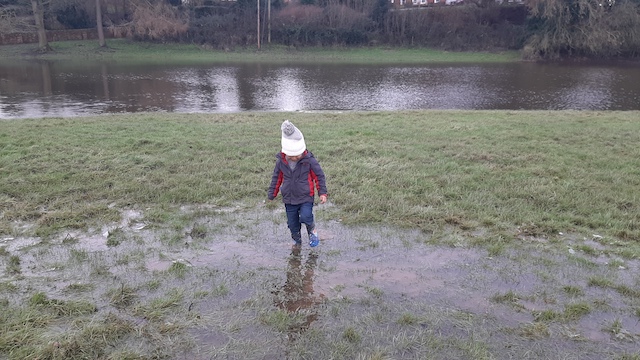