Photo Article at the Welsh Hovel: The before scene as plans are laid to build a Ha Ha

I thought that Robert and his team, who do the big jobs on the land here at the Welsh Hovel, would laugh at my idea of creating a huge lawn and Ha Ha. But I had been kept awake at night working out in my head how it could be done. And to my surprise they did not laugh. It was viewed as creative. Objection after objection of logistic issues were raised but each one was dealt with so we will go ahead. You may ask what is a Ha Ha? The Mrs did.

You can divide two areas by building a wall between them. But if one area is higher than the other you can create a wall which from the higher area is invisible since it runs up to ground level, but from the lower area looks like a wall. So if you look out from the higher level you just see rolling grasslands, no wall. That is a Ha Ha.

Ha Ha’s arrived in this country in the late 1600s and typically the idea is to keep sheep off your lawns. In this case it is water.  The area behind the barns which form the far side of the farmyard is below and might – in a really bad flood – go about a foot or – in some places – two foot under water.

Already a row of sheds adjacent to the barns and one big barn on the right in picture three (brown earth in front of tree) have been removed as has a mass of small trees and scrub. In a couple of weeks that last barn which is now just a metal frame goes. Behind it is a mass of tyres, iron, wood and some small trees on the bank which leads up to my new upper orchard. There are also two small collapsed barns to its right that you cannot see. They too will all go.

The plan then is to build a wall running the length of the barns right up to a door in the goat barn almost at the far (non river) end and out by, perhaps, 35-40 yards up to a height of four foot. Inside that goes all the rubble left on the land which includes about two foot of rubble and earth from the end of where the Ha Ha sits to the fields.Thus the field will be extended and re-seeded up to the Ha Ha and the Ha Ha will bound off an area which will become a flat lawn. The area where the chickens will run – behind our top barn and belwo the new orchard – will be flattened out as its top soil is removed for the area above the ha ha.

All of my plans including steps up to the lawn from the two barn doors facing the Ha Ha are practicable. At the non river side of the Ha Ha there is be a small area of concrete left but this will now be flood protected so can get a bit of earth and be re-seeded so that eventually it forms a path from the last barn (the goat shed) up to where the goats will feed in the top field (picture one).

Work starts on or around the 22nd. But already the Mrs, who initially thought I was a bit bonkers, is warming to the idea of having a raised formal lawn big enough for a tennis court and her own business plan of a small glamping site.  We shall see about that. First things first. And yes, that is the river Dee in picture three, levels are rising though it is not yet flooding anything. 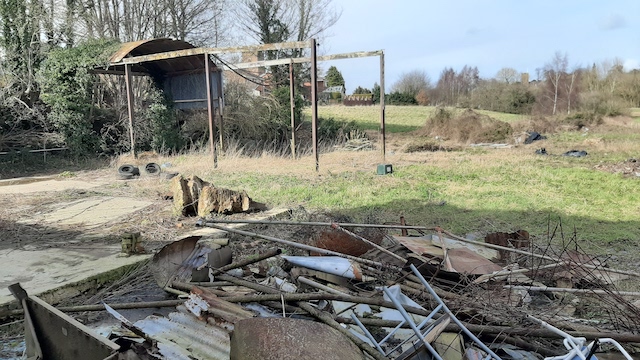 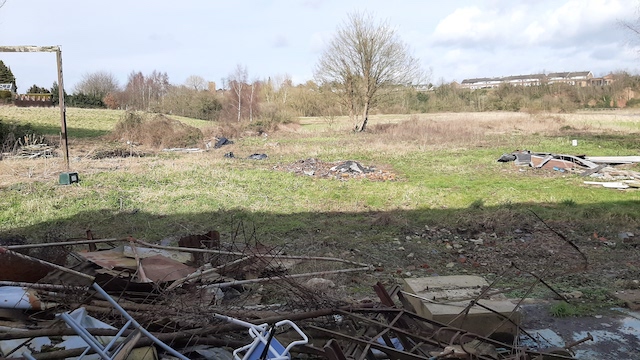 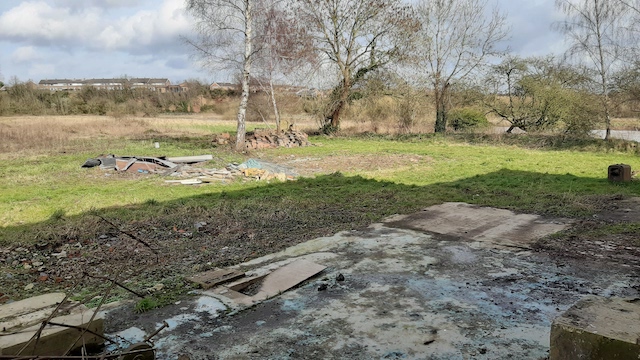