The marches yesterday for Palestine were not vast but were attended by folks like Jeremy Corbyn and will no doubt get widespread MSM coverage. But here is one photo from London everyone should see as it shows loud and clear the revolting Jew-hatred driving many to protest.

That trope of years gone by is back, the evil horned Jew with a hooked nose and blood stained claws. The blood libel. The stuff of Streicher. It is revolting and clearly a hate crime which the Police did nothing about. The crowd seemed happy to have it in their midst. Any decent folks would have demanded its removal but they did not. This is vile and it shows active Jew-baiting and hatred of some who protested and an acceptance of it by others who protested.

As Hamas rained down rockets on Israeli civilians last night, Israel again defended herself by attacking military targets. The two acts are not morally equivalent yet too many in the West claim that they are or worse, blame the side attacking military targets as an act of defence not the one targeting civilians just because they are Jews. As folks on yesterday’s march went home last night, at least some will have been hoping more Jews get murdered today.

That such Jew-hatred can be allowed to happen in London in 2021 is a stain on the entire City. 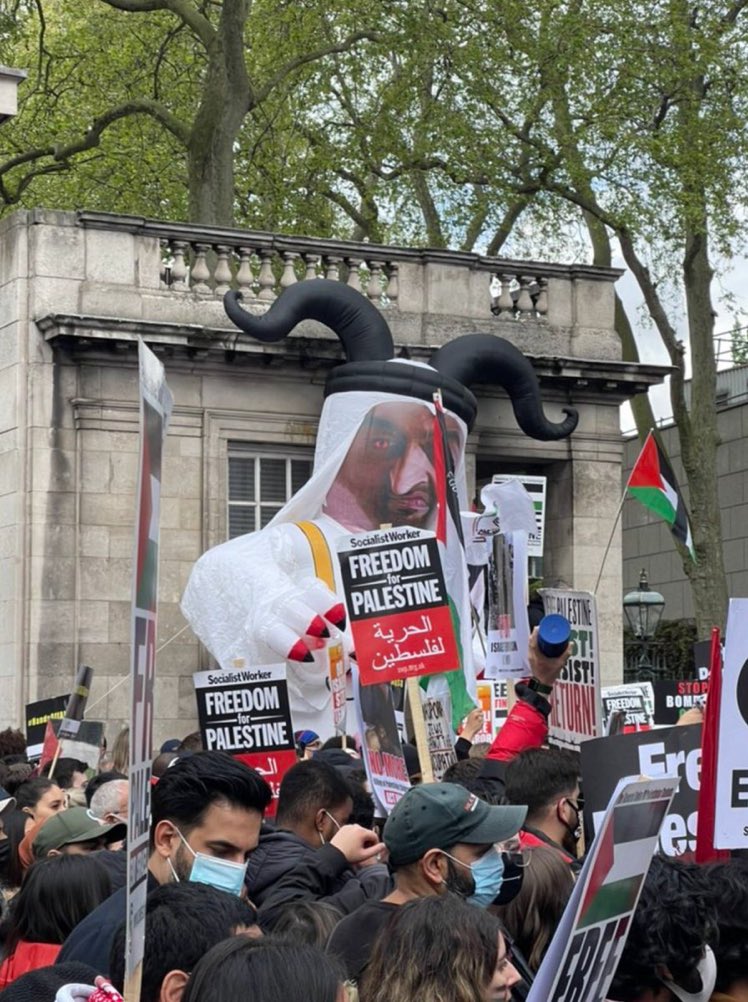