I need 200ml of the stuff to make elderflower ice cream so on Saturday I went picking elderflower, wading through grass, nettles and weeds in the top meadow which are almost as tall as me, in order to get to the bush by the churchyard. Twenty five heads went into a pot with the zest from four lemons onto which I poured 1.5 litres of boiling water and left it to stand overnight, under a tea towel.

This morning I strained the mixture squeezing every last drop of liquid from the heads, added in the juice from those lemons (throwing the lemon husks into a dish in which breakfast sausages were cooked), a teaspoon of vinegar and 1 kg of sugar.

Again, I apologise for going all metric but that is the recipe I found. The mixture was heated up until everything was dissolved, strained again and, hey presto, I have just under two litres of elderflower cordial. With a following wind, I shall make the elderflower champagne and the elderflower ice cream tonight.

This and my nettle beer and cordial is all small scale stuff but I plan to scale it and other home produce up over the next two years ahead of my next venture, as I start the gradual wind down of investigative journalism. 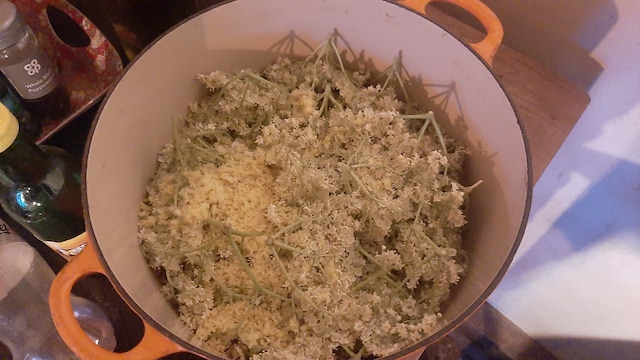 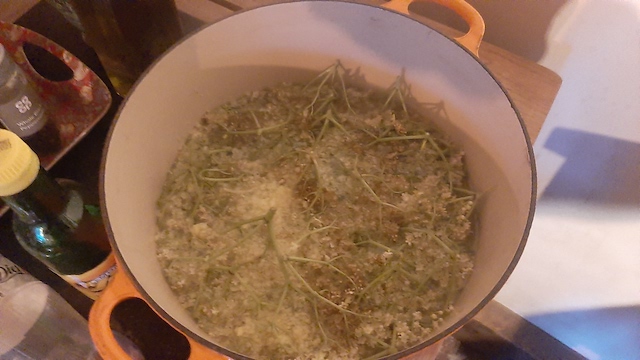