Photo Article from the Greek Hovel: A large table lands on my doorstep

With the aircon not working, Joshua and I were forced to share the main bedroom which also contains a stand-alone fan. Even so, it was hot and my sleep was not assisted by Joshua kicking me wildly as is his wont. Bring back the Mrs and her snoring. The net effect was that we slept late and when we eventually wandered outside and up to the upper level for breakfast, we found an enormous table sitting at the top of the steps which wind above the bread oven and lead to the kitchen.

This is the one I had ordered some time ago from the carpenter whose catchphrase is “on my mother’s life it will be done by x”. Needless to say, today was well past x and yet again the poor old lady faced a meeting with St Peter.

Luckily we also had men here to install a water tank and drop off 1000 litres of water so that the air conditioning pumps work and, more importantly, we can get water out of our taps and have a shower for both Joshua and I are now fairly sweaty and probably don’t smell that good. And so one of them assisted me, tilting the table sideways and then lifting it through the main door into the kitchen and then up three more steps into the L shaped living area at the top of the house.

One part of the L was a new build on top of the old snake veranda above the rat room. Most of it is the new part of the house which has more than doubled its floor space and is above the main bedroom. You can’t tell where the two parts of the house join up but I know. Anyhow, the table is now in place. It is a good place for me to tap away at my laptop and can comfortably sit six, eight at a push. There is a suggestion that it will be where we eat our Christmas lunch this year but in the current climate who knows? 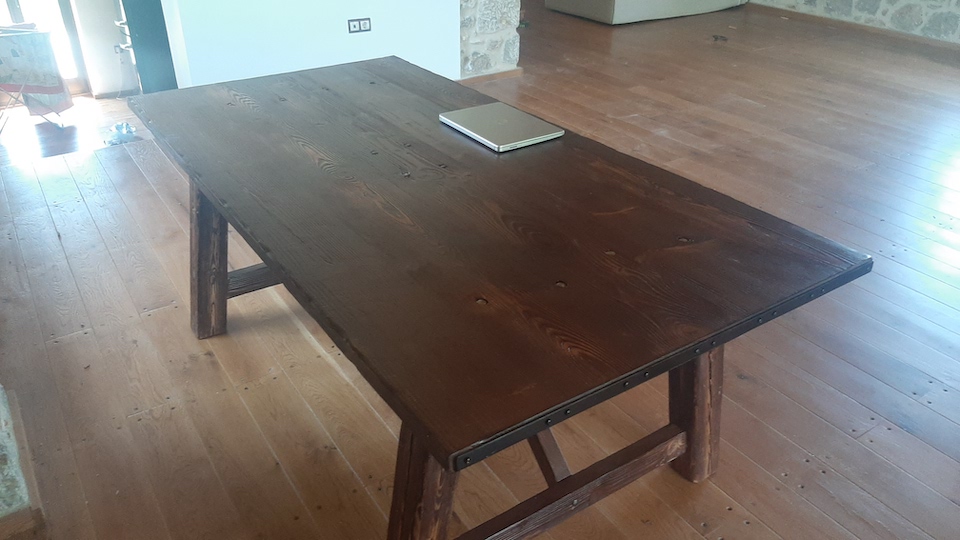