They climb as high as runner beans, perhaps a little over two yards tall and they look like runner beans except that they are purple. Anyhow, they taste great either raw, in salads, or cooked in which case they turn green. We are eating them about twice a day but I thought I’d stash half a dozen or so meals away for the winter as we go. I do have two other sorts of beans to pick and store but that is for later.

Half of what I picked yesterday were blanched, plunged into boiling water for 45 seconds and then into freezing water for a couple of minutes and then dried. The others are being frozen as they are. Both air-sealed packs should last for up to six months but will, I suspect, go before then.

On Saturday, an electrician is coming here to bring power to what will eventually be my office and a food store room but pro-tem houses a stack of junk but also a surplus freezer my father-in-law brought over. At that point, the storing of winter vegetables will start to ratchet up a pace. 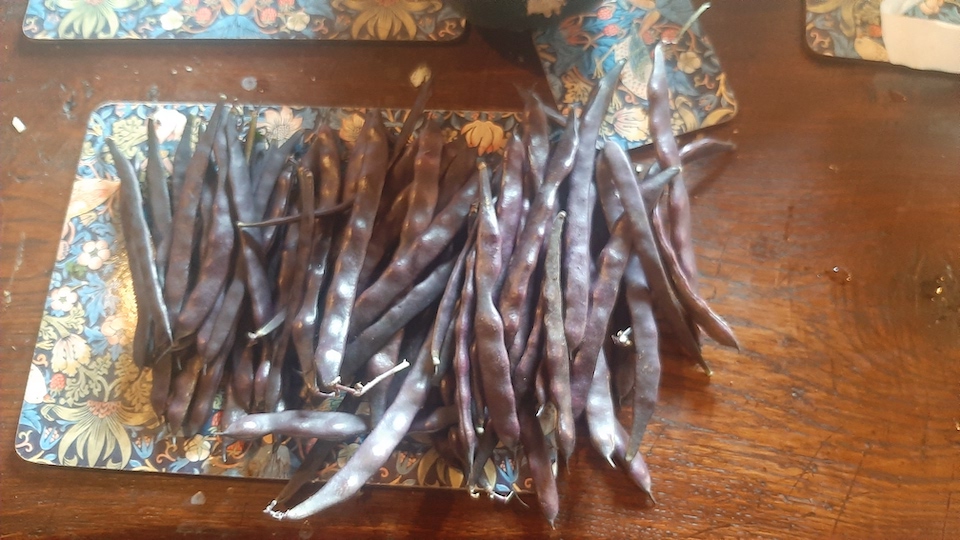 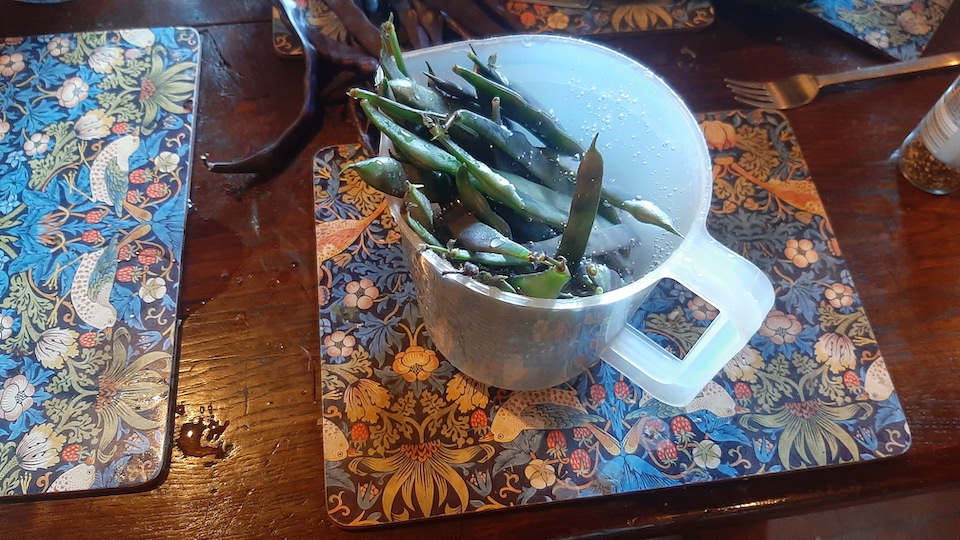 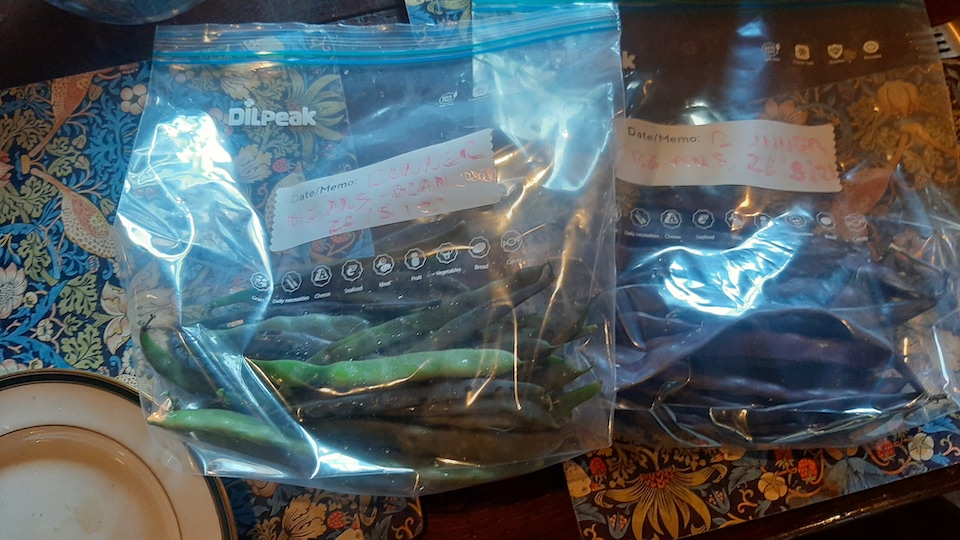