Forgive the big thumb in the first photo. I never claimed to be a pro! But at least you get to see Quincey the cat inspecting the farmyard and the progress made.

The barns were all reslated last year. Since June – with a four week break for Ha-Ha work – valiant bricklayer J has been working six days a week to repoint them and replace broken or missing bricks. The reverse, Ha-ha, side is now complete and as you can see, at ground level so too, bar one four yard stretch, is the farmhouse side of the barns. Next week a mini scaffold arrives and we might just be less than a fortnight away from the completion of the job.  At which point J moves onto the house.

Oddly, lower levels can be harder work as there, previous owners have repointed with cement which not only has to be removed and replaced with lime mortar but also causes bricks to “blow” meaning they too must be replaced. So finishing off the upper level should be relatively rapid. The barns then need new or refurbished doors and windows and that is an Autumn 2021/Spring 2022 project.

And then there are the insides.  My aim is to have three of the units refurbished by the spring: the chicken barn and the goat shed, the top L,  and the tools shed/hay loft which is the closes barn to the river. The wood shed, ext to it, needs almost no work and that will just leave the big central barn whose ultimate purpose is, at this point, unclear. And financially it will be the killer.

The house has even more cement used on lower levels including on one or two internal walls. My guess is that J will be here until very late March at which point we should all be done. 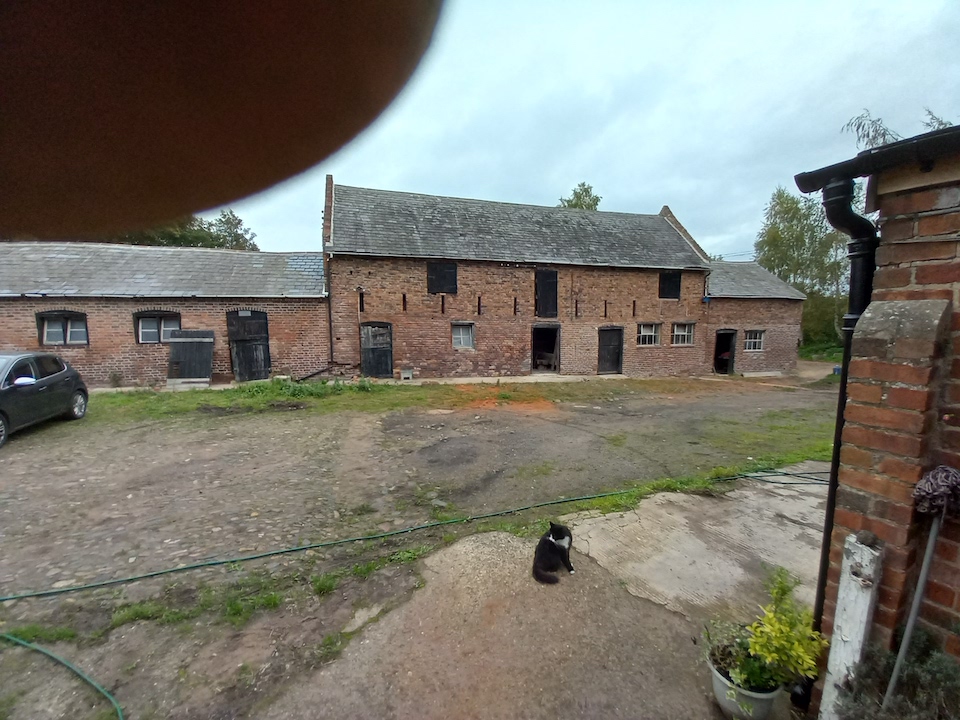 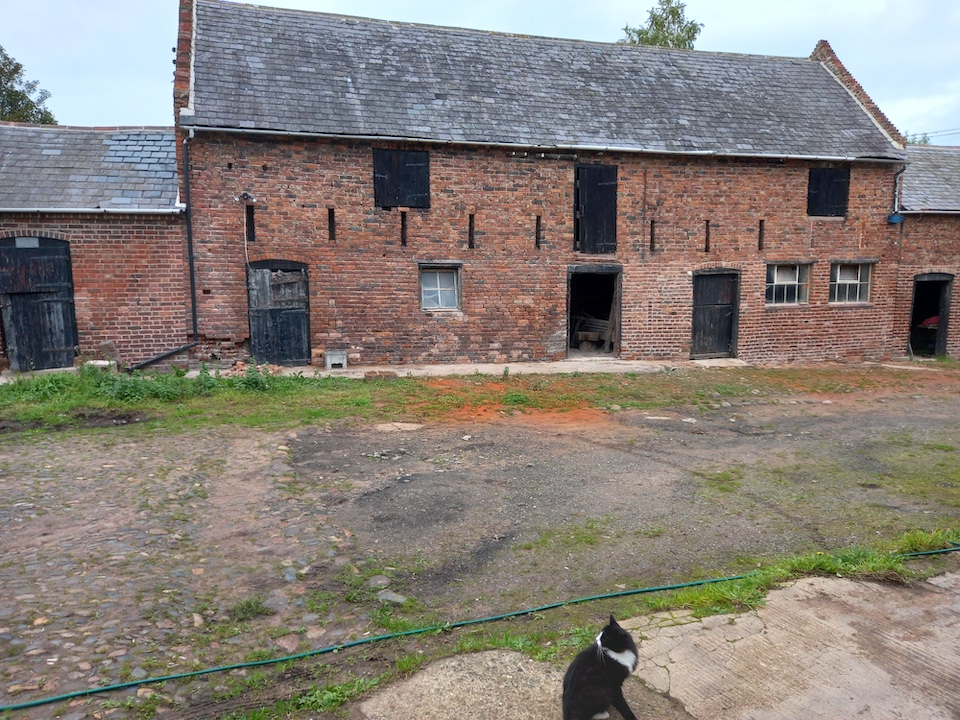