Question: What is the difference between Christmas & Diwali? Hint it is all down to global warming & when will the caterpillar genocide begin?

For the avoidance of doubt I am delighted that people of faith celebrate their festivals however they want but it seems that those who run our lives, that is to say the sleazy meddlers at Westminster, take a different view and that is the answer to my first question as I celebrate the wankfest that is COP26.

MPs from all parties have rushed to congratulate their constituents on celebrating Diwali, a fun festival which involves brightening up the world with lots of bright lights. Below is one Tory MP , Eleanor Laing, doing her bit of bigging up Diwali but all the MPs were at it.

Meanwhile the all party grouping on Dark Skies has cited COP26 environmental concerns to suggest that those right at the bottom of the pyramid of victimhood, that is to say Christians, should be turning down their lights this Christmas to save the planet. It strikes me that a Diwali light is, in terms of saving the planet, just as much of a threat as a Christmas light. So can anyone explain to me in purely logical terms the differing approach?

Meanwhile new research from the Natural Environment Research Council has shown that caterpillars emit more methane each year than cows and are thus motre of a driver of global warming than poor Ermintrude and her pals, if you believe the fake science of the cultists.

Up until now the doom goblin Greta Thunberg, Carrie Antoinette, David Attenborough and the entire staff of the BBC have been urging us to all eat less meat to save the planet. Surely, if one is to be logical, we should, instead, be organising caterpillar genocide? For the avoidance of doubt, I do not advocate such a policy but it is the position that a logic driven cultist should be takeing. So go on doom goblin when are you going to start butchering the butterflies? 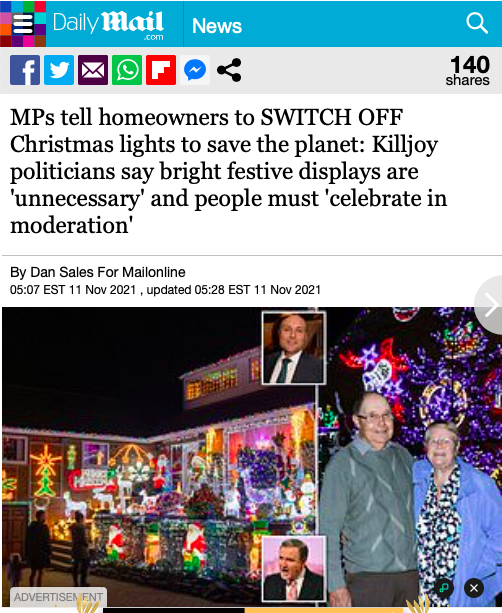 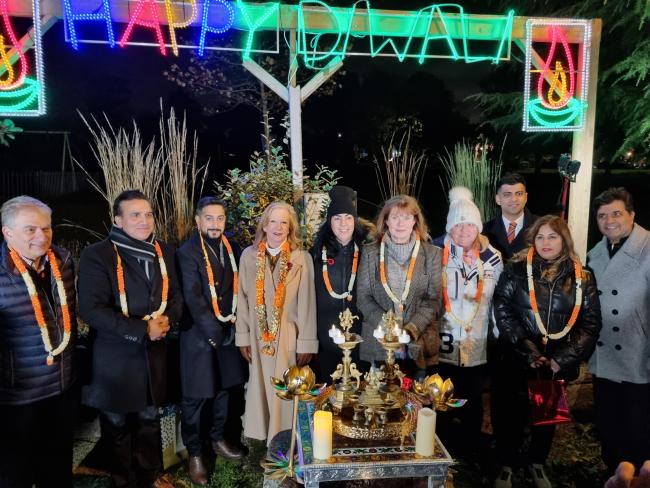