The Perfect Christmas Present for a deluded lefty in your life

Simply right click the photo below of two innocent men smeared by Joe Biden, the Democratic Party of America and the mainstream media but who were none the less found not guilty as charged. Then frame it and pop it in the post with a covering card featuring Jesus wishing the sort of folk who celebrate a  God free “happy holiday”, a very merry Christmas. Trust me they will love it. I am already planing it for both of my sisters, the Mrs and for thirsty daughter Olaf.

The man on the left is both the last and the next President, Donald Trump who was not a Russian asset as the liberal establishment claimed in two failed indictments. On the right is Kyle Rittenhouse a white man accused by the left of a racist killing of two other white men and also, rightly, found to be innocent.

What a perfect gift this would be alongside a book by Roger Scruton, Mark Steyn, Ann Coulter or Peter Hitchens for any deluded folks among your nearest and dearest. In my family, that means almost the lot of them. 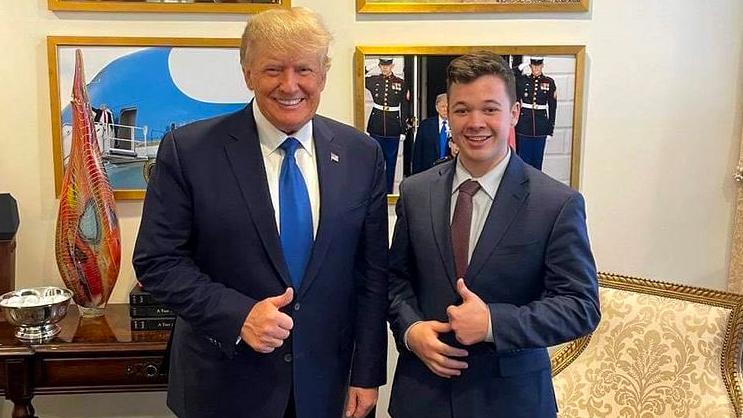