Some of these women with penises seem to play by a different rulebook to women who don’t have penisies or, as you and I might describe them, women. A few weeks ago we discovered how some lesbian women with penises reacted badly to lesbians who did not want to have sex with them. Last week the Girl Guides, a body which booted out and smeared as bigots some old stalwarts back in 2018 who had raised conncerns when the organisation embraced the idea of recruiting teamleaders who were women with pemises, had a spot of bother with two such leaders who seemed to have somewhat strayed from the path of rightousness.  Now meet Chloe Thompson a 41 year old “lass“from Middlesborough.

No doubt “she” will demand to go to a women’s prison if convicted and given an appropriate puishment. And no doubt the supporters of trans rights will argue that only a bigot could oppose such a ruling. Chloe’s fellow inmates in a women’s jail are lower tha Chloe on the pyramid of victimhood and thus they have no rights to defend. It is probably a hate crime to describe this all as lunacy. But surely it is precisely that? 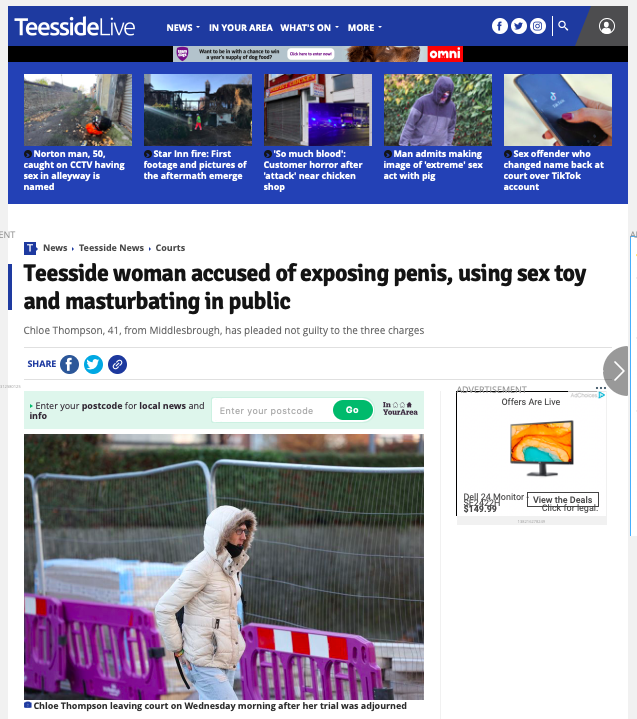