You smelly, stupid Brext voting peasants this is what the academic intelligentisia thinks of you

I thought that Dr Elliot Bulmer was a parody account but I have checked himout and he really exists. He is a Scottish academic and thus far cleverer than smelly oiks like you and I who might have voted for Brexit or voted Tory and really don’t have any idea of what we are doing. He remainds e of my wife’s friends and an email round robin ahead of the Euros a few years ago.They are all lefty academics in the liberal arts.

One made a joke about Brexit and I came back with how 40 years of hurt for my family would be healed by a win in the referendum as well as in the football. Immediately a couple of the patronising bastards piled on with comments about how, with respect – which always means the opposite -  Brexit was not about emotion and if I knew as much as they did I would have been voting to stay in.

Growing up with an Uncle and Godfather like Christopher Booker and indeed with a grandpa who had campaigned for No in 1975, Sir John Winnifrith, I have been deluged with facts and discussion about our relationship with the EU all my life. But folks like my wife’s pals and Dr Bulmer cannot consider the idea that we Brexiteers might study and be clever.

Dr Bulmer’s view of folks like him, the sophisticated Remaining elites, and of folks like my wife though she is yet to fess to her friends, myself and and all of the other 17.4 million peasants is below and for you to enjoy. 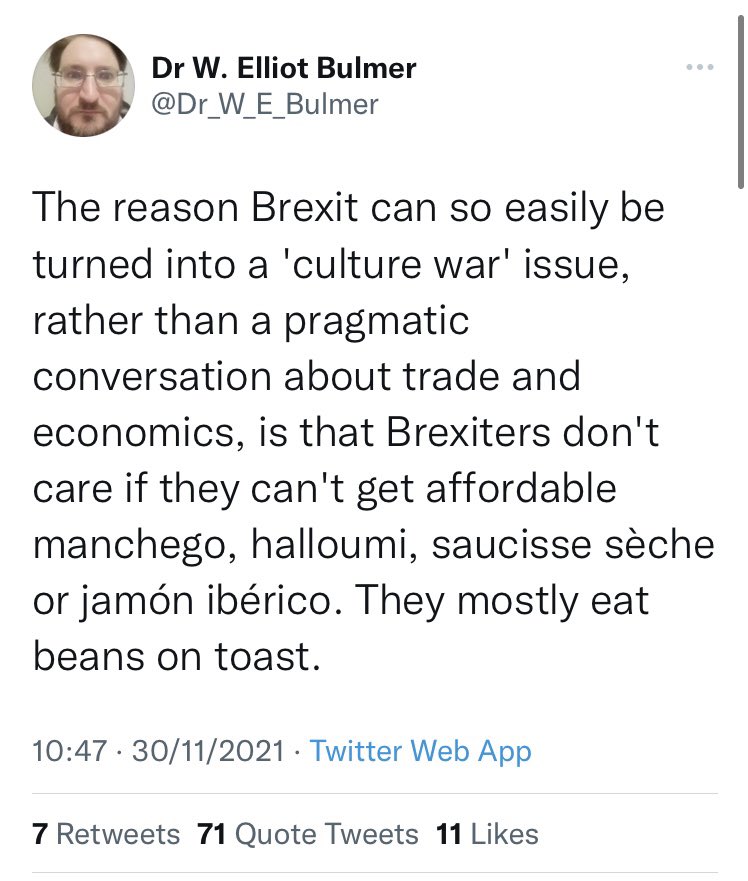