Another early start saw harvester B and myself working in really rather unpleasant rain. There could be no delays if he was to make his way to Mystras.

We re-seived our sixteen bags, removing leaves as we went and I ended up tying knots on nine and a half bags. If that was an Albanian bag it would be 457kg. In the end our harvest was 366 kg. I am getting better at this but as the chap at the press insected my knots he suggested that he might need to give me a lesson for next year.  Loading five bags at a time we dropped them off at the press by eleven, B headed off to Mistras and I tapped away at my keyboard in the Kourounis taverna, breaking only for lunch with mad lefties L&G who have now arrived to spend the winter here.

In the late afternoon as it got dark, the Kourounis taverna got a call and my olives were ready for pressing. Phto one shows the press and photo two my bags being emptied into the hopper. From where, in photo three, they head up an escalator which also takes out most of the leaves. As you can see in photo four, my bags still had far too many leaves. It was better than last year but I need to work on this next time.

The olives are then washed with more leaves removed (photo five) and then head into a giant crushing machine (photo six) which turns them into a brown tapernade.  There are several crushing machines in a row and, as you can see in photo six, one has my name on it, photo seven. The tapernade is then seperated into a brown mush which is heaped in a large pile outside for removal to Kalamata for a secind press. The oil, which is by now a bit warm, flows a flourescent green into a big tank (photo eight) and then into another from where, in photo nine, an unmasked man who speaks English seperated 15 litres which will head back to Airstrip One with me and left therest going into a huge tank as I am selling it to the press.

The good news is that with alower leaf content and higher prices caused by the rotten harvest, I shall have 3.5 Euro a litre added to my Greek bank account. The bad news is that i sold only 40 litres so that I am 140 Euro better off which is less than the cost of fertilizer that Nicho the Communist insisted we add in the spring. And so, once again, I lose money on my olives. But, unless I adopt my cunning new business plan which, now that I come to think of it, I might actually do, I will continue to lose money on olives. Had I hosted just one dumb Londoner for £300 we might have haervested another few olives and I would have made a profit.  I shall ponder.

But it is all about the experience, seeing my friends here and those 15 litres willmake an awful lot of Christmas presents which are quite unique.

B arrived after the pressing was underway. With it complete, clutching my 9 sacks and three cans we headed off to what was once known as Miranda’s to ‘fess up the grim total to Nicho the Communist, Vangelis et al. 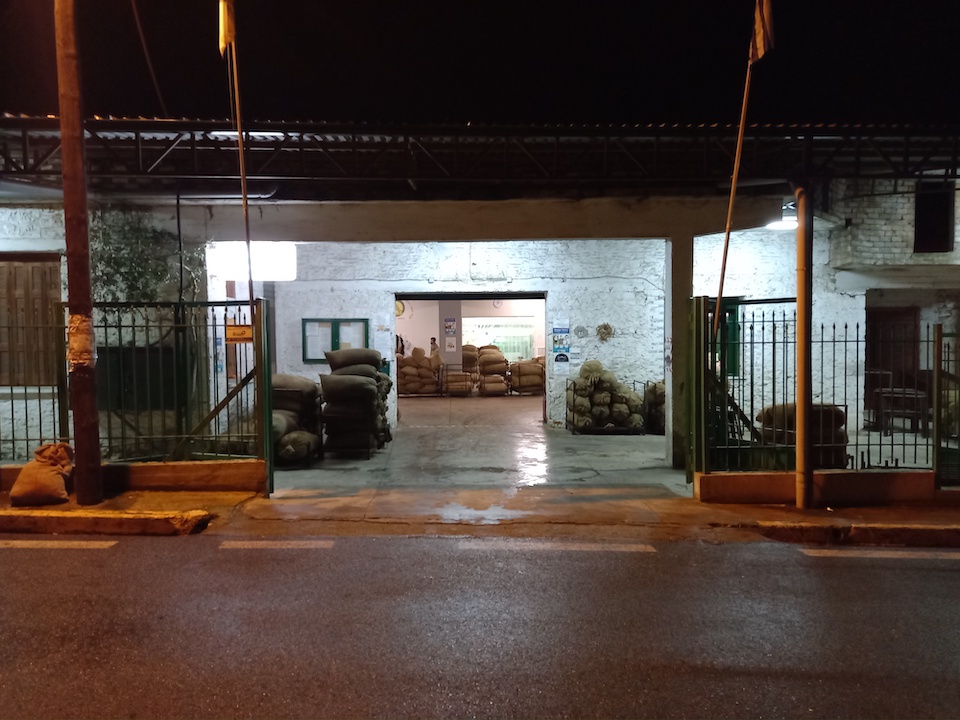 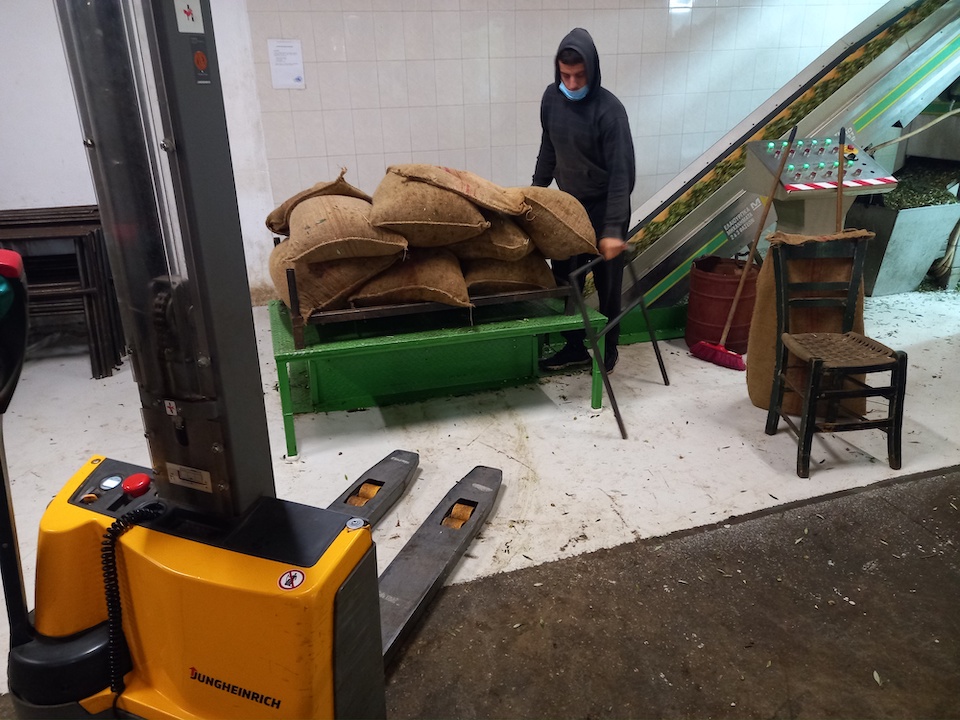 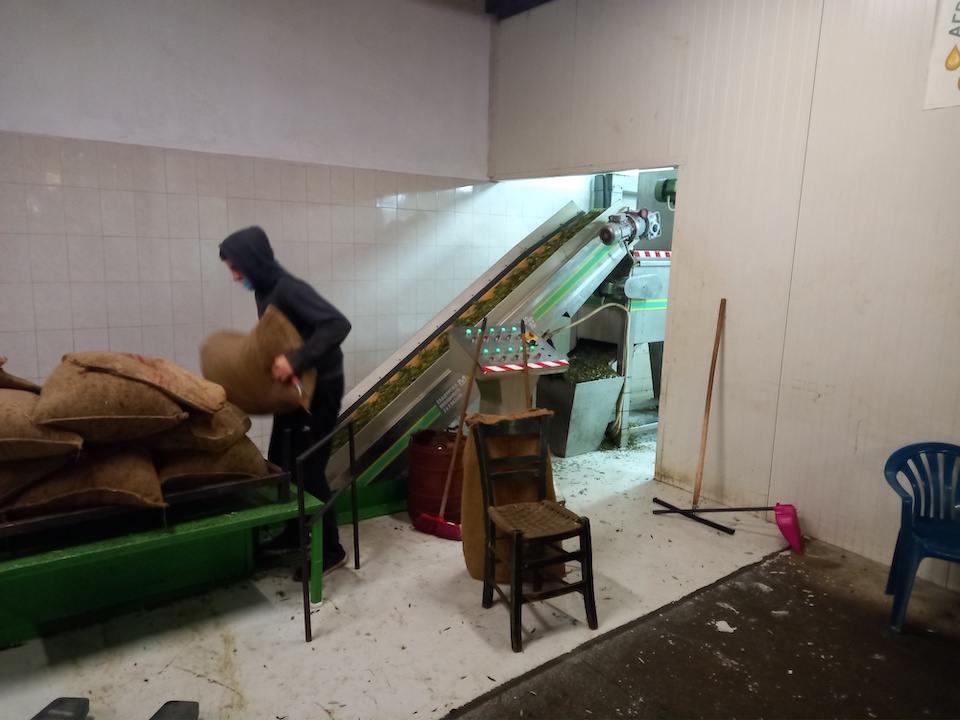 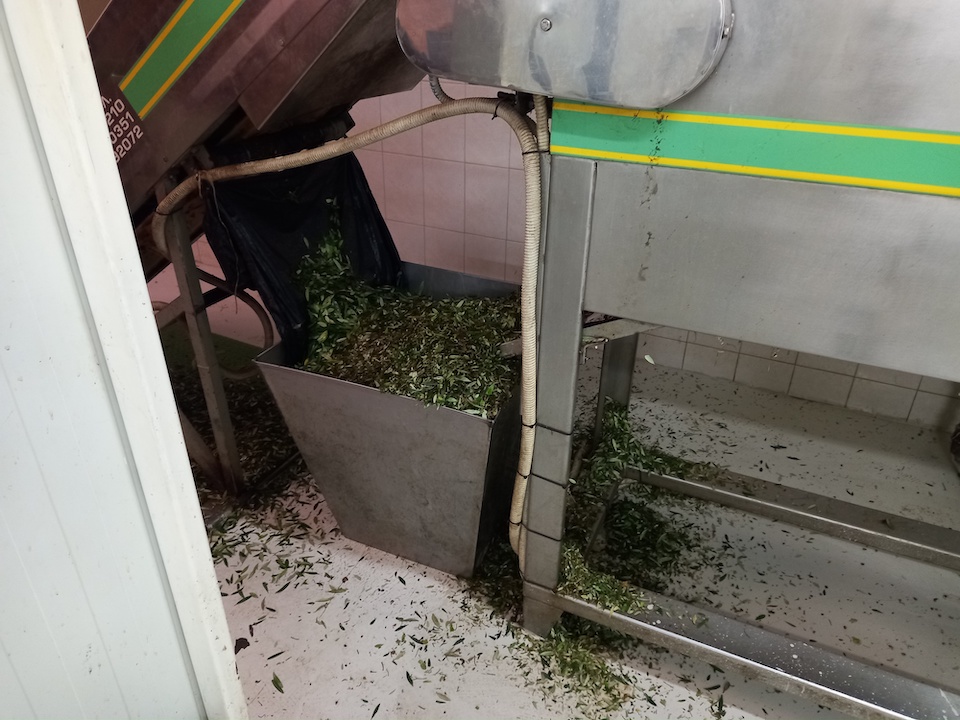 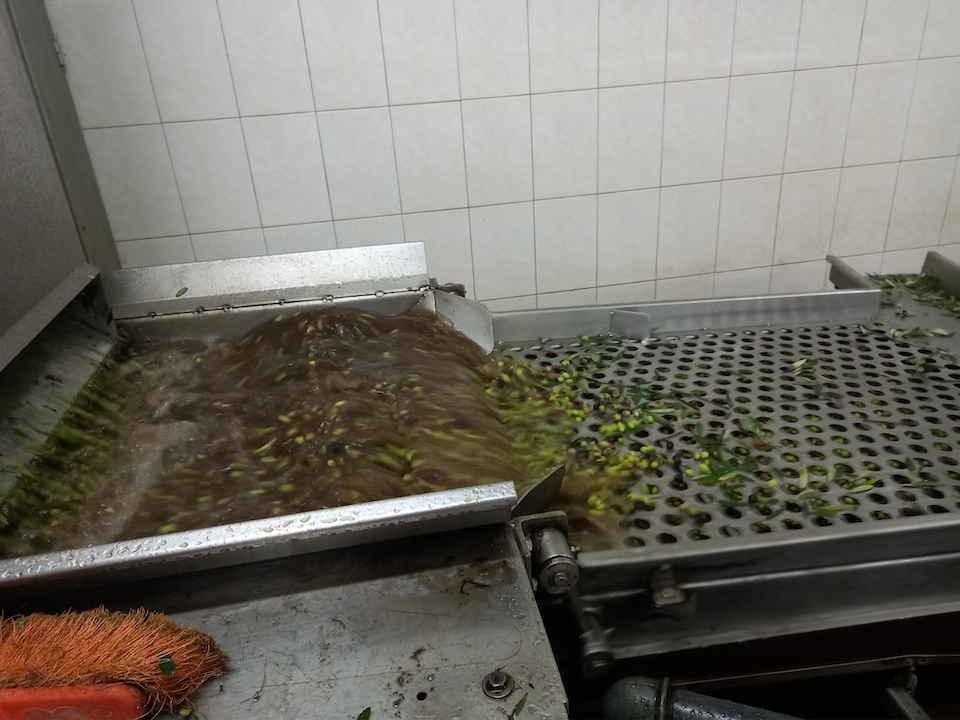 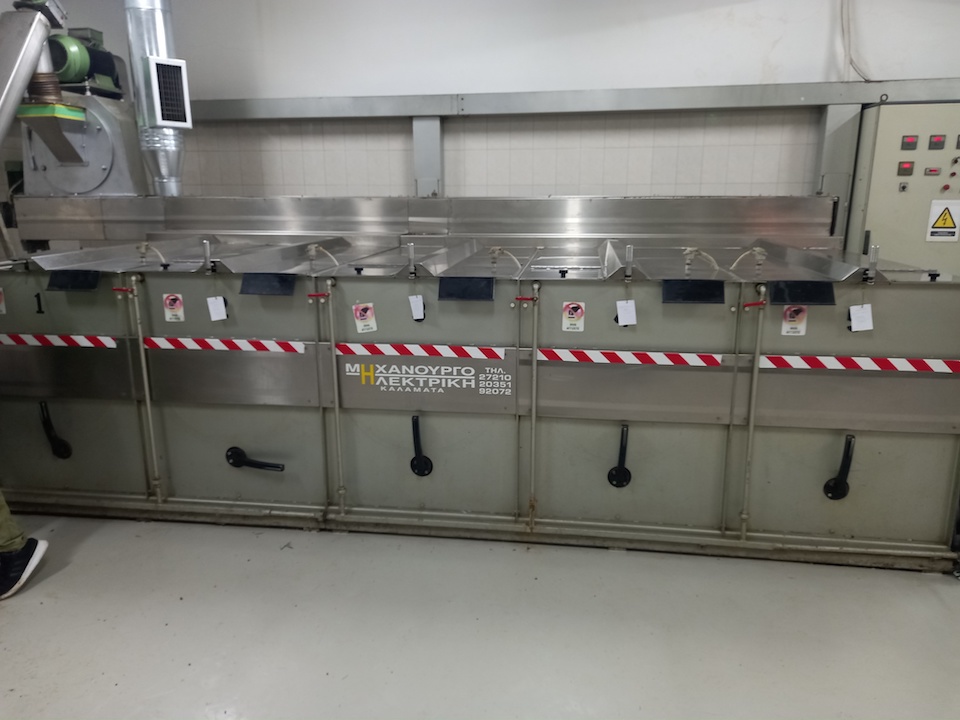 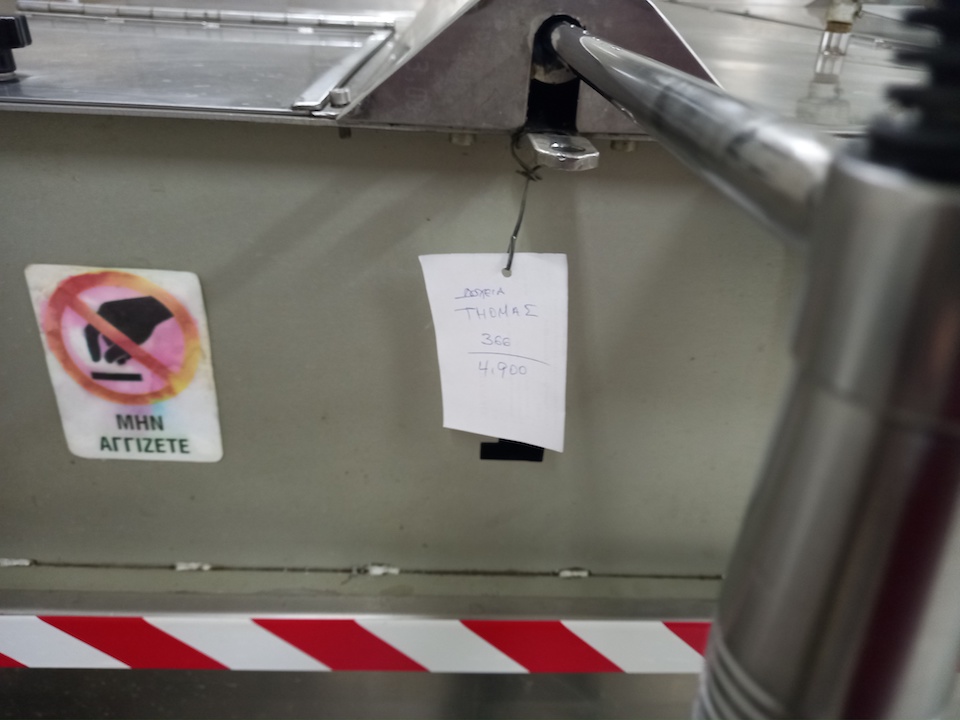 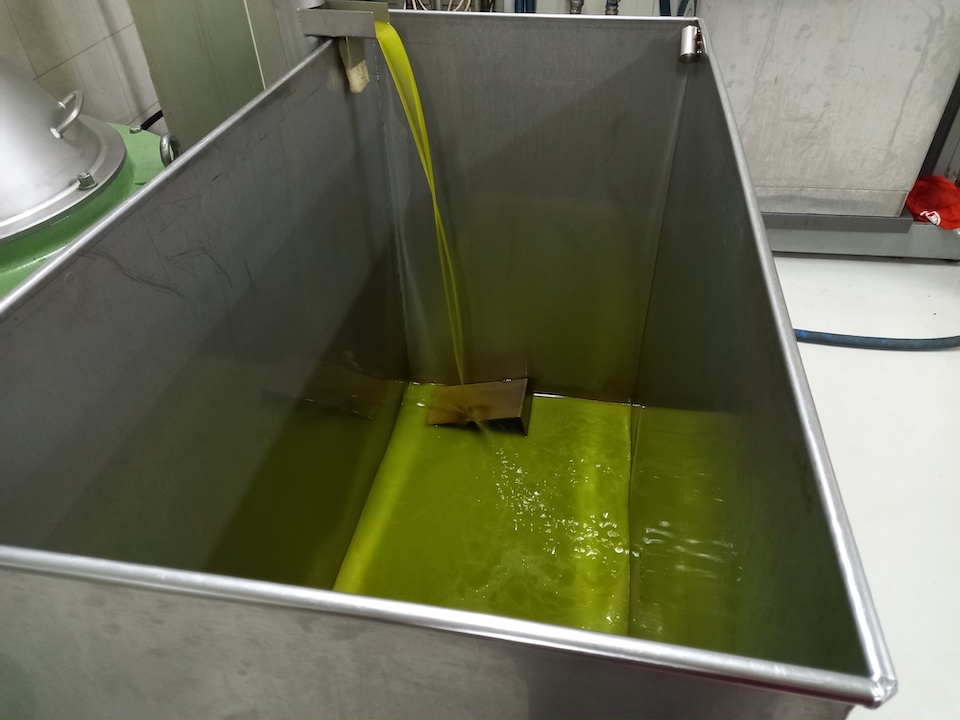 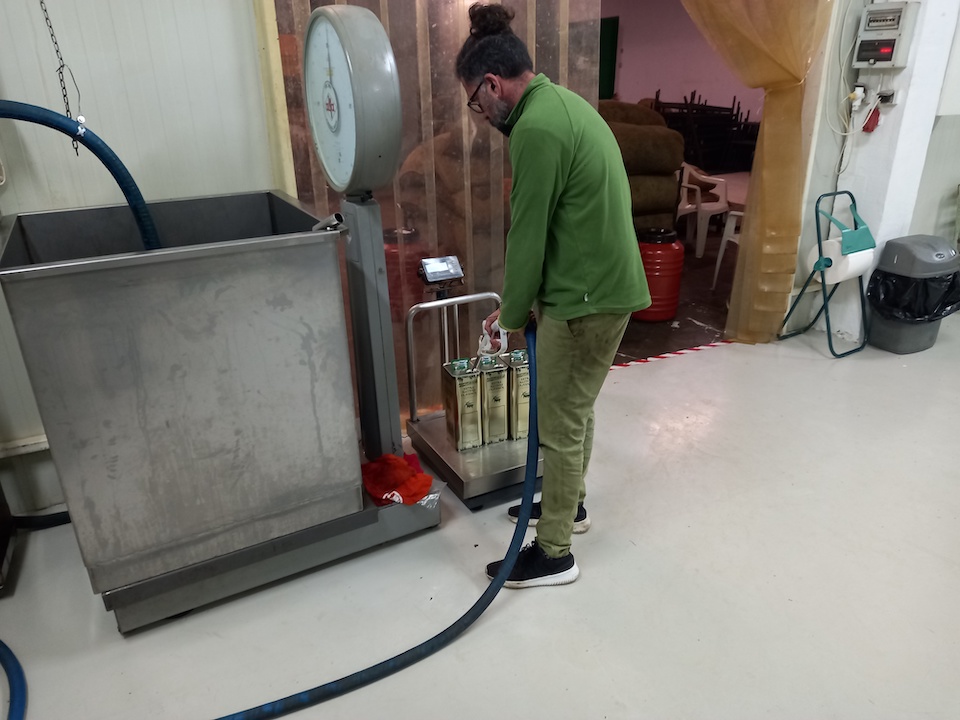