My late uncle Chris loved the Mani having been there on his first honeymoon and later with his family. Every year, when I arrived for olive harvesting we’d have a chat about matters including the state of the global warming. As you can see on the two photos below, if you look carefully up into the high taygettos you can see that the first snows have already fallen. In a year when the hottest summer in Greece since 1987 was wheeled out by the BBC and others as evidence of man made climate change, more global warming seems to have fallen at this stage then it has for several years.

The first photo is from Kambos at its high point near the new church, the second on the road out to the Greek Hovel from Kambos, leading us up to the mountains. 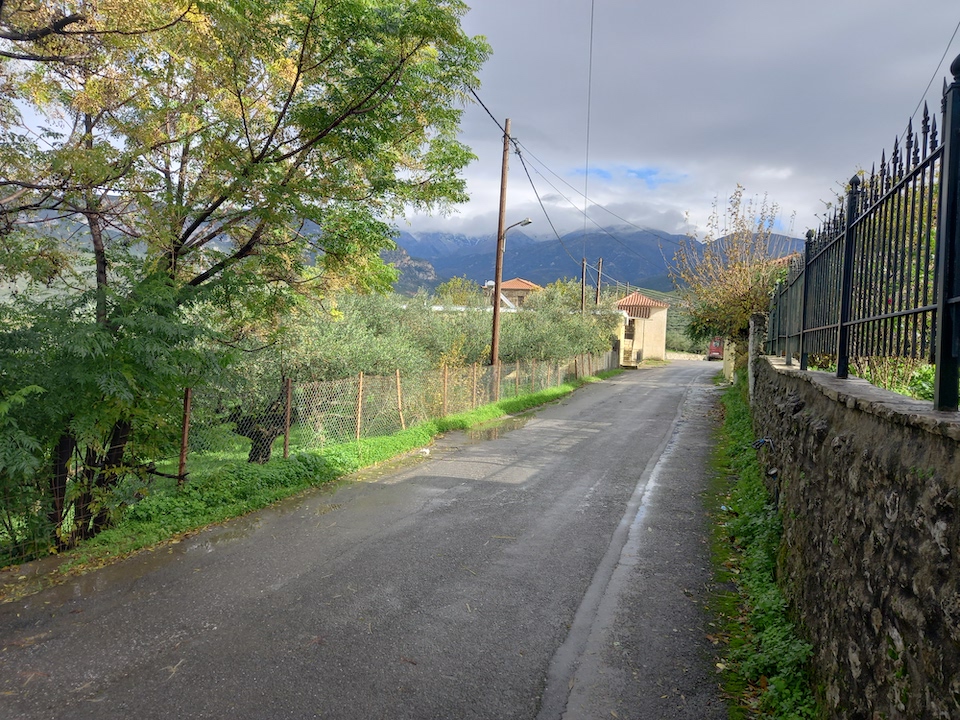 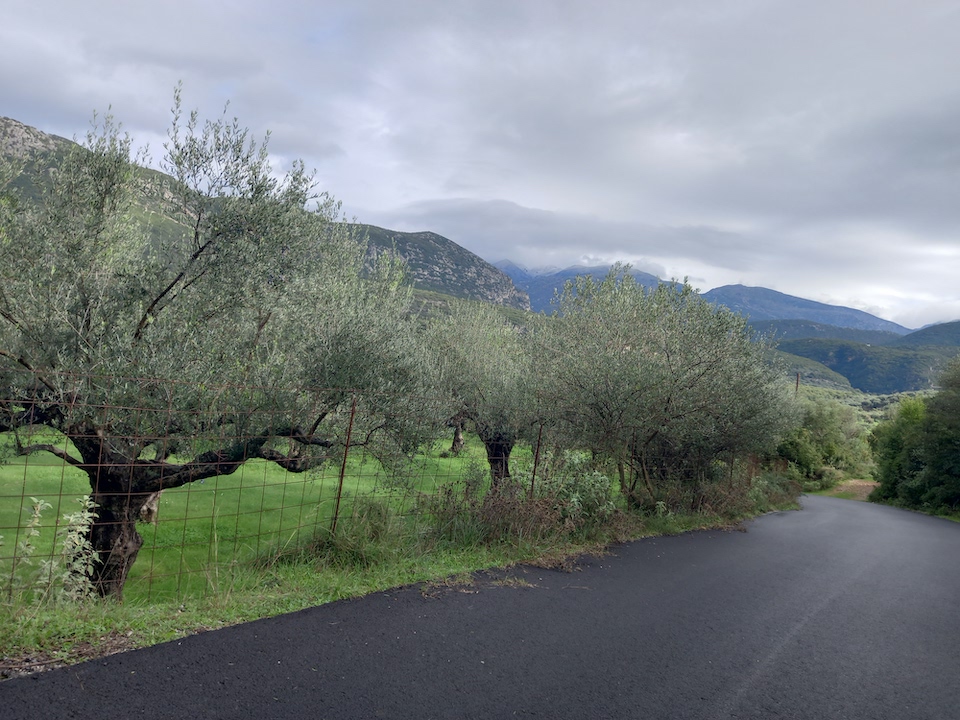