Photo Article from the Welsh Hovel - off comes the white paint, is that a hidden cellar door?

The former owners and the ones before that did some crazy things here at the Welsh Hovel. And that included covering two of the entrance walls with thick white paint. Almost three years since we got here it is all gone and has exposed some interesting brickwork.

The first splash of white was on the area around the back door to the farmyard and inside the outside loo which is on the right. As you can see in the first photo it looked ghastly but has now gone. Next up will be repointing this area, dealing with the ugly plastic piping and taking out that black entrance porch which dates fromthe 1930s. The slate roof over the larger porch area is new and will stay.

Look closely at the bricks now exposed below the big window into the utility room (taped up in this photo). Near the bottom there are some arched bricks and beneath them are newer bricks than the rest of the wall, concreted in  during,I guess, the 1970s. There is a cellar somewhere here at the Hovel, beneath the oldest ( 1650s) part of the house but I have yet to find it. Maybe this is the entrance. When we redo the brickwork all will berevealed as those concreted in bricks need to come out and be replaced with older Cheshire brick and lime mortar..

There is also,apparently,a hidden staircase somewhere here. I identified three places where I think it might be. I have now ruled out one so there are two places left to lift boards or remove a brick or two.

The second entrance where there was white paint is to the annexe which will shortly be fully renovated and will be available for Airbnb rentals, according to the Mrs who has a cunning business plan. The annexe is the newest part of the house dating fromthe 1700s and 1800s.

When we arrived this area was surrounded by a black porch built with corrugated iron and asbestos sheets. Newsapers wedged in between the outer wall and a palsterboard interior, dated the structure to 1939. Suffice to say,it did not add to the appeal of what is a listed building. That porch was pulled down last year,  Now for building a new slate, brick and wood open porch and replacing those ghastly tiles with a brick surface. We battle on. 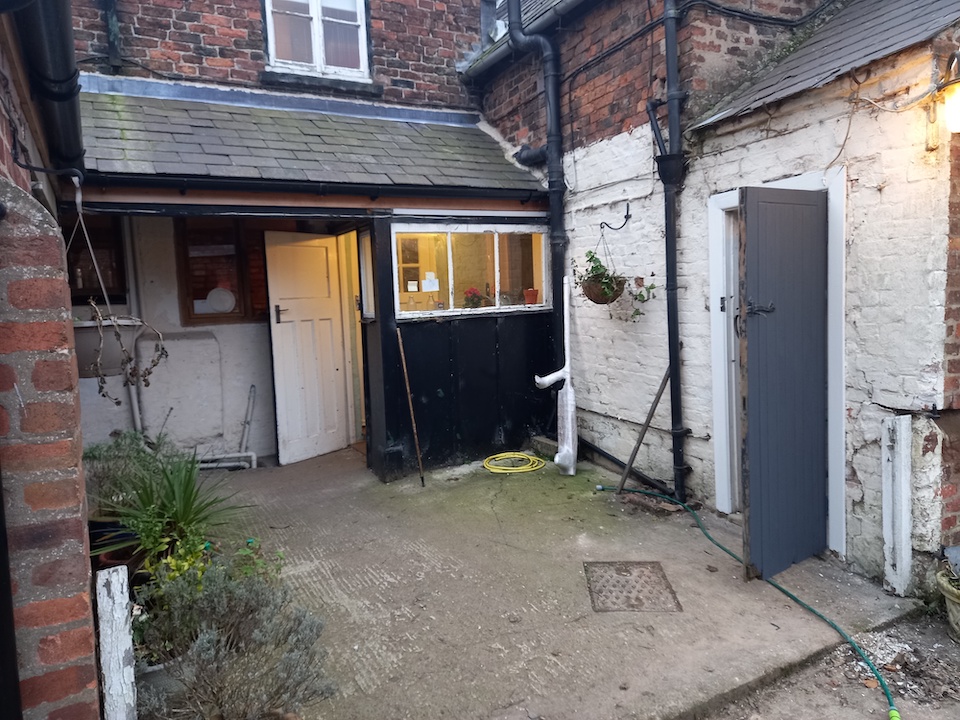 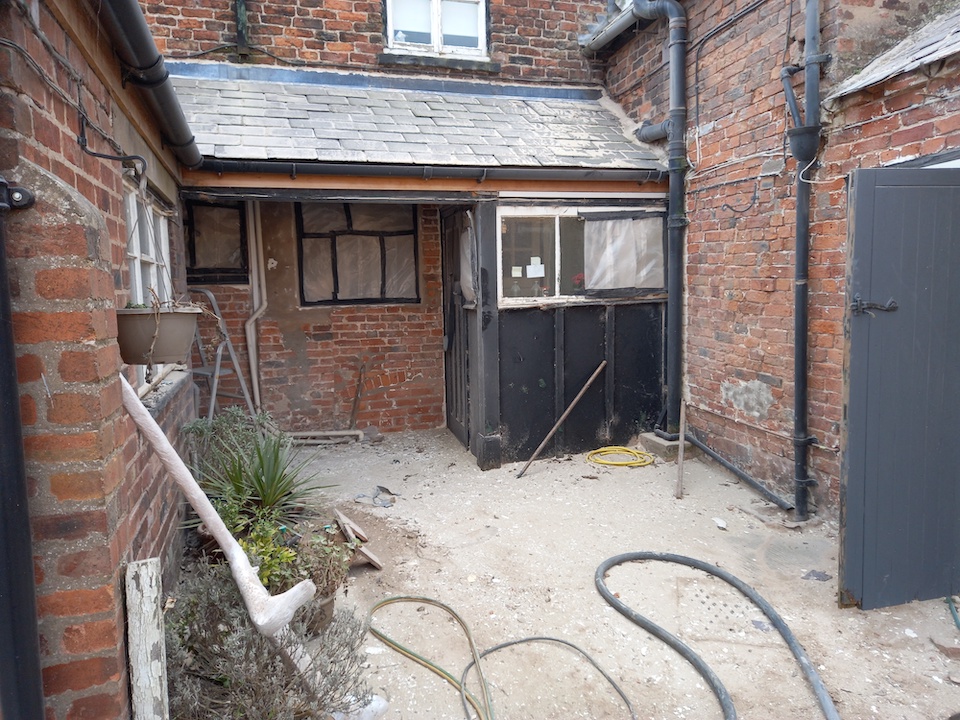 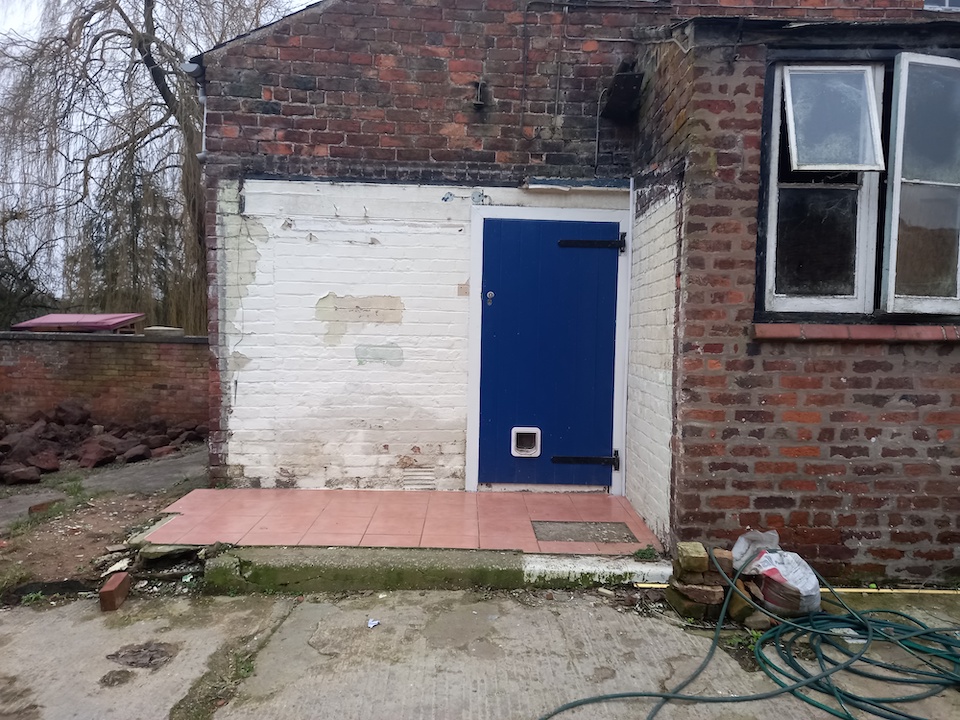 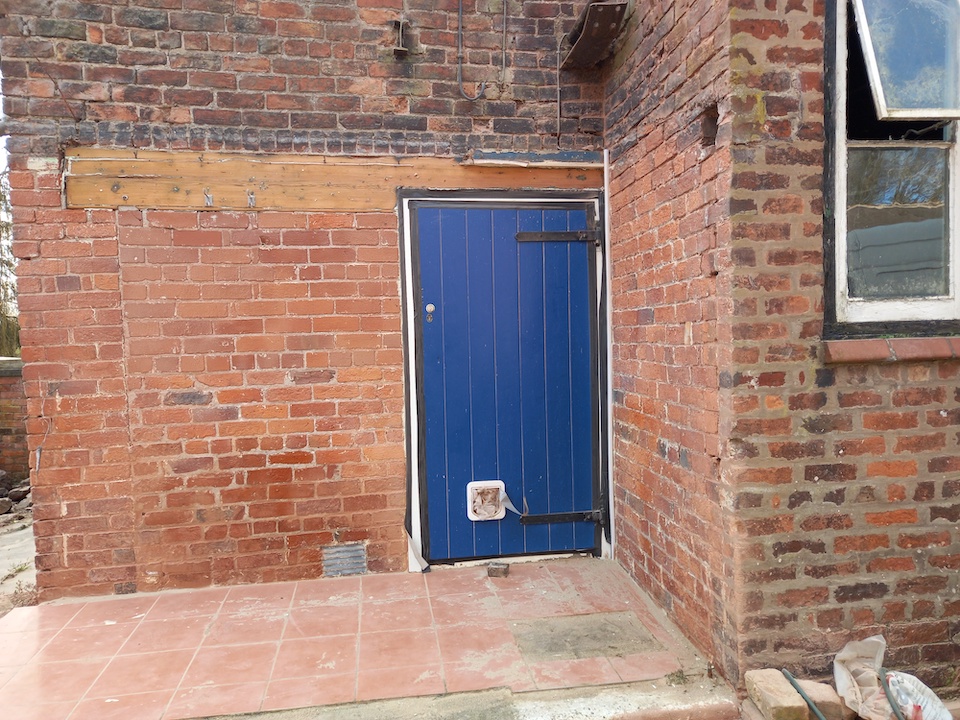