Later on I have a few snaps of the River Dee at the Hovel itself but first a few from last night and this morning from the 1300s bridge about 1000 yards downstream over to the infidels in England. First a couple from yesterday looking downstream on the Welsh side.

Normally that tree, a copper beech, is ten yards from the water and what lies behind it is a big field which sometimes contains cows. But now you can still see a bit of bank in places but, essentially, the field is a lake with water still pouring in. 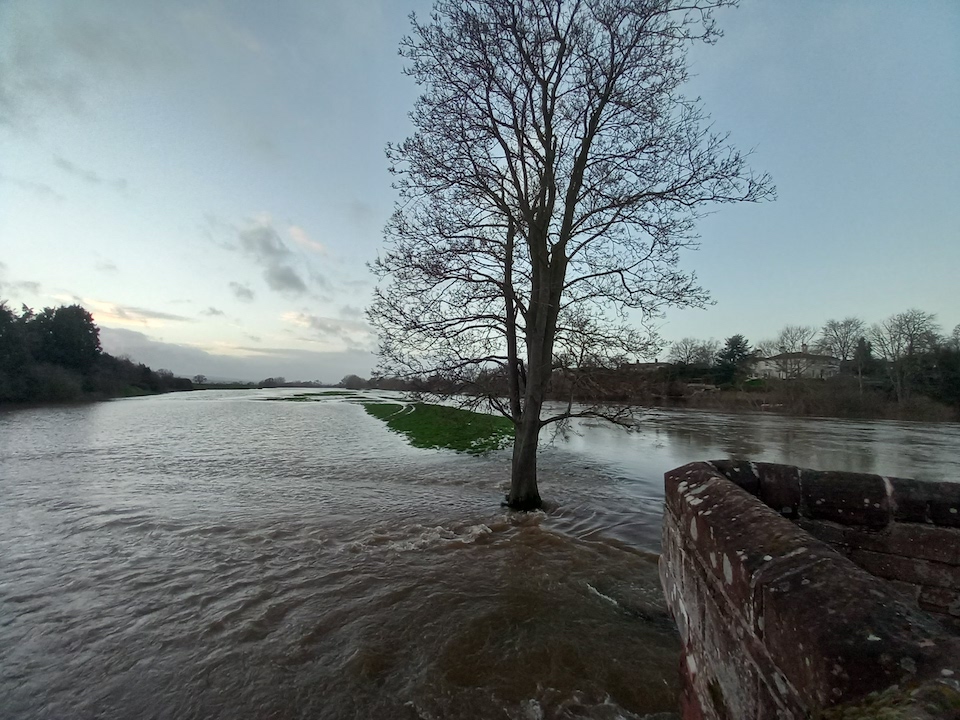 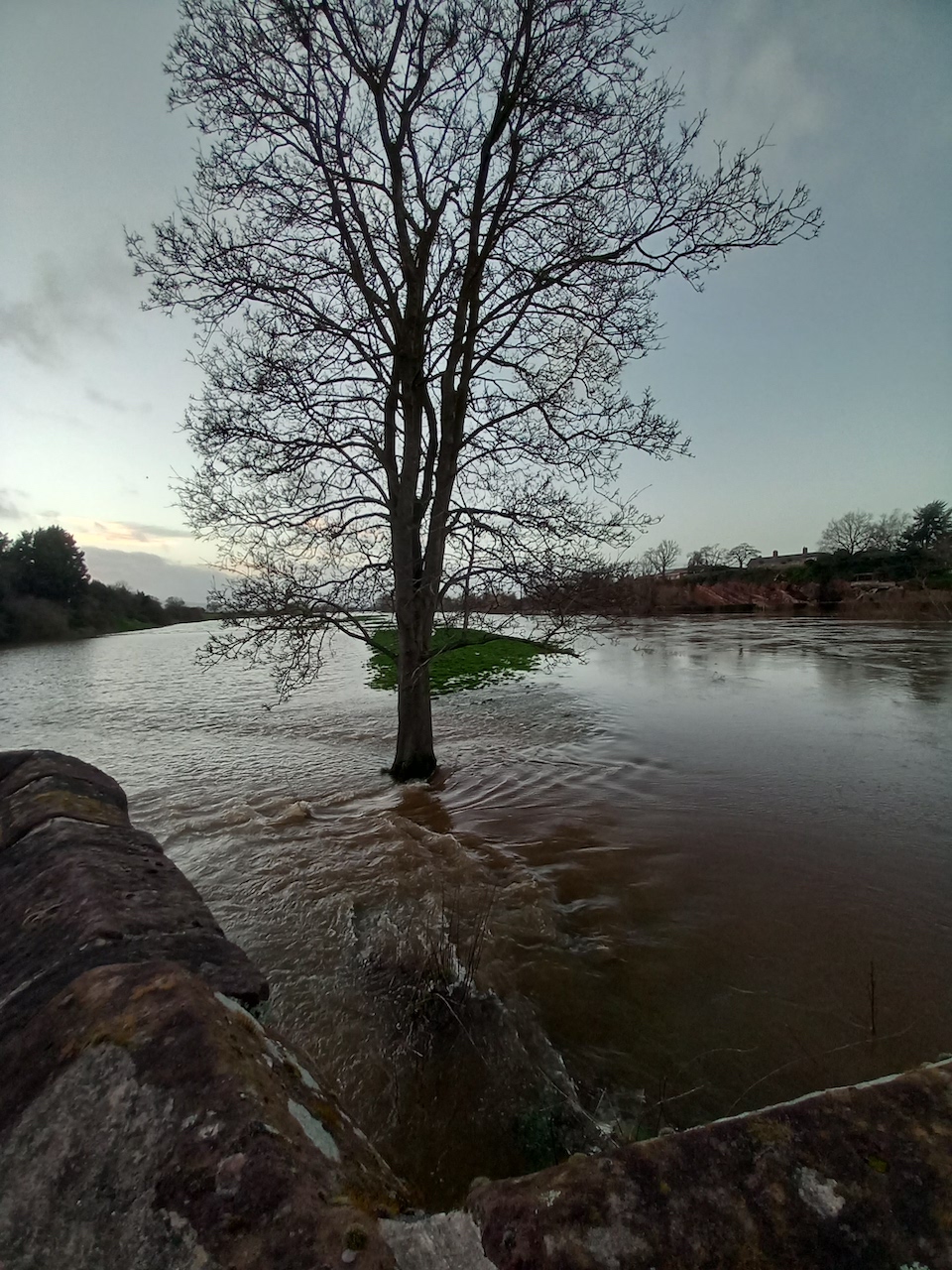 Now three from this morning when Jaya and I went for along walk on the hills overlooking the river on the English side. We ended up circling back to the bridge and on the English side looking downstream towards – 13 miles away – Chester you see the first two photos. The last from part way up on the hill looks over to fields in Wales including our far field which are now totally under floods. The ancient tree which has collapsed in the second photo blocks the path which Jaya and I normally use when going on a Tuesday walk along the river and which is my Woodlarks training walk. 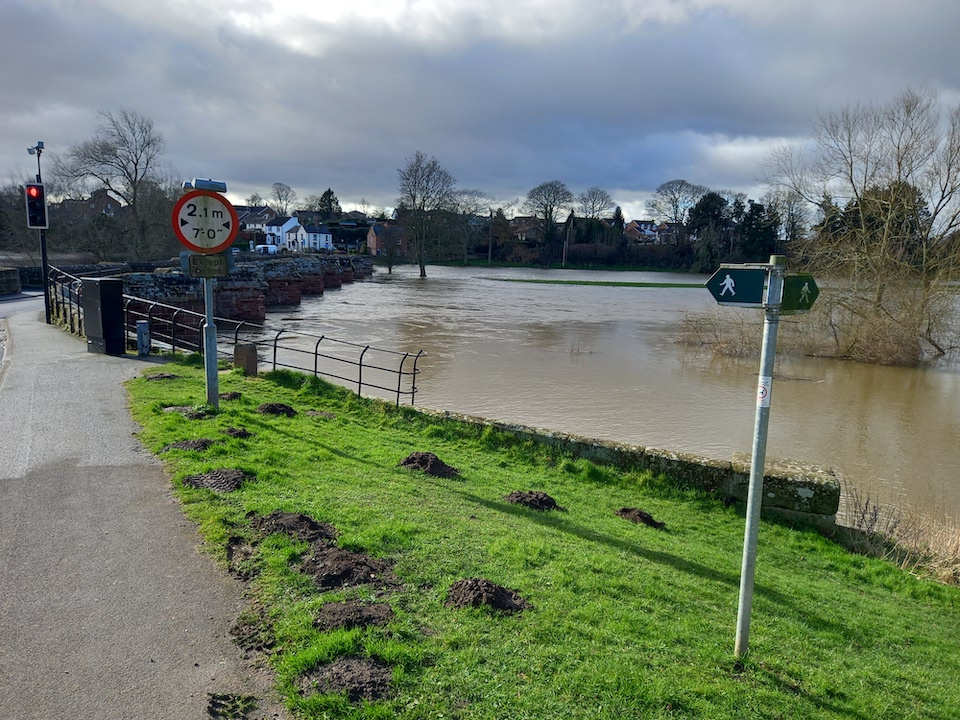 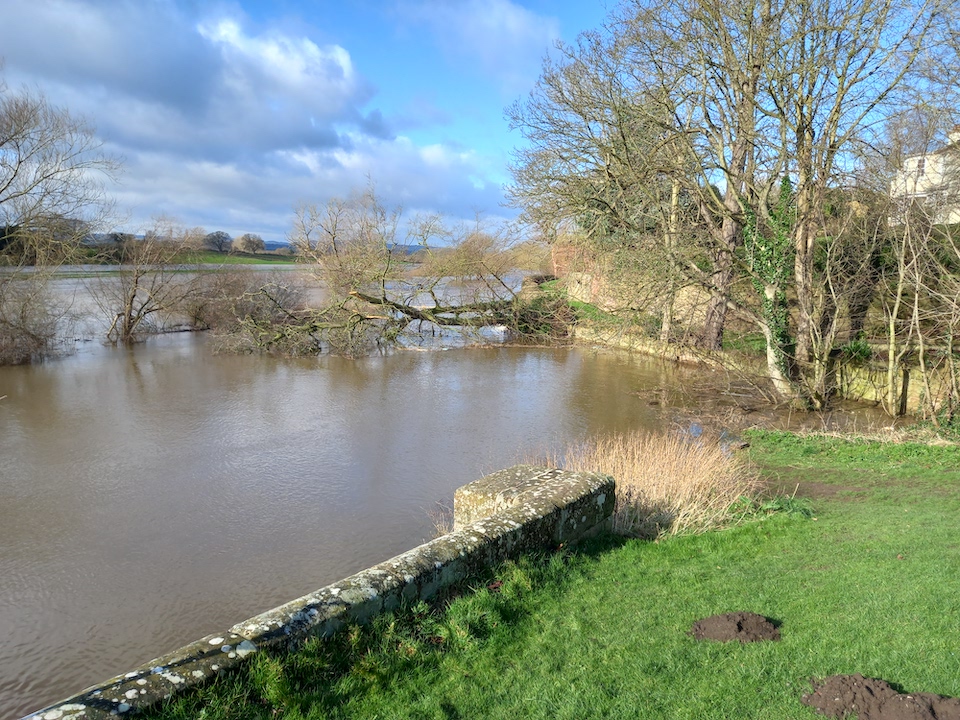 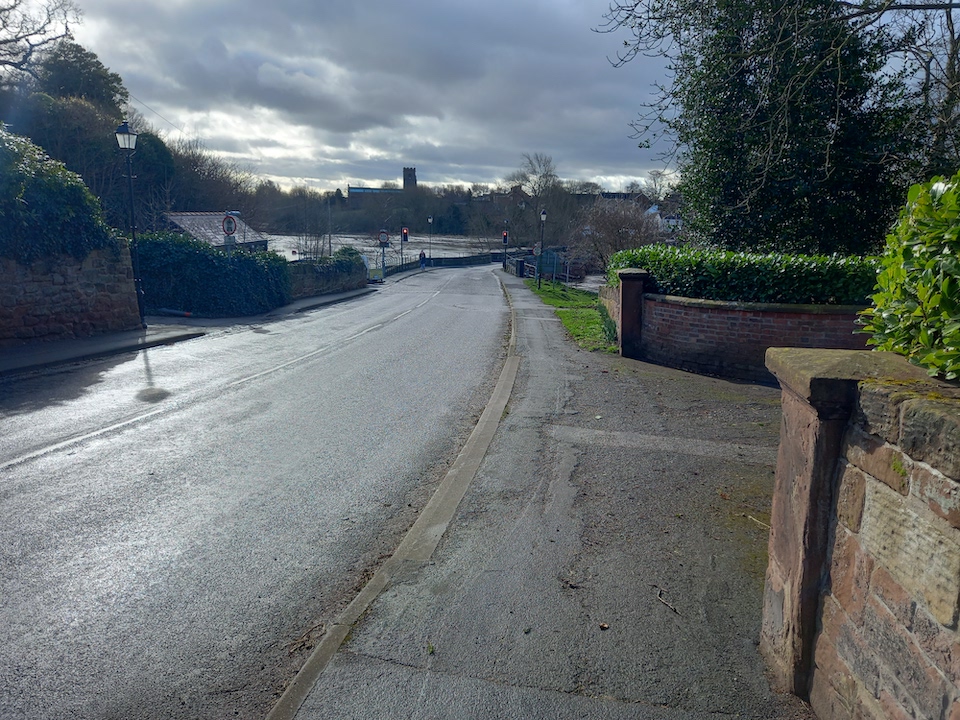