Last week, ten boxes of books headed to Greece, completing the library at the Hovel. But, still, all the bookshelves here in Wales are full, and I am packing additional books into storage boxes until a solution is found.  I do have a cunning plan. Occasionally, a gem emerges.

Yesterday, I found a book on the betrayal of the Cossacks, for which, of course, some blamed Harold Macmillan. He also featured in another gem, both of which sit by my bed for night-time reading, while the Mrs posts pictures of the cats on Facebook – something public sector workers are highly-skilled in doing.

Macmillan’s other appearance is in a book of Ronald Searle’s cartoons from the 1960s, which captures not only the swinging element of the decade in which I was born, but also the grey and conservative forces. Looking at the cartoons, it really was another world and now seems a very long time ago. Even the young hippies in it will now be almost eighty.

Occasionally, a newspaper cutting or a photo or a letter flutters from within the pages of the book. Among those surfacing yesterday was a photo of my mother, holding me as a baby, in colour. And, in black and white, my father, looking young and handsome next to a woman laughing and swirling her skirts. It is, I think, Mrs P, the wife of his best friend, “Vicious”, and latterly, Olaf’s first headmistress. 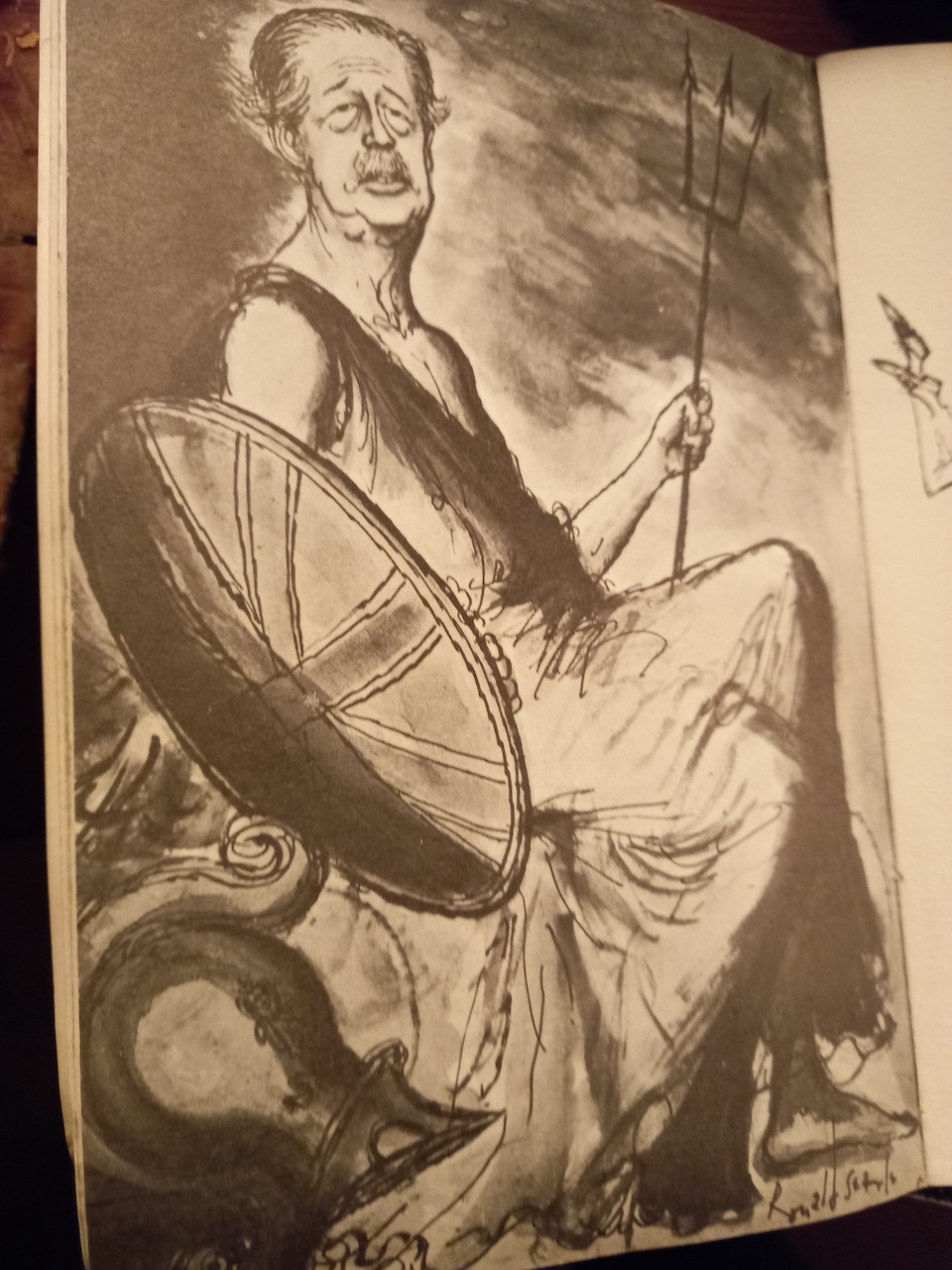