Photo article: I need a holiday - a day of high stress at the Greek Hovel

Tuesday was meant to be a relaxing day here at the Greek Hovel with only one renovation issue, the visit of the electrician to mend a light and an extractor fan.  He said he’d call two hours before he pitched up but in the end his call was at nearly 8PM to say that he’d be coming “avrio”. Everything is always avrio here in Greece. Except…

At about nine in the morning the removals folks called to say that there was a change of plan. My heart sank. More delays. Au contraire. My furniture would be arriving today not avrio as we had agreed. At 1 PM.  I rushed down to the village to prep lovely Eleni at the Kourounis taverna to get a man with a pick up ready at 2 PM.  Arriving back home I discovered that the water had stopped working. I called lovely Eleni who said she would call the man at the town hall and have stern words. When Eleni has stern words things happen.

About mid-day by when it had stopped raining heavily and the Albanian hired by my business partner Nicho the Communist was busy pruning, we all headed off to the village for lunch and on the off chance that the furniture would arrive on time. It still being lent until the weekend there is nom eat but there was a cracking octopus and shallot stew on offer. While it stewed I headed off to the Town Hall (workforce 4 for a population of 537, a fine example of Greekenomics) and had a chat with a nice lady who promised to get the water fixed either today or avrio.

I was not expecting today or my furniture to arrive at 1. Needless to say, there were about four calls saying it was half an hour away and each time I had my man, a drinking pal from harvest time George, on standby. Eventually the furniture arrived at three. 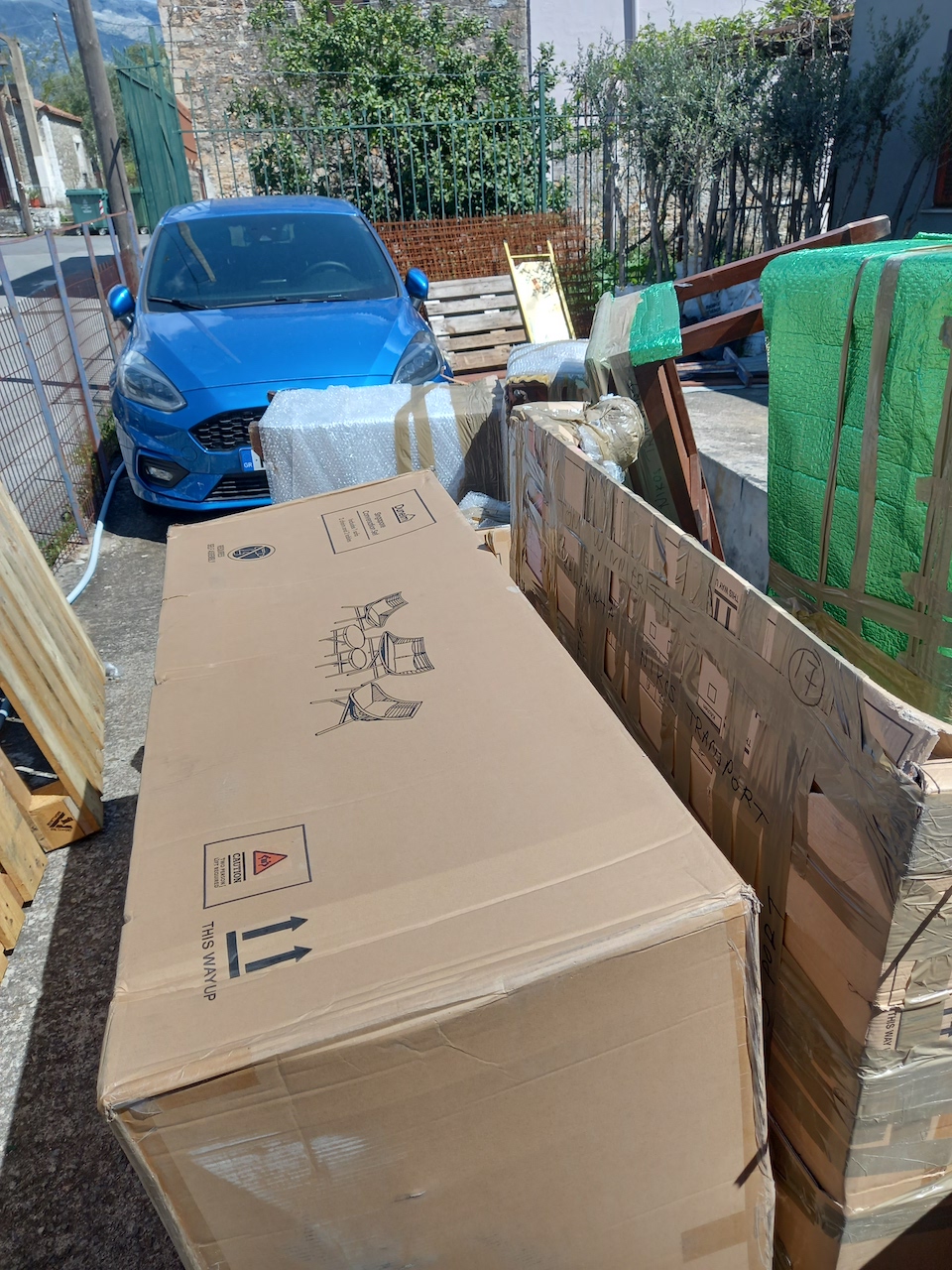 My car took boxes of books and George’s truck took the furniture and in two shifts we got it all up the track, removing an old mattress to dump by the bins at the bottom of our road at the same time.

The Albanian helped us get the heavier pieces- a big chest for the olive nets and a cracking antique Welsh dresser pictured below – to the right rooms. I handed George 50 Euro and, after a fag with the Alabanian, he was off. 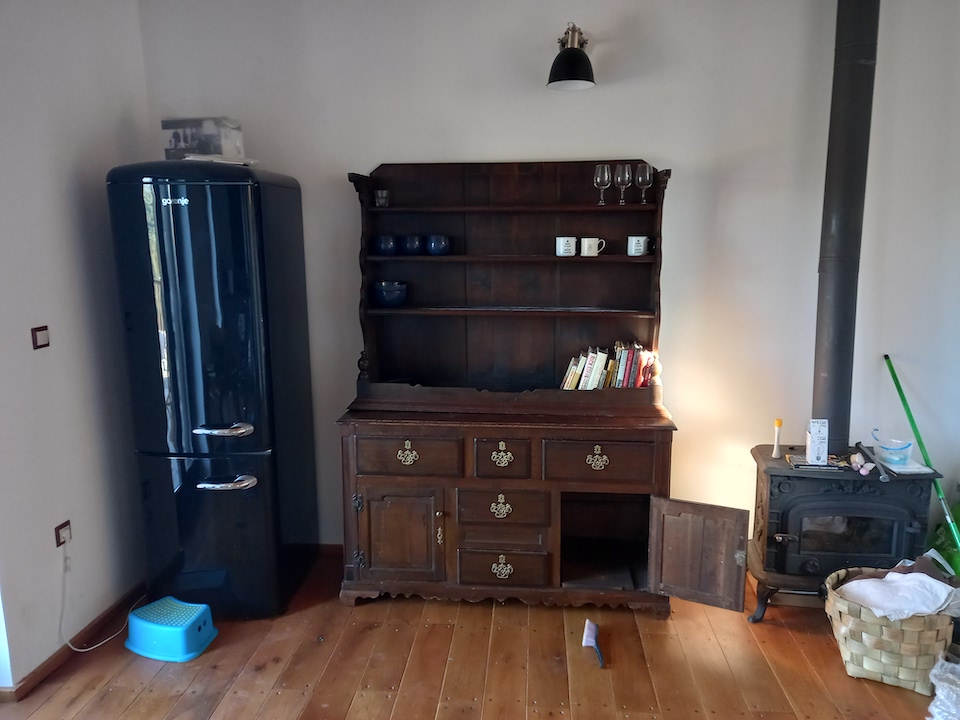 Though I wanted to do some actual work, cranking out articles on financial fraud where I was enjoying a day of vindication and glory, at that very moment a little man appeared who was there to deal with the water. Natch he spoke no English but google translate on his phone kicked us off. During the next hour I also found myself calling my old pal Chris Egleton whose wife is a bubble and she translated. Many thanks to the charming I for that.

The water man was fearless, scrabbling around in thick bushes to check pipes in a way that I would never do. I have seen what lives in those very bushes slithering out. But though I know the Greek work for snake, I did not wish to deter him so I said nothing but just stepped back a few paces lest anything emerge.

Eventually, after a lot of shouting, and a trip further up the mountain to my only “neighbour” Charon, he established that the pipes were just blocked by a huge build-up of sand which he cleared and the water flowed again. I thanked him and finally did some work.

After supper the great unpacking began. The Welsh Dresser looks splendid and ”makes” the kitchen as I hope you agree. The big shock is that all the wailings of the Mrs about sending too many books have been wide of the mark. I shall show you the stacked shelves later but, suffice to say, not all our fill. We certainly have a full and diverse library for any guests but I guess I will be luging 20 kg of books out here each trip for another few years before all is done.

So today… electrician (again), chase the carpenter (again), I am almost done, the hovel is almost ready for holiday lets and I am in desperate need of … a holiday.