Photo Article - the Christening of my daughter Jaya

The day before Joshua and I started the drive to Greece was the Christening of my daughter Jaya in the small Methodist chapel, just over the border in England, where the Mrs and Joshua worship every Sunday. With my cousin Alex Booker among the three Godparents, alongside my wife’s oldest friend and local earth mum C, it was a splendid day as 40 folks packed into the chapel. Afterwards we headed back to the hovel for Indian main courses prepared by “chef Vijay” who also catered for our wedding nine years ago. And thereafter a selection of my ice creams which received rave reviews.

I’d like to say that Jaya behaved perfectly listening to every word the minister uttered. I cannot. She grabbed two prams with “ma babies” and wheeled them around everywhere. Joshua, on the other hand, being a devout fellow, listened to every word the Minister said.

The chapel normally plays happy clappy hymns, the sort of songs that – like my father – I think have no place in a church as they will offend God’s ears. But this time the Mrs and I chose the hymns. Guide thee oh thou Great Redeemer came from me and also Jesus I have promised. But the latter was changed with a modern tune. The Mrs selected three hymns which she insisted were also old and traditional. Hell’s teeth does she not know that 1920 written hymns are what my father would have termed fashionable modern filth? Natch most folks in the Church did not know them at all.

But it was a lovely service on a bright sunny day.And as folks knocked back the elderflower champagne and prosecco with lavender cordial afterwards, it was a day to remember. 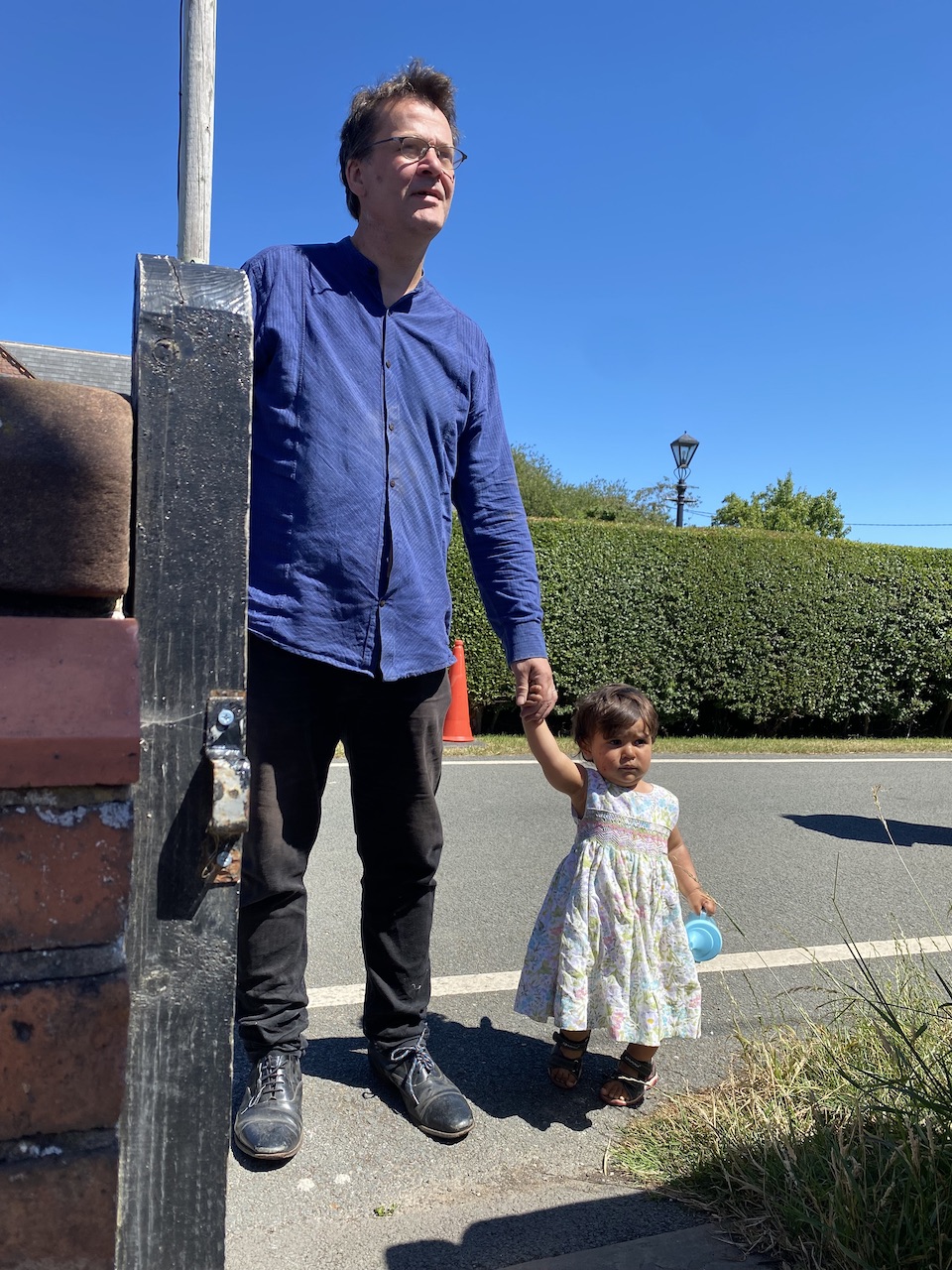 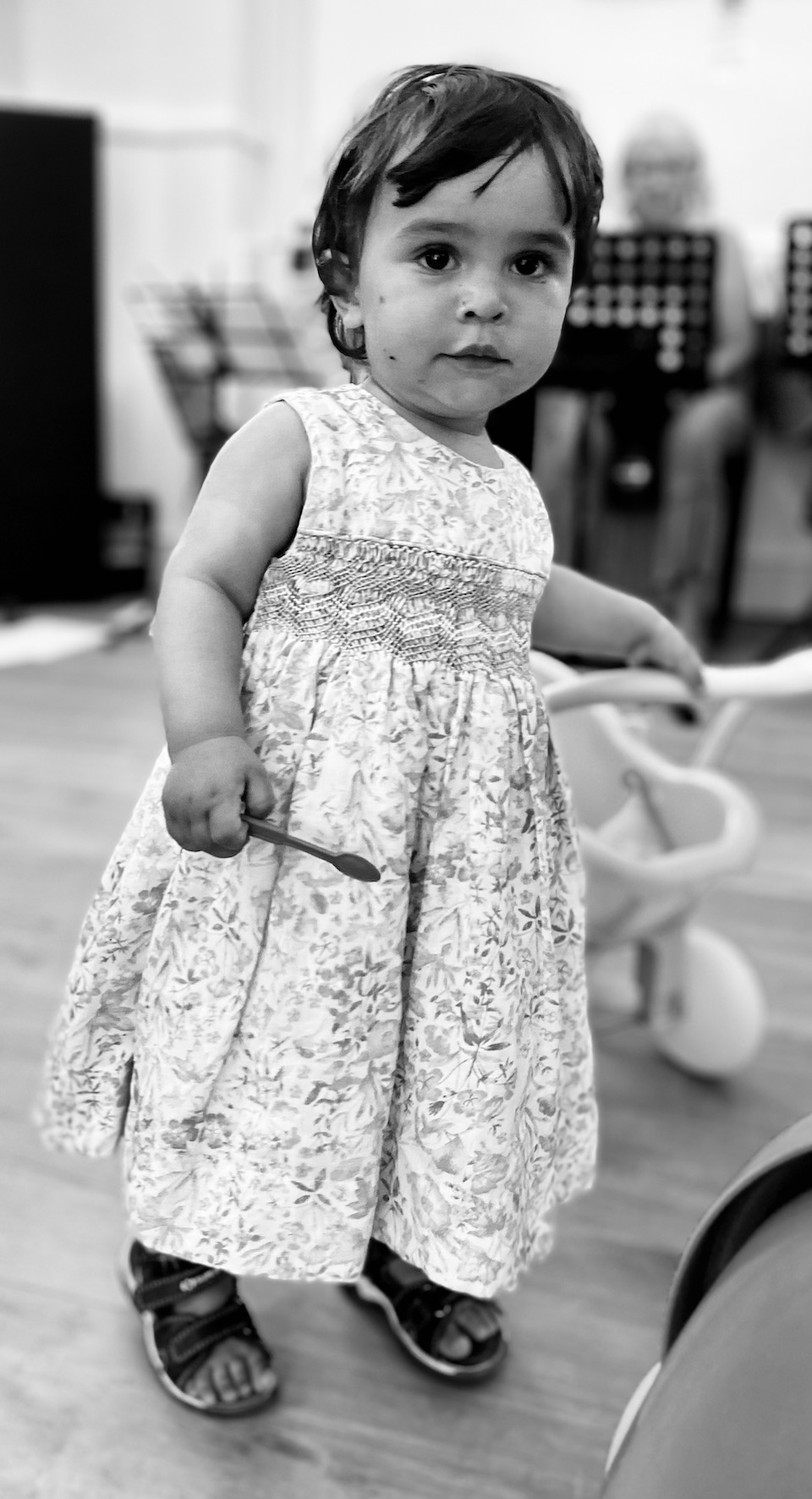 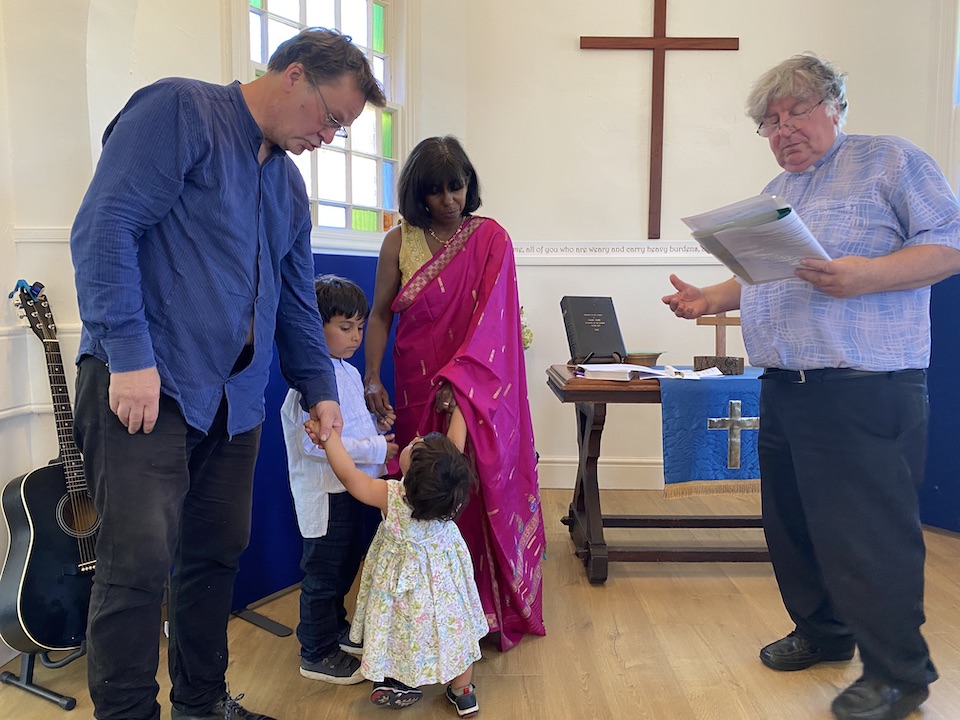 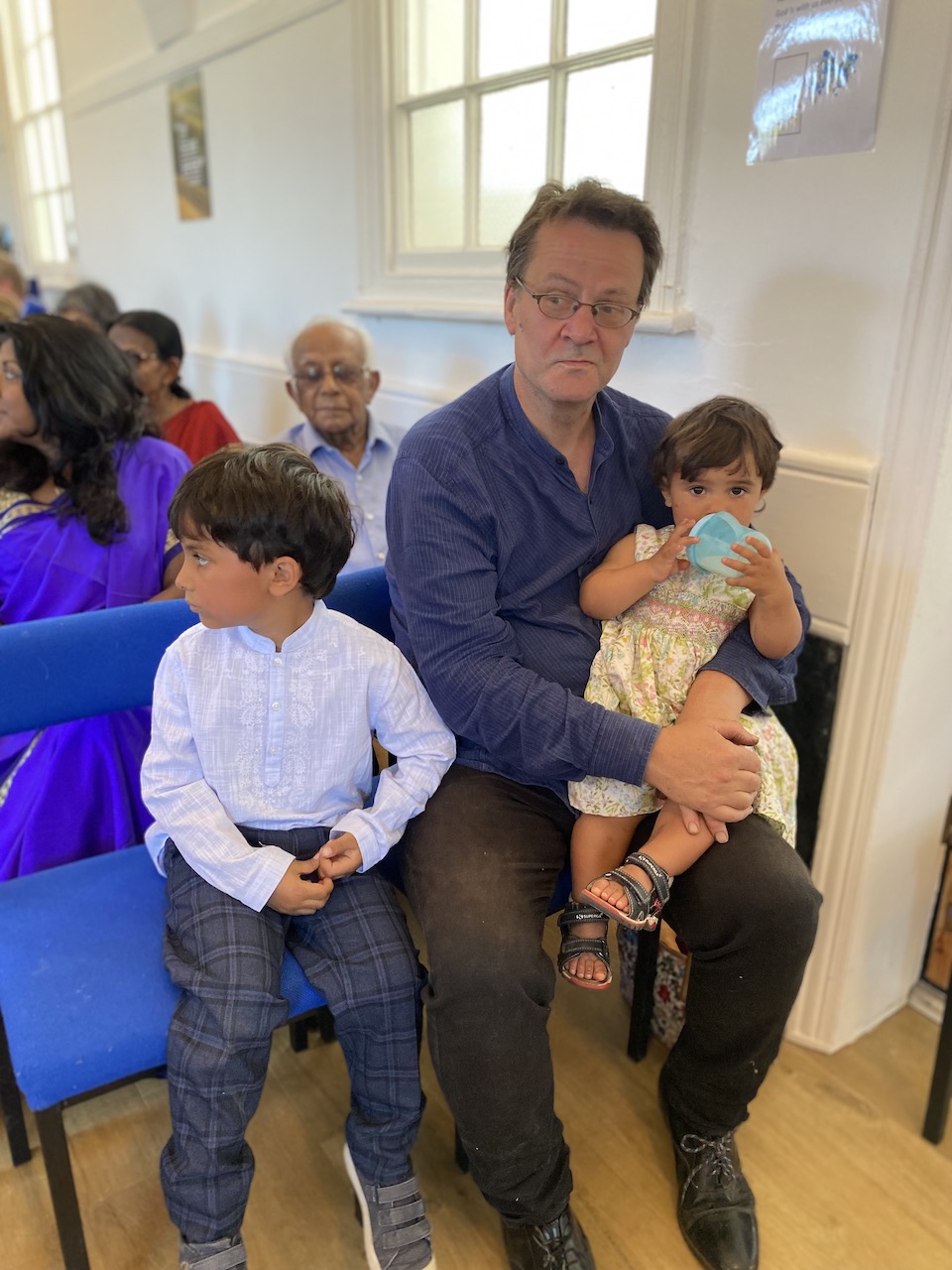