My late father wrote a learned article on this monument using another photo by his son. It is an interesting war memorial, erected after the two Balkan wars of 1912 and 1913. Not a lot of perople are aware of how much of what is Northern Greece today was still, in 1911, in Turkish hands. That ended after the first Balkan War. In the second war, Bulgaria – which had been part of the 1912 alliance against the Turks – declared war on its ertswhile allies, Greece and Serbia, and lost territory as a result. Modern Greece is very largely a result of those wars.

What dad found fascinating is this side of the memorial commemorating rather more ancient Greek military triumphs such as Marathon, Salamis and Troy. It is as if your village memorial for the World Wars back in England also commemorated Agincourt, Crecy and – for Troy – Boadicea whipping the Romans and burning St Albans. 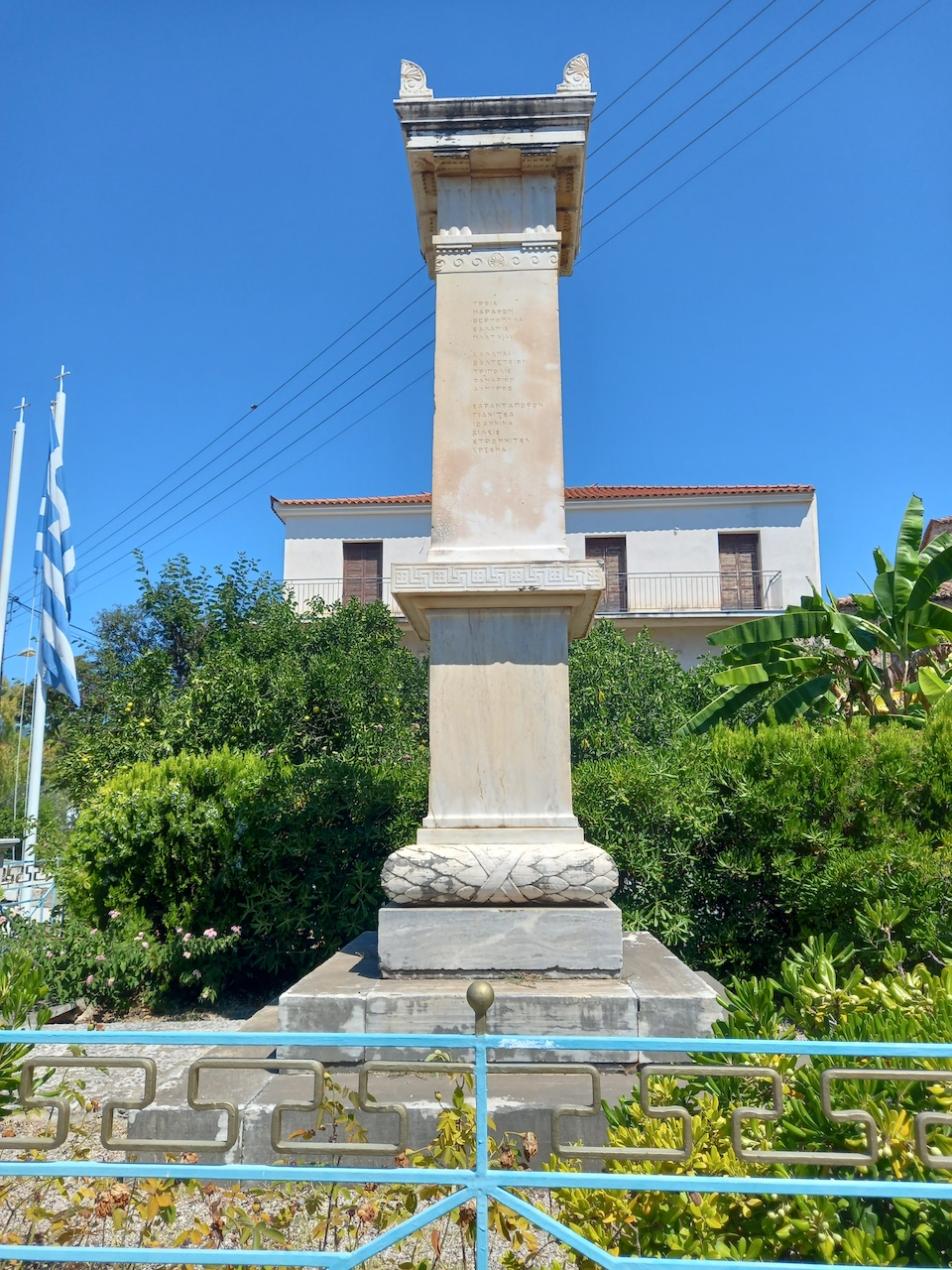