Is Uju Anya of Carnegie Mellon the most loathsome professor in the world?

Uju Anya is a university professor and researcher in “applied linguistics, critical sociolinguistics, and critical discourse studies primarily examining race, gender, sexual, and social class identities in new language learning through the experiences of African American students.” If that sounds like bollocks it is. But Carnegie Mellon University likes her stuff. Yesterday she celebrated the impending death of the Queen on twitter. Twitter took dowen the tweet but you can see it below. Carnegie condemned the tweet but that was that. Had a white professor celebrated the impending death of, say, Nelson Mandela by calling him a terriorist, he would have been fired. It is a double standard.  Twitter should leave the tweet up so that everyone can see it and realise what a ghastly waste of space old hag Uju is. If you believe in free speech you can’t be selective and the world is a better place for knowing how vile Uju is and what a dump Carnege must be for giving her tenure and for not firing her on the spot. 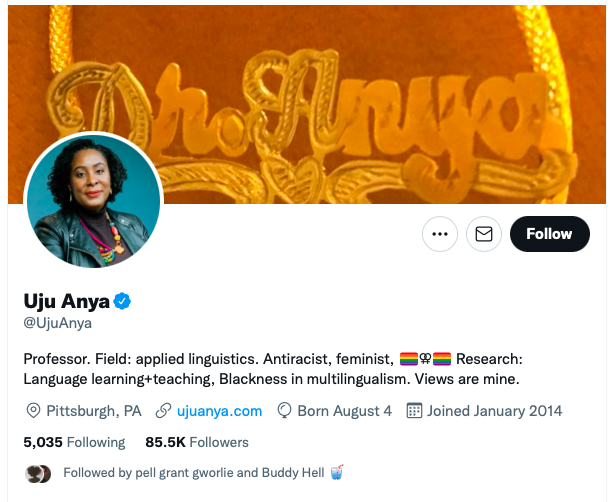 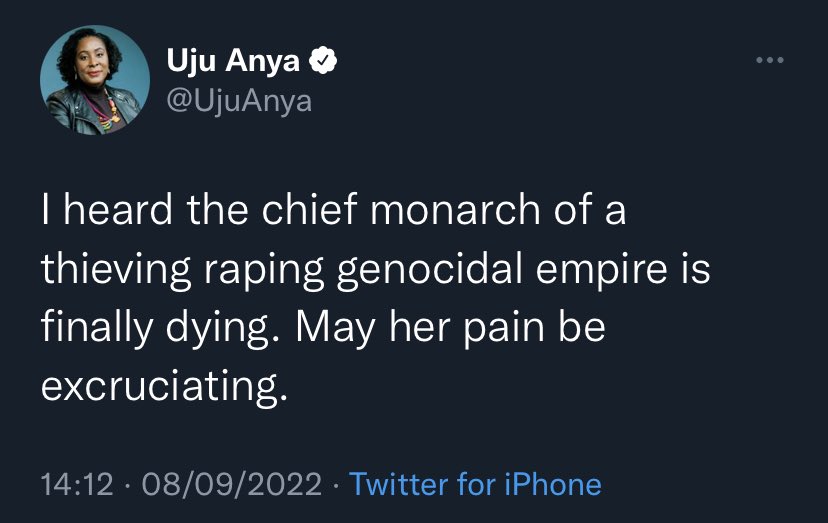