My son Joshua has now spent well over half of his life in Wales. And, though he was born in England to parents who support Northern Ireland and England respectively, he considers himself a proud Welshman. He leads us as we say grace in Welsh each night and there are more and more Welsh phrases exchanged between him and me as I also start to grapple with the language from hell. Today his school is celebrating the fact that Wales has made it through to the World Cup finals, by everyone wearing red tops.

There were a variety of Liverpool and Wrexham shirts being worn as I arrived but my boy has his shirt from the Rugby which we watch in the boozer together with Jaya who also wears a Welsh top having spent her whole life here apart from her birth which was over the border. “The Pest” also wored his Cymru hat and scarf. With no Irish team in Qatar I guess that I shall join the two children, as well as my eldest child the proud cottage burner Olaf, in rooting for Cymru. The Mrs, of course, will support England. 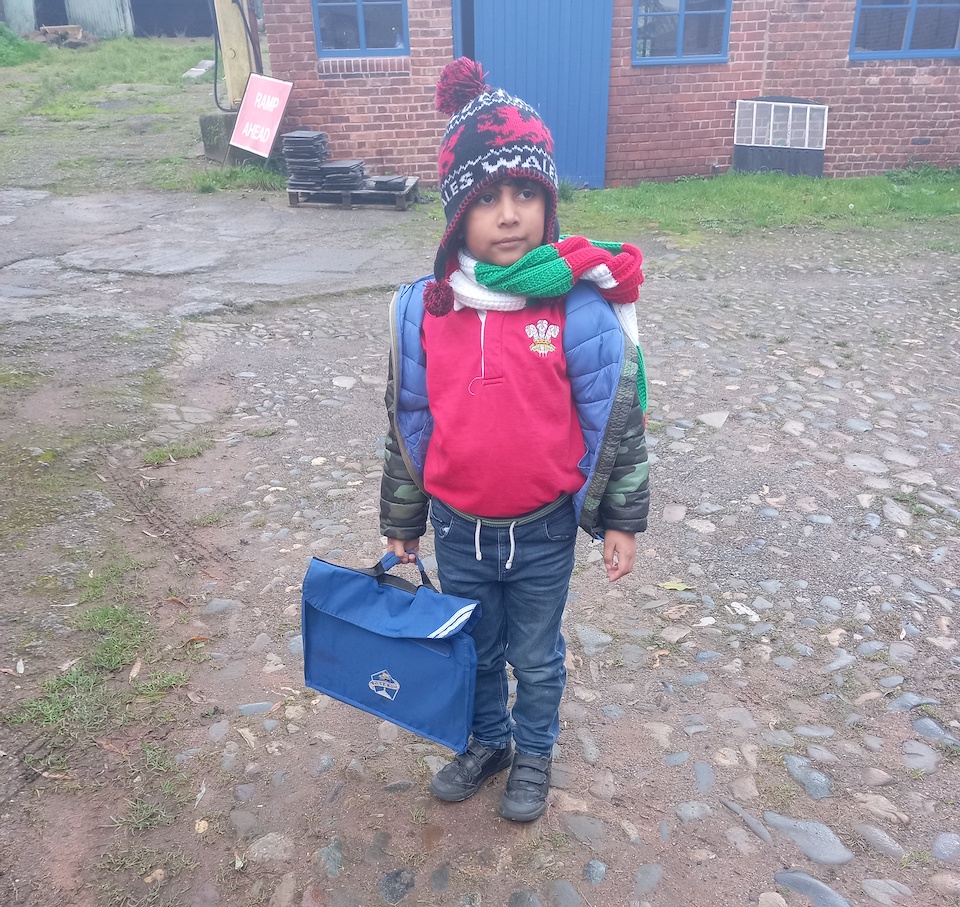