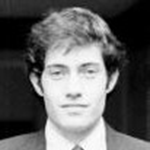 The big news today is that a true mega star has agreed to fly to Britain for one day only to headline at The UK Investor Show in London on April 5. Meet Ben Edelman. If you are a Blinkx (BLNX) shareholder you will already have done so – you have lost more than 50% of your money since he produced a detailed report on the company.

Edelman shot to prominence in the UK with his recent analysis of Blinkx.  Edelman argued that Blinkx adware sneaks onto users’ computers, violates regulatory requirements, and overcharges advertisers.  Blinkx denies the allegations. Its share price continues to slide.

Much of Edelman’s recent work examines the activities of Google.  In 2010, he uncovered the Google Toolbar continuing to track users’ web browsing even after users asked that the toolbar be disabled and even after the toolbar disappeared from view.  His most recent article examines Google’s Mobile Application Distribution Agreement terms – previously-secret documents that he says impede competition by alternatives apps and services, and drive up prices to consumers.

Recently labelled the “web sheriff” by Bloomberg, Edelman will be speaking on the questionable business practices of a variety of Internet companies, ranging from giants like Google to smaller firms including Blinkx.

Edelman is quoted as saying: “My visits to London are all too rare, but the British market has led the world in many kinds of advertising integrity - I look forward to showing an informed audience a variety of controversial behaviours, including some material not previously seen elsewhere.”

We have now sold more than 60% of the ordinary tickets for the event and all bar a handful of the golden tickets which come with bonus features such as an invitation to the after show champagne party at Maribelle’s. You can get your tickets at www.ukinvestorshow.com/tickets

And there are still a few surprises left for the show, notably on the shareholder activism front. Watch this space.

This year I shall not be compering the event – that baton passes to my old friend co-presenter on Show Me The Money, Louise Noel. Okay Louise was the main presenter I was just there for my (then) looks. Okay to talk about the market knowledgably. I digress. The fact that I am not on stage so much means that I plan to be able to join friends such as Malcolm Stacey, Brokerman Dan, Doc Holiday, Steve Moore, Malcolm Palle of Mining Maven and others in the bloggers café, chatting to anyone who is interested about shares that may interest them. As well as tweeting away #ukinvestorshow – I hope to meet many of you there.

On that note I hope that if you have not done so already you book a ticket for the show and look forward to seeing you on April 5 in Westminster: www.ukinvestorshow.com/tickets