Good News for Chris Oil, bad news for the AIM casino, POS Mkango is on its way 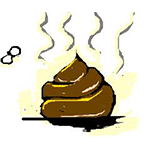 It appears that almost insolvent TSX listed Mkango Resources might finally be about to get the dual listing it told us, via RNS, would be in December and then January. I guess there is an appetite for utter shit but look at the price Mkango is paying...
As you can see from the screenshot below the company has been a little tardy in updating its website. Given that its bosses have been unable to afford to take any pay since March 2015 maybe that is no shock.

You may remember that last year, lovely Eleni’s Kourounis taverna and the place once called Miranda’s briefly had competition from the accursed creperie. It was seen off and as the days started to draw in it closed, never to return to Kambos. But this year it is worse. Far worse.

As Britain basks in a heatwave, the like of which not seen for 60 years, the deadwood press bangs on about global warming