And so our party finally made it through the large blue door which marks the entrance to the house that Paddy built in Kardamili. Turning right along a terrace open on one side we found ourselves with the rest of the group in the library. This was all rather different from the Greek Hovel. 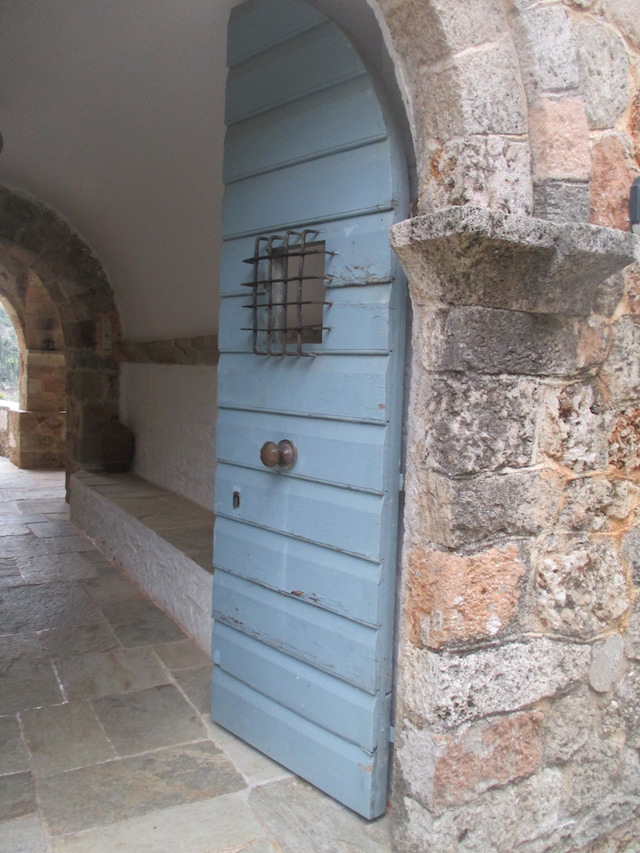 My father finds movement hard and so soon plonked himself on a chair and within minutes the group was aware of his views on the EU ( a good thing, shame you on you Dad, your father would be mortified) and that he had been there before to have lunch with his friend Paddy. Dad neglected to mention that as our guide he had forgotten the way here or indeed what the place looked like, the posh Brits who dominated the party were in the presence of a friend of Paddy's and my father was in his element.

Have I mentioned how the two men met? My father was lecturing at the spectacular fortress of Monemvasia on the vlachs - a Nomadic tribe in Northern Greece. There is no connection at all between the Vlachs and Monemvasia here in the far South so I assume it was some sort of academic junket. Amazingly, thirty folks turned up and one of them - driving three hours to get there - was Paddy. There the friendship started.

My dear wife says that I have too many books. She points out, correctly, that I do not read that much and argues that she should be allowed to give them all to a Charity shop. I say that I will read more when I re-balance my life and become the primary carer for our son. Bedtime reading little one: have we finished that Ayn Rand yet? Okay time for a bit of Mark Steyn. Between Bristol and Greece we have more than enough room, in fact we need more books!

Paddy certainly had books. There are those in neat bookshelves as below and then just piles and piles of books in every room. My stepmother and I started to hunt for what would really please Dad, sight of a copy of his book on the Vlachs which he gave to Paddy. It was like hunting for a needle in a haystack and eventually we gave up. But my father was still in the library with folks hanging on his every word. Or at least that was what he said was happening as we collected him and started the trek down the long path. 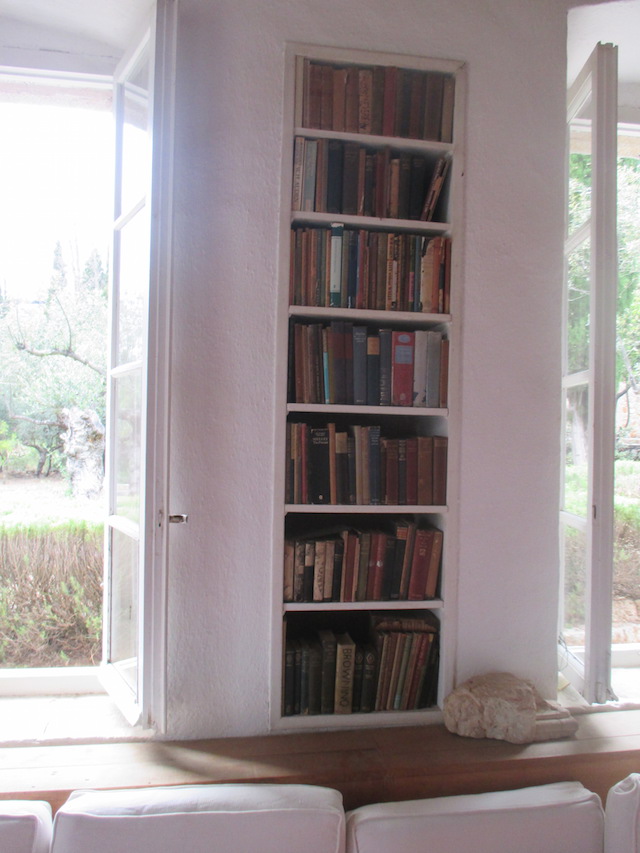 At this point he was propped against me for support as we edged down the hill. On the other side was a middle aged American lady who appeared to think that she had just met the real thing. My father told an old joke about his bad greek once leaving him boasting that he had 25 penises ( he meant chickens) and the lady roared with laughter. Maybe I did too the first time I heard it but that was many incantations ago. Eventually we reached the car and the lady departed sadly.

We Winnifrith men, like Paddy himself, we know how to pull the birds in Greece.