Photo article: Room with a view & who said sheep were stupid?

There was I having a late afternoon doze in the Greek Hovel when I awoke to a sound which seemed right outside my window, the sound of sheep. For those living the other side of Offa's Dyke this might sound like the climax of a wet dream but for me it was reality as I went onto my balcony on the Monastery facing side of the hovel and, you can see what I saw right beneath me. 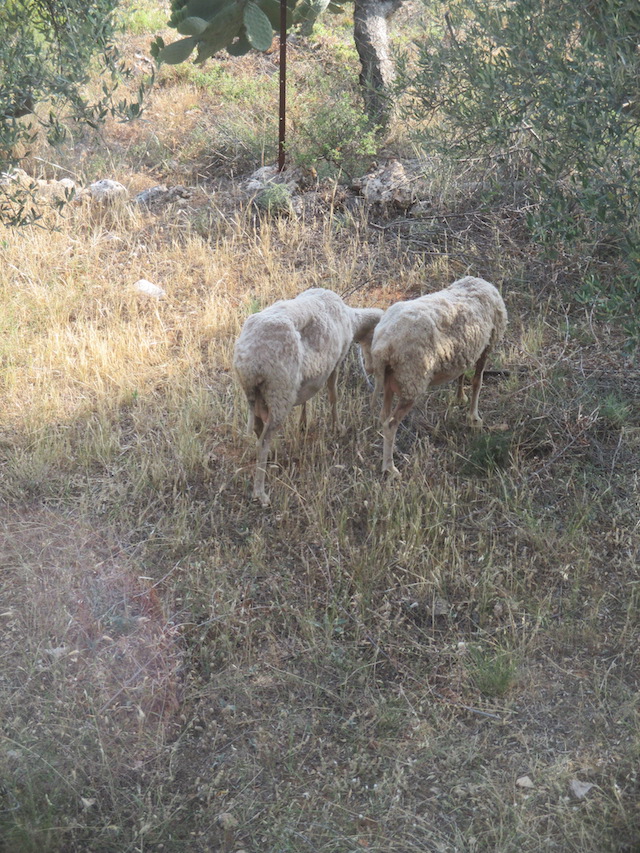 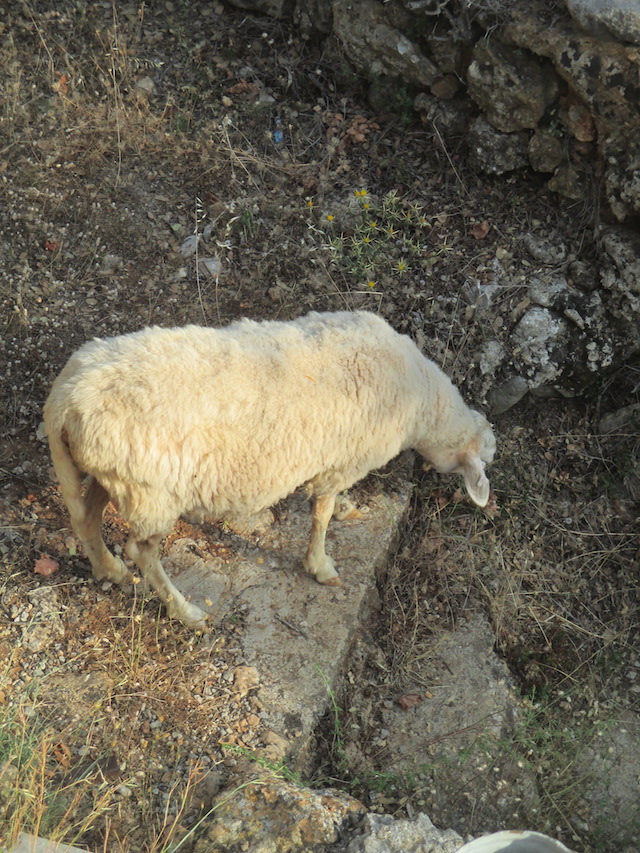 I was delighted. I am very happy for the shepherd to let his flock wander across the land here. It tends to scare away certain members of the wildlife diversity community and the sheep eat anything, grass, frigana and olive branches I have cut so I want them here.

I pulled on a T shirt and sneakers and wandered out of my door on the mountain facing side and headed off down the track to greet the shepherd who naturally spoke to me in Greek, which he knows I don't understand, and I answered in English, which he does not comprehend. That is how we fail to communicate when we meet, as we do almost daily. After a while he wandered off, cajoling his flock with a long stick and by speaking to them in whistled messages as well as shouts. Clearly, the sheep understand more Greek than do I. I wandered back to the hovel.

Bugger me. On my return I looked out of the balcony to see two sheep standing there on their own bleating and just looking stupid on their own with no shepherd. Since I cant speak Greek I could not tell them where to go and the Shepherd was long gone with the rest of his flock.

I tried to cajole them in the right direction but they don't understand English and my instructions fell on deaf ears. As I tried to user them one way they went another. Eventually after a bit of a chase through the groves, we headed the right way down the track towards the gate but instead of turning left to go to where the Shepherd had headed they pushed on into a neighbouring olive grove. Exasperated I gave up and jogged off in the other direction to find the shepherd and after about a quarter of a mile I found him putting his flock in a pen where they spend the night.

I said "Thee-oh" and pointed at the sheep and gesticulated towards where I had come from. He smiled and spoke some more Greek to me. Suddenly I could hear bleating from where I had come. The Shepherd shouted something in Greek and the bleating grew louder as two sheep cantered past me back to their master, homing sheep delighted to be reunited with their brethren. All my herding was pointless, the sheep knew what they were doing. These sheep are a lot cleverer than some folks think.