My father's family are generally not a terribly glamorous lot. They are serious, often bookish and, very often, holding stern and sober convictions. But there is one branch that is totally different. My grandfather (Sir John Winnifrith) had a younger sister Joan who moved to Hollywood, took the stage name Anna Lee and became an actress.

Her son Jeff Byron was also an actor, giving Tatum O'Neill her first on screen kiss as well as "raping" Lucy Ewing in Dallas. These days Jeff is a producer and happily tweets away family photos from the black and white era - I posted some of my great aunt Anna with Clark Gable and others a while back, here.

The Mrs and I are talking about a US road trip next year as she also has family in the States and perhaps that would be the chance to reconnect with this wild branch of the Winnifriths out in the West.

Anyhow here is Jeff's latest snapshot of his elder sister Venetia on a date with Elvis Presley. Venetia would be my father's first cousin so my first cousin once removed. Venetia was also a (pretty minor) actress but her husbands achieved more note. First up was Russ Tamblyn of Seven Brides for Seven Brothers, West Side Story and much else besides. Then along came Don Everley of the Everley Brothers.

As I noted, this is the glamourous branch of the family, my great Aunt Joan was very much a wild child and her kids followed in that vein. How very unlike the folks left back in the Old World. 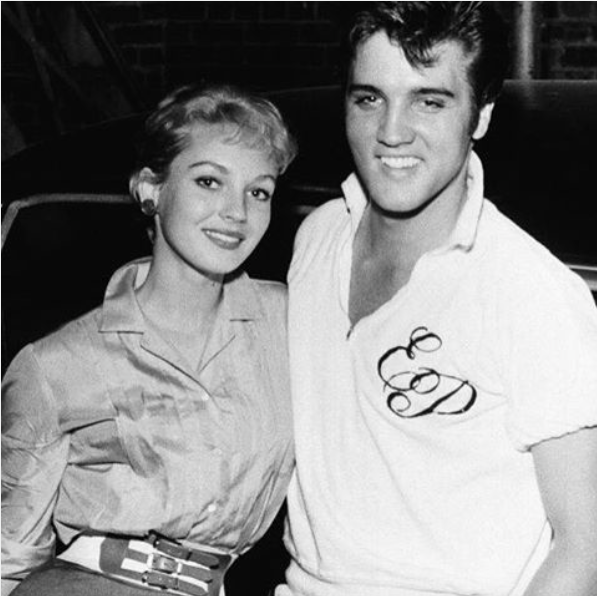