My father's family, in England at least, were a small c Conservative - if often hard left politically - lot. They still are on both counts. As such I guess I am a bit of a black sheep and so look to our American cousins, that is to say my grandather's young sister Joan Winnifrith and her family as being just that bit different. My grandfather, Sir John, was a respectable senior civil servant and after retirement head of the National Trust and War Graves Commission. His little sister was far less respectable. Google knows her as the actress Anna Lee.

Her son, cousin Jeff Byron was also an actor, giving Tatum O'Neill her first on screen kiss in International Velvet and raping Lucy Ewing in Dallas among other things. Jeff and I communicate now and again and he posted pictures of his mum yesterday, as you can see below.

I met her when she was pretty ancient but was still acting, from her wheelchair, in General Hospital.

Boy was she right wing in the way that only expats can be. She was very keen that members of the IRA should be beheaded and have their heads left on spikes at the Tower of London. It was a rather traditional world view.Thrice married, great Aunt Joan lived in LA for all her adult life. John Wayne was, I am pretty sure, Jeff's godfather. As you can see Clark Gable was a pal. Truly my great Aunt and her offspring are just not one bit like the Winnifriths who stayed in the Old World. 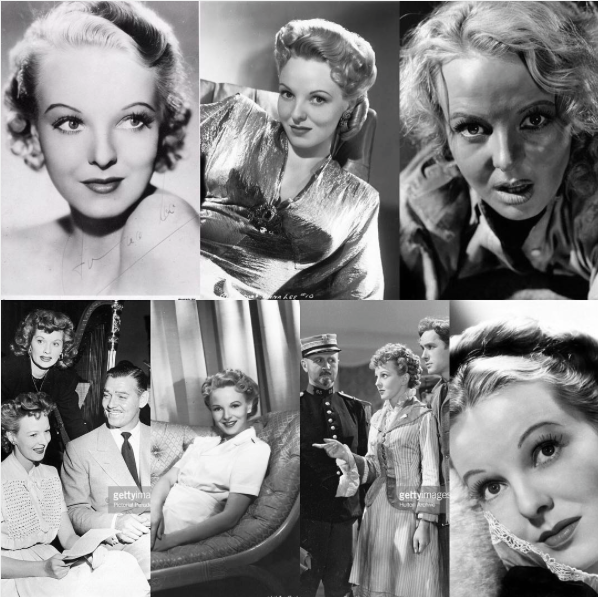