You are meant to make your Christmas puddings six weeks before Christmas to allow them to age and mature and so, leaving it to the last possible moment I have now just done that. The recipe is from a cookbook from the Queen of Irish cooking the amazing Darina Allen although she says that it is from her mother in law Myrtle, the founder of Ballymaloe. I think that Myrtle is still with us though she must be 92 by now and I am lucky enough to have visited the famed cooking school near Cork several times.

I say that I used Myrtle's recipe but I am sure that she and Darina would agree that you are allowed to play around with recipes a bit. Thus while I stayed true to the baked apples and most of the fruit I felt compelled to add in some nutmeg, mixed spice and cinnamon. And instead of Irish whiskey it was the remnant of some old Scotch but also some rum which was lying around and which no-one here drinks in any great quantities.

I think that I may have overdone the rum a touch but as of now I have steamed for 6 hours each of four two pint puddings. As a divorced Dad I get two Christmas meals to prepare and the remains from the second ( the Mrs and myself) will head up to Shipston for my father on boxing day.

Then there is one for the sister of the Mrs and her crazy Greek husband and finally one for Susan Shimmin of the Real Mani which I shall drop off in a couple of weeks when I head off to the Greek Hovel for the olive harvest. I can't see Susan compalianing that there is too much alcohol in her pudding. 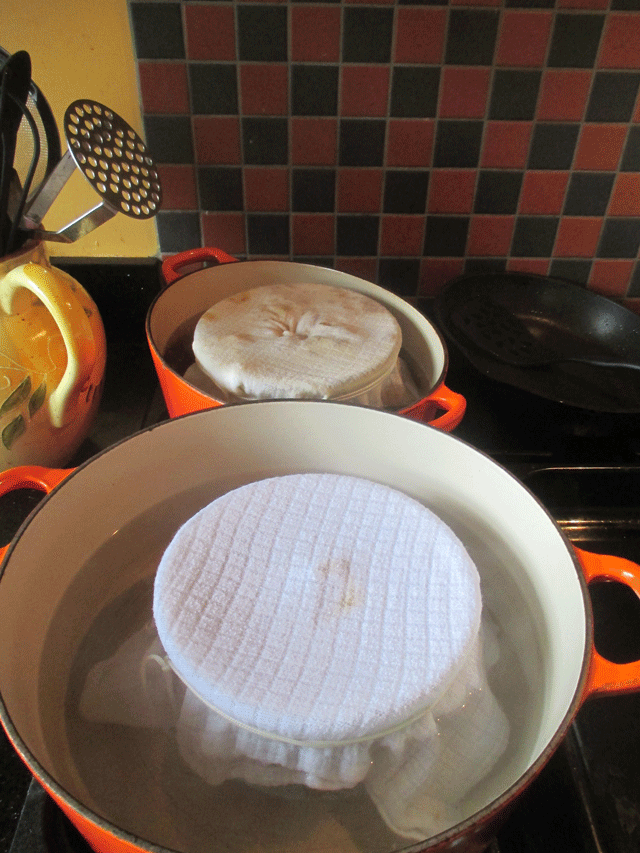