Video: Irish MP Clare Daly may be barking mad but she has Obama spot on "Hypocrite of the Century"

Ms Daly is the TD for North Dublin and is of the Corbynite class of barking mad but when President Obama came to Ireland in 2013 she nailed him perfectly and also put a fawning media and local political establishment firmly in their place. Speaking in the Dail, Clare says it as it is and watching the video below I rather warm to the old fruitbat.

On Obama at least, as well as the pathetic and spineless wretches that govern Eire, Clare is bang on the money. As a contrast to the sycophantic drivel from the BBC and C4 and the rest of the liberal media on President hopey change as he leaves office, this video makes for pleasant viewing. 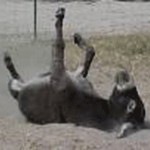