The Headmaster's study at Warwick School is still in the old Victorian part of the school pictured below. Next door is the chapel which we visited and which has changed little. The names of those boys who lead their men over the top from the front, as second Lieutenants, in both wars stand proudly. It was that rank, the public schoolboy rank, that suffered the most heavily in the first war and that roll call of honour is a long one. 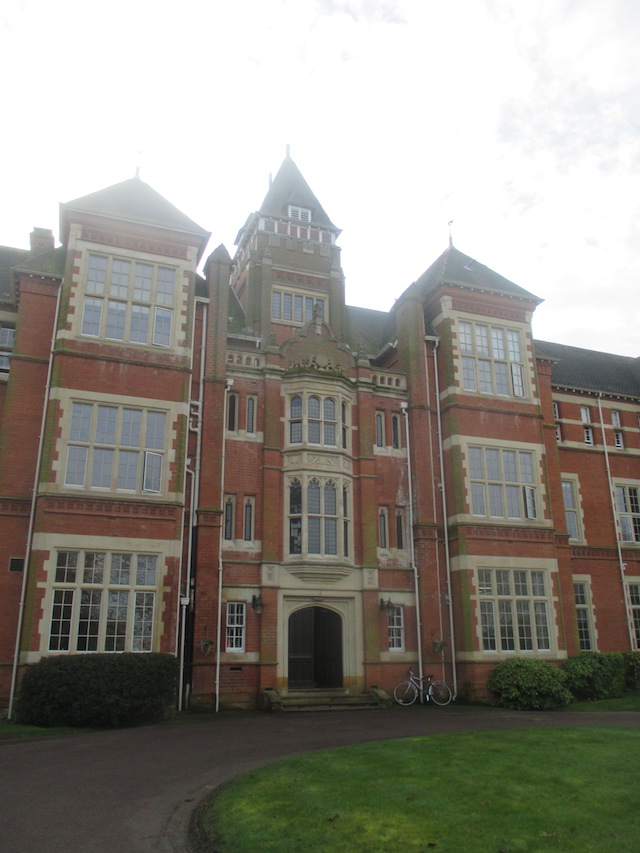 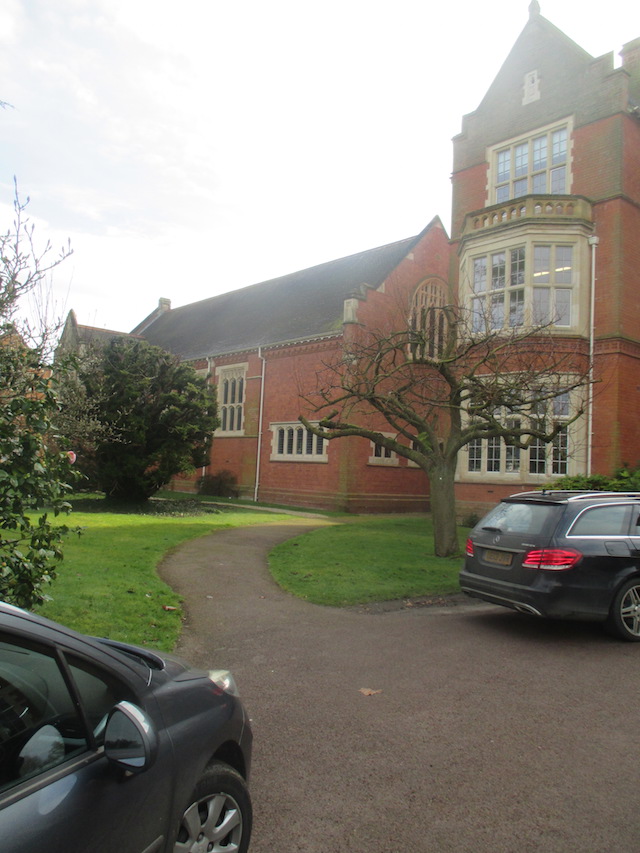 Our new HM is younger than me and took notes as we discussed life 40 years ago. Floreat, floreat schola Warwickensis goes our made up nineteenth century pretend old world school song but there was an admission that not every pupil at Warwick flourished. The HM conceded that Warwick was a brutal place that bullying was rife and that anyone who was a bit different had a bloody hard time. If you were a rugger bugger then however thick and unpleasant you were it did not matter. The school worshipped sport, something reflected in the OW Magazine every issue.

At the end of a tour of a school that has changed beyond recognition, and which we completed after our meeting, the HM and I ended up outside the new library which is called "The Masefield library" after the most famous of OW''s the poet John Masefield, 1878-1967. Masefield became the poet laureate in 1930 and the HM fessed up that, at that point he was invited back to open a new building.

There is a letter somewhere where the poet declines saying that he hated every minute at Warwick and it was a terrible place.One suspects that he was a bit different while at Warwick and suffered accordingly. The school has changed utterly since I left in 1986. In my time music was taught in an old prefab hut and in one Victorian classroom situated on its own, near the Master's common room. Music was an afterthought. Today a whole block and a half is dedicated to music, more than was dedicated to history and geography in my time. Every 11 year old must learn at least one instrument. How those fascist and proudly philistine rugger players of my era would have hated that.

We discussed boys with Asperger's, I saw a 15 year old award winning athlete with cerebral palsy leading a class, I chatted to a few economics students from the sixth form, young men with enquiring minds who were, these days, not ashamed of being a tad bookish, albeit in an internet based way. Warwick has changed and it has changed for the better. Of that I am in no doubt. Perhaps it might acknowledge publicly that, in days gone by, it was perhaps a bit less than perfect?

The issue of bullying and a culture based on a boastful philistine swagger and boorish and bragging sporting prowess, was covered in full. I will always admire teachers of my era such as Mr Parks (above all), Mr Wheeler, Mr Fletcher & Doc Wilson who came to the school and in their own way tried to change that. And Martin Green who though the England rugger coach brought Economics to the school and showed a breadth of understanding which marked him out. Good for them and they were good men. I actually look back on a number of teachers with affection: Brian Emmerson, "Rambo" Shields, Charlie I'Anson, Malcolm Fry, David Stuke, Rev Houghton, Mr Winterbottom, all were good men and very good teachers.

But then came the issue which the HM wanted to discuss: the sadistic bullying of Mr Geoffrey Eve. I recounted how he had twice thrown my head against the wall when I was 11. I remembered exactly when and where. I shall never forget. I named the female teacher who, I believe, witnessed the second incident. I asked if the other eight or nine teachers in the junior school knew? I am sure that they did. Some may not have cared or thought that it was just about acceptable. But I know that Mrs Fawcett, Mrs Hobday and Mrs Birt would all have cared and would have deemed it wrong. Why was nothing done?

Eve carried on hitting boys for another few years before he hit one so hard that his hearing was damaged. At that stage he "was resigned" but what do the personnel records say? Why was he not reported to the Old Bill? Why was he allowed to come back to Warwick when I was 11 having spent a while off site following a prior incident? What madness was that? Who on earth sanctioned it?

My father was a governor of Warwick. He claims that I never mentioned what had happened to him. He may be right because I may well have felt ashamed and just bottled it up. But he does remember Eve's behaviour being discussed by the Governors at some point.

Warwick covered up Eve's crimes and failed its boys. That is my conclusion and to be fair the Head Master of what is now a very different school appears to agree with me. He has pledged to see if personnel records exist and though Eve is a frail old man, he will be reported to the Police and the notes taken yesterday will allow them to interview relevant people. If any other OW who was abused by Mr Geoffrey Eve is reading this I urge him to contact the school now - you will be heard by folks who want to listen.

It is possible that for ABH/GBH as opposed to sexual abuse there is a statute of limitations and the Police may do nothing. If that is the case I think that the HM has been persuaded that the school should call in an independent lawyer to conduct its own enquiry and should publish the results. The HM says that he is a bit more wary of libel than I am. Most folks are. But the results of an enquiry could be published.

Mr Eve is, following a complaint from me, no longer invited to OW reunions. He will now - I hope - be barred from attending concerts at the school. He may be old and frail but he was a fit middle aged man who be brutalised a series of young boys in a manner that cannot be defended. And then Warwick failed completely in its duties to protect those young boys.

I believe that the School has changed. In my time the guest at Speech Day was some ageing right wing old fart or sporting hero. Next year the talk will be given by openly gay OW, the celebrated flower arranger Simon Lycett who will, I gather be asked to talk about diversity. That is quite a change. I hope in finally dealing with Mr Eve, Warwick can make another change and draw another big line in the sand.

I wish the headmaster well. He now runs a school I would be happy to see my son attend and which he has every right to be very proud of. If it can now, after all these years, deal with this episode of shame from the past he can feel even more proud of it.