Photo article: My cunning plan turns out to be not so cunning after all - I now know what hell is

I had this really cunning plan. And the Mrs thought it was cunning too. What could possibly go wrong? God punished me for my conceit.

The plan was to get off the bus from Ioannina not at its final destination of Athens but some 70 kilometres early at the Corinth canal service station and to catch a Kalamata bus - coming from Athens - there. 140 kilometres and maybe three hours on the road saved. Genius.

And so I got off only to be told that the next bus was in four hours. Worse still, this was the only service station in Greece with no internet. Fuck! And fuck again!

But I am a determined fellow and so started to walk towards the bridge over the canal. There will be no pictures of the 2000 metre drop down to the canal itself as I suffer severe height sickness. I have peered over that bridge once before and that is enough for one lifetime. But I did stumble upon a Goody's which is a hamburger chain whose offerings make those of MacDonalds seem like the best dish at the Ivy. What you see below is described as a 3 Euro cheeseburger and, not having eaten all day, I managed to eat it all but it was utterly disgusting. It was, however, the price for free internet. 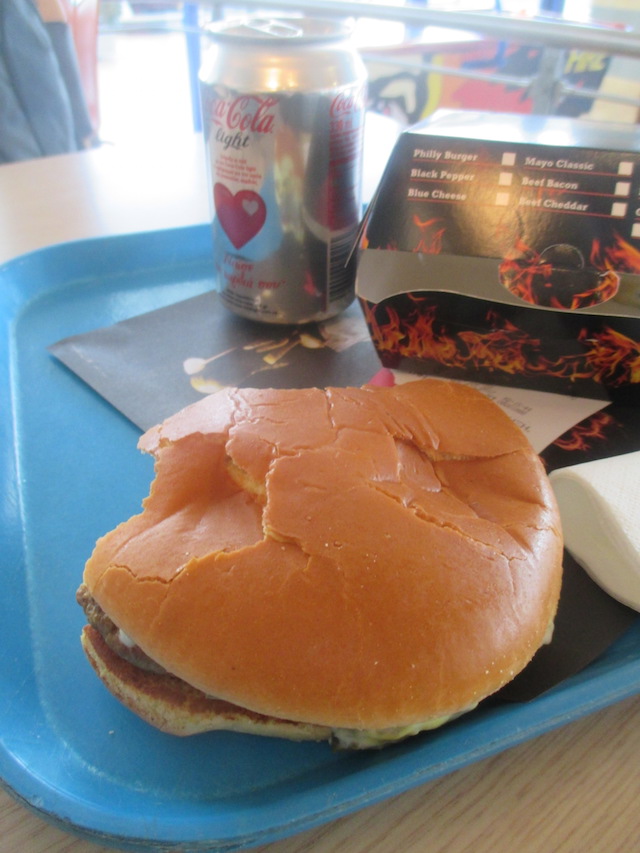 But then two things happened. Firstly it appears that the total and utter bastard Bill Gates wanted to give me another upgrade. The result you can see below. I watched that screen for three hours. 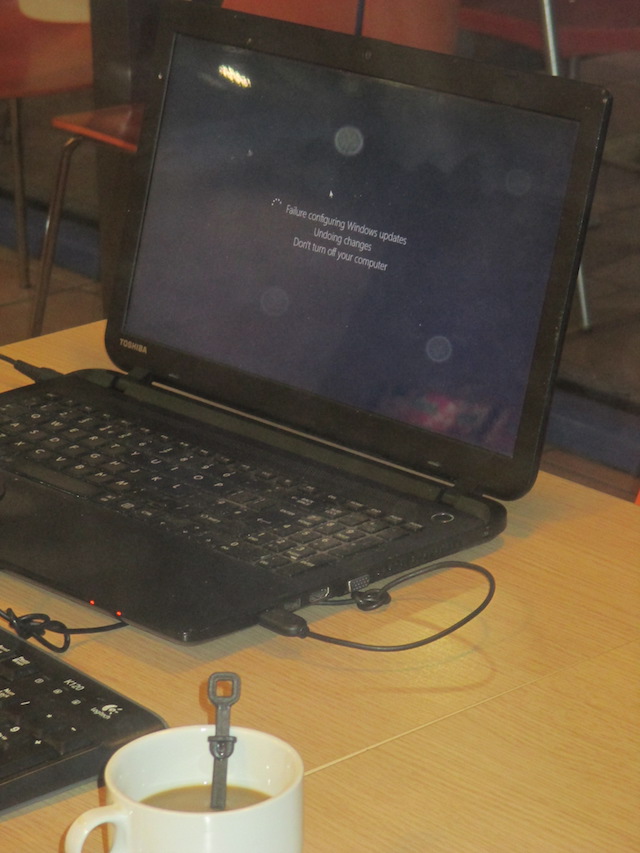 Meanwhile some bastard decided to hold his kid's birthday party at the Goody's. FFS inflicting that on your offspring is the sort of thing that should get you reported to social services. Thus I sat there at a screen that did not change, in the one warm place going as dozens of kids screamed, blew whistles and had a great old time. When St Peter finds me wanting he will send me back to Goody's for an eternity of my PC never restarting as I am surrounded by screaming brats and am forced to eat the worst burgers on this planet.

Thank the Lord, the clock turned 8.15. The computer failed to restart but at least I could seek refuge in a warm and crowded bus to Kalamata. Needless to say it has managed to cleanse itself in minutes now that I sit in my hotel room by the sea. Damn you Bill Gates once again, my loathing for you knows no bounds.