Photo Article Coal Not Dole (in English & Welsh). Of course that was not the choice

As a momento of the trip that the Mrs and I paid to the Welsh mine turned museum at Blaenavon I bought a nice new mug for her morning tea which you can see below. She is after all the woman known as the deluded lefty until she married me. My own coffee mug celebrates two great British PMs, the Iron Duke and the, greatest of them all, The Iron Lady. We are, as you know, a divided household. 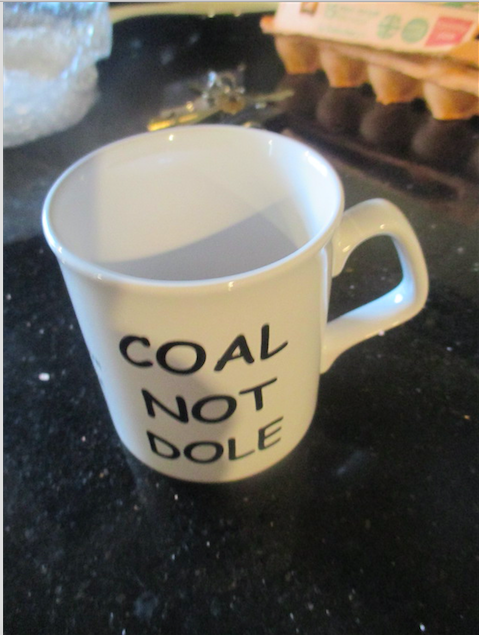 Natch I make the tea for the Mrs for I am a progressive equal opportunities sort of chap. we all are on the right. It is the left, the Mrs, who supports servitude.

The choice, according to striking miners in Wales and elsewhere was cole not dole. The problem is that although that phrase is catchy, less so in Welsh, it was untrue. The blessed Maggie dd not see why the hard working taxpayer should see his or her taxes used to subsidise mines where there was so little coal that they were just not economic. Quite right Maggie! 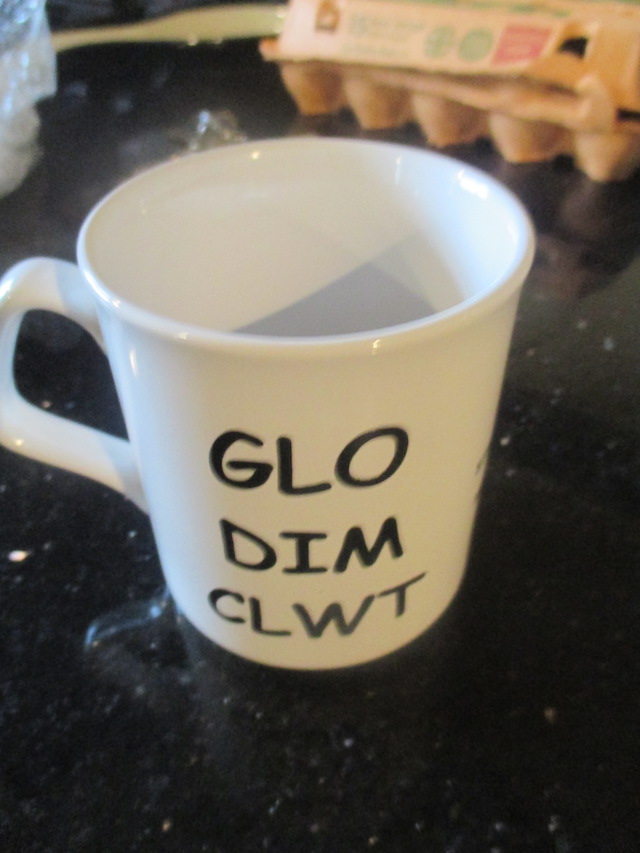 No-one should have their business subsidised by the state, not evil banksters needing a bailout, middle class "freelance" journalists writing shite no-one wants to read, and not coal miners. It is economic madness to drive profitable businesses creating real jobs to the wall by taxing them to maintain businesses which are just never going to be viable.

A year after Maggie left office UK coal output was exactly the same as before the miners strike. But the numbers employed were 66% fewer. The strike was not about coal not dole it was about the the economics that sent Britain Bust in 1976 vs the economics that drove the Thatcher boom of the 1980s. You can't fit that on a tea mug but it just happens to be the real story.