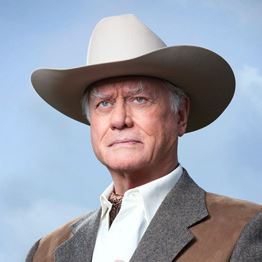 Is this the last episode of Downton Abbey series three tonight? Maybe it is the penultimate one. But it is hard to see what shocks we could have left. After all it is 1920 so unless the IRA man takes time off from grieving to join the Irish Civil War or Lady Edith heads off to fight for Greece against Turkey it is hard to see what can go wrong. Bates is on his way out of prison. The ex prostitute is settling in well at the Crawley household. Predatory homosexual Thomas really must get his long awaited come uppance downstairs while simple but honest Mary the under-cook looks set to be handed the keys to a farm by the father of the man she married but did not love just before he died.

Non Downton lovers – in this show someone important has to die at least once a series. The pompous prig Matthew Crawley is trying to make himself more exciting by picking a fight with thicko Aristocrat the Earl of Grantham but he is failing. He and Lady Mary really need to emigrate.

In Dallas, the younger generation of John Ross, Chris, Elena and the mad wife of Chris are growing on me. News that Bobby/Patrick Duffy/The Man from Atlantis may be about to peg out can be handled because the younger generation are quite amusing. Although without JR or Maggie Smith both series would be holed beneath the waterline But without Lady Sybil (died two episodes ago) the younger generation at Downton is pretty weak. I am beginning to think that I can survive life without Downton and those bloody adverts for P&O Luxury Cruises.

Meanwhile as part of my drive to see a few more films I saw a pretty good alternative flick yesterday, Ginger & Rosa. Set in 1962 it is the story of two 17 year olds whose friendship is gradually torn apart by a) one going to a grammar school and the other a secondary modern, b) their attitudes and the stresses caused by the Cuban Missile Crisis and the ban the bomb marches and c) the father of one shagging the other. I think c) was the real blow.

I shall largely skip the point about schooling. It was all too artificial. Had both girls gone to an inner City comprehensive I am sure they would both have gone off the rails…the raw material for a derailment was all too obvious in both cases. Banning the bomb might have seemed like a good idea at the time but as it happens ( and naturally this was not reflected in the script which focussed on fascist policeman dragging away duffle coat wearing protesters) Kennedy was right to stand up to the Russians over Cuba. And moving forward 20 years those who would rather have been “red than dead” were wrong.

Thatcher & Reagan stood up to the Soviets and in the end a weak economy (i.e. a communist one) could not match the spending power of a strong one (i.e. a capitalist one). The strong stance taken by Maggie and Ron encouraged the good folk of Eastern Europe to rise up and throw off the shackles of Soviet oppression. The choice was not “red or dead.” The choice was “prolonging the Soviet system in Russia and the Russian occupation and suppression of human rights and democracy in Eastern Europe or freedom and life all round.” My step mum and her pals at Greenham Common , Michael Foot, Bruce Kent, the BBC/Guardian were all wrong. Thatcher and Reagan called it right. Thank God.

Having said all of that the film was a fast moving and vaguely plausible tale with a predictably miserable end. Timothy Spall and Annette Benning as two thirds of a lefty, gay, CND supporting terribly middle class household are excellent. The early 60s is an era that is well before my time but from all that I have read and watched about it, the movie captured the mood of the time well. I do not regret seeing it although the dishonesty of some elements of the script cannot avoid comment.