In my absence my gang of Greek Albanian workmen have been busy at the Greek Hovel as you can see HERE. Arriving almost straight from the airport we discussed how work was going, what was next and then came to the main point of my visit, an update on the snake situation. As you may remember this gang got hired after its leader Gregori, pictured below, boasted that he killed snakes with his bare hands.

"So have you killed many snakes?" asked I. Gregori beckoned and showed me a small one that he had killed just the other day. Do not be fooled into thinking this is a harmless little serpent. This was a junior adder which is more dangerous than a mature viper since it does not know how much venom to inject, it just bites and poisons away. 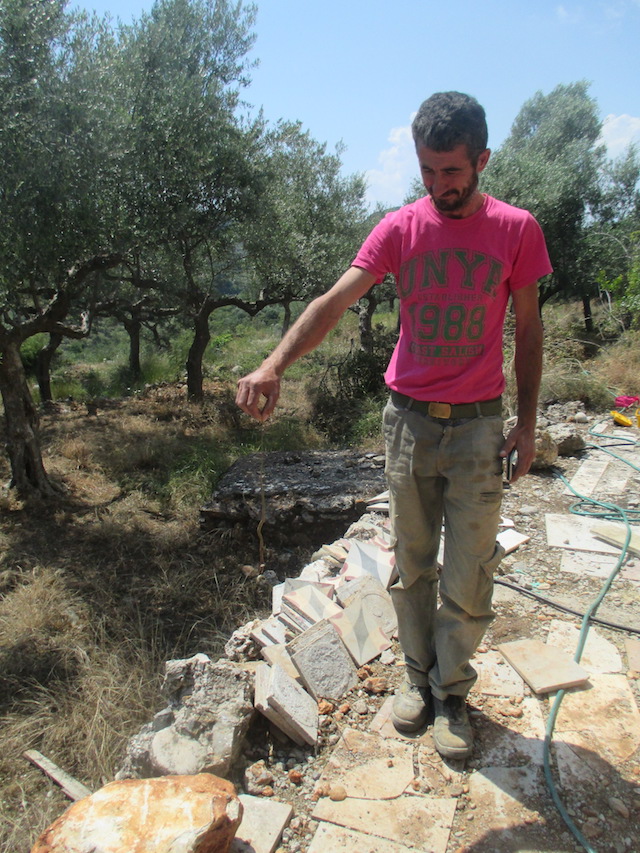 I looked at the small snake and asked if Gregori had met any others. Rather like a fisherman he opened up his arms to indicate the length of the two others he had sent to snake heaven. Bother were adders and more than two foot long. One made the mistake of slithering across the door of the bat room as the gang dug out the floor. The door offers the only light into the room and thus it was all too visible and Gregori had pounced. Three kills in a week, yikes. Gregory cheerfully pointed out that if he had killed three it indicated that there were many more out there in the land around the hovel. We agreed that we need to get hold of some cats as a matter of urgency.

Worryingly all three kills had been within a yard of the hovel which indicates that the snakes do not seem to have noticed that I have snake repellent canisters up to ensure that there is a snake free zone. At this point I was beginning to think twice about my plan to stay up at the hovel on this trip.

If I was in any doubt as to my intentions, that was resolved as Gregori explained that among the next jobs was removing all the ghastly metal windows and shutters so that the stonework could be improved to encompass new old style wooden windows and shutters. My friend seemed worried that this would allow humans to enter and steal what is inside. There is little of value inside the hovel other than my strimmer, which I can store in the village, and my concern was about what non human animals would be heading into the hovel. My decision has been made. I have extended my booking at my hotel in Kalamata. 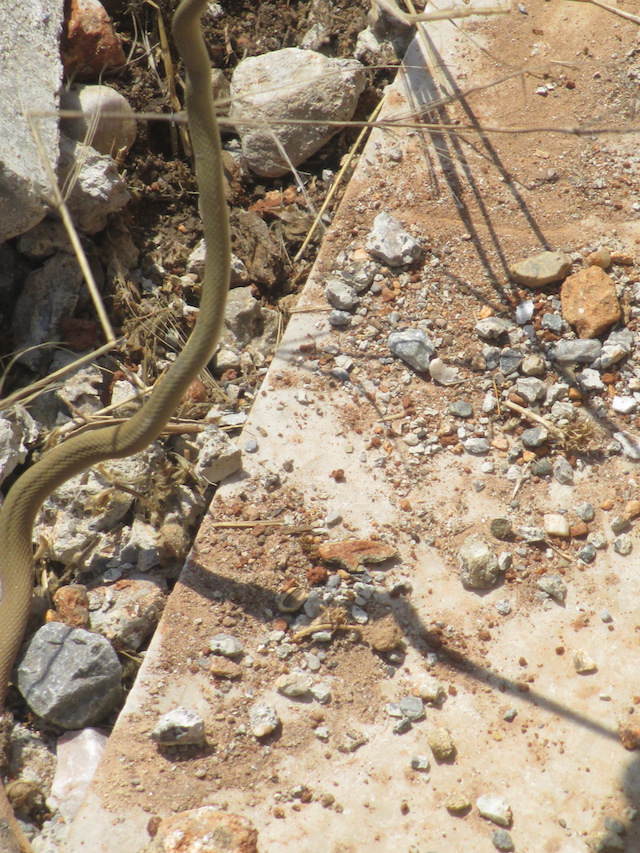