I wonder how long the road up from the bottom of the valley to the Greek Hovel has remained unchanged? The house is 100 years old so there will have been a mud track up to it for a century. In the 1970s, I think, the stretch known as snake hill, was concreted over. The biggest pot hole in that part is so large that you need to partially go off road to avoid your car wheel getting jammed inside. Smaller pot holes litter the road but these days I know how to navigate around them. But from the top of snake hill as one winds through the olive groves it is almost entirely just baked mud.

Since the good folks of Kambos have been tending their olive trees up here for a lot longer than the Greek Hovel has been around perhaps the stretch of track through the groves is even older. But my point is that it has stayed pretty much as is for decades. The sheep use it. The snakes sleep on it without fear of interruption, lizards scuttle across it and now and again myself or my neighbour ( two miles away) Charon might drive or wander along it. At olive picking time folks lay mats across the road knowing that they are unlikely to be disturbed.

But all that has changed and its my fault and I feel a bit of a sense of shame. In order to get the equipment we need up to the hovel it has had to be widened. Some awful machine had just scraped away at the grass on either side of the path. In places, new piles of rocks lire discarded as some ancient wall has been pushed aside. You can tell where the earth has been disturbed as it is red. The photo below contrasts new track with that leading up to hovel, earth bleached white by years of sunlight. 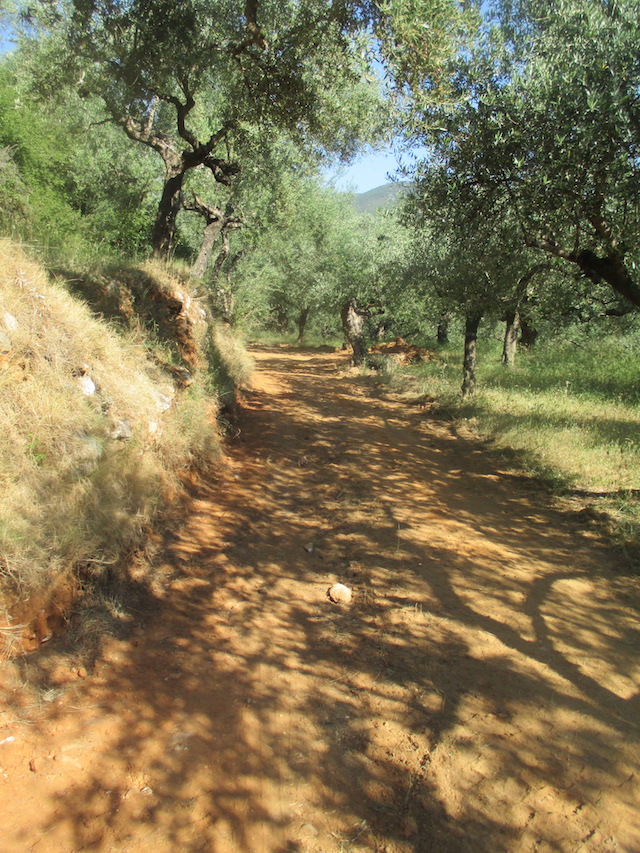 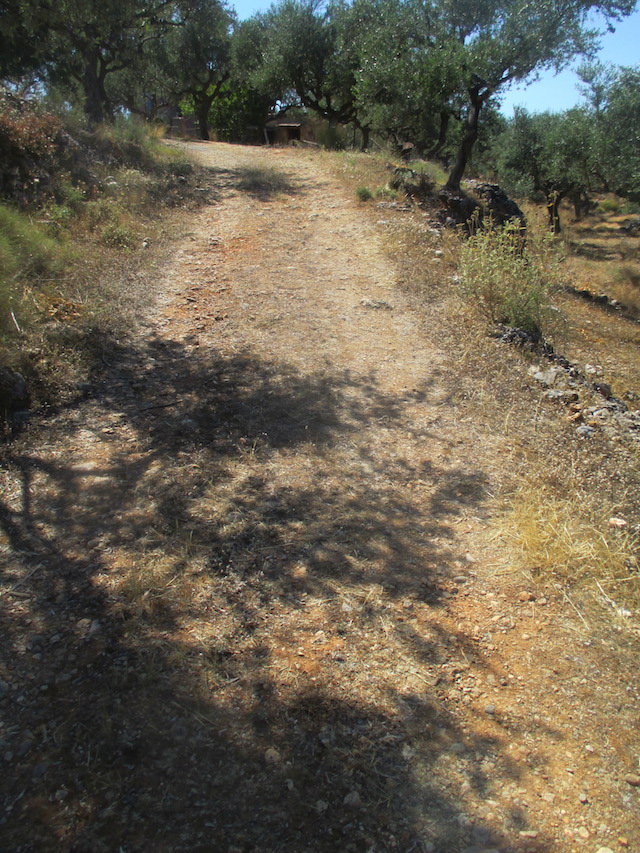 I know that walls will be patched up and that in a few years the grass will have regrown and the track will be back as it was but for now I feel as if I have cuased some ghastly modern intrusion in the groves which have lain tranquil and undisturbed for all of living memory. It is my fault and I do feel a sense of shame.