The shock is for any google pervs out there who have alighted on this page and though the photos are wonderful will be rather disappointed by their nature, The Miranda's I refer to is, of course, the restaurant next to the Kourounis taverna on the square where the road through Kambos makes a sharp right angle as it heads off to Kardamili.

Miranda's boasts a wide menu but in fact normally has one dish a day. But the food is awesome and so cheap.
And thus for 8 Euro I enjoyed a sort of beef burger containing some cheese and also very sharp and spicy peppers. Okay, that is high on calories but I had done several hours of manual labour up at the Greek Hovel. The point for a type 2 diabetic like myself is that it was carb free. Moreover I shared this with a cat which does not really belong to Miranda's but just wanders around begging as Greek cats do. Aaaah what a sweet pussy. 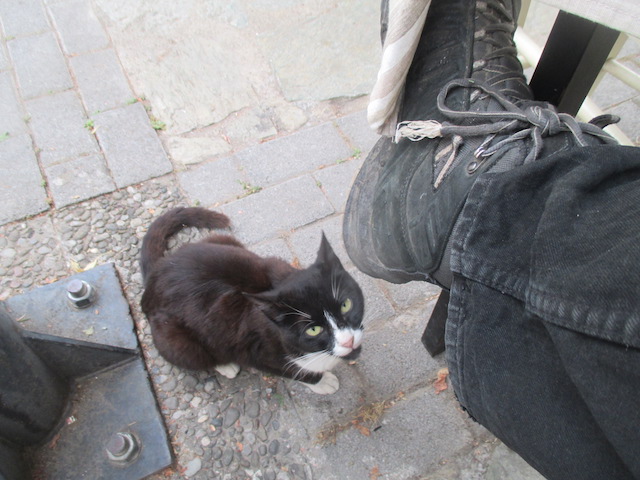 To accompany that there was a vegetable side dish: peppers, zucchini and a few slices of potato which I ignored all topped with local feta. Just wonderful. 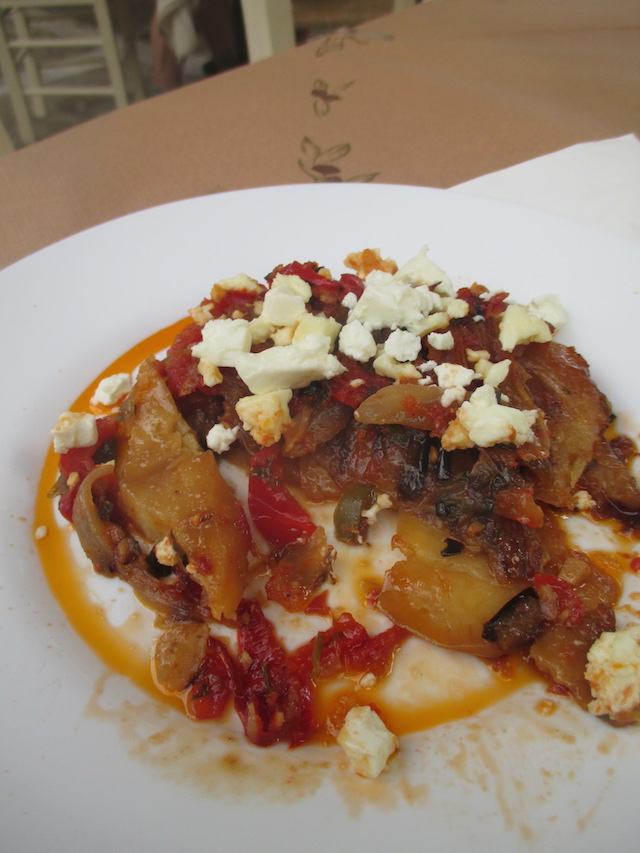