Photo Article: So I picked up a young woman and was shamed

I was driving on the road that heads up into the mountains heading from Kalamata to Kambos. Of course it does not end in Kambos, the nearest village the Greek Hovel. Kambos is just a settlement, of no particular historical significance, beauty or importance, sitting on the road as one heads to Kardamili, the ghastly tourist fleshpot of Stoupa or the regional capital Areopolis. But Kambos is as far as I usually go.

The sun was beating down and 600 yards out of town as the road starts to climb I saw a young woman, laden down with shopping bags and gesticulating wildly. Naturally, being a gent, I stopped and she said she was trying to get back to Stoupa. I said I could take her as far as Kambos and she tried to get into the front seat.

And then she stopped. as you can see lying on my front seat was my axe and 12 inch saw. Worse still I had my frigana chopper sitting there with the shaft running into the back seat. It has a tiny leak in the tank and so the whole car stank of petrol. 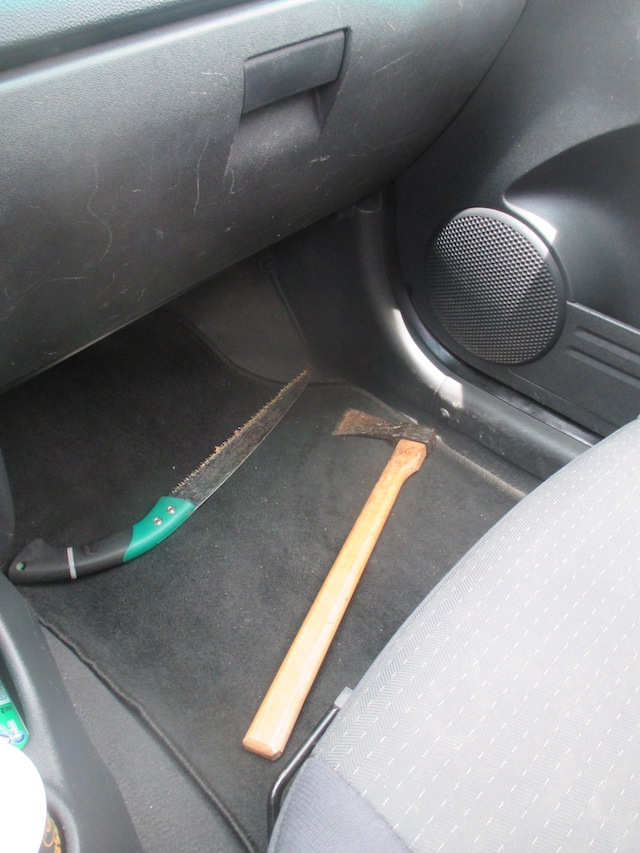 In Britain in the current climate that would have seen the girl calling 101 on her cellphone and an armed response unit arriving within minutes. JK Rowling would be on twitter within half an hour, talking about how yet another white supremacist had been nabbed and how Katie Hopkins and Nigel Farage were to blame. But here in the Mani I bet many cars are kitted out thus at this time of year. The young lady clambered into the back and we started chatting.

Looking in my rear view mirror I though she polished up well and that confirmed my prejudices. She was a Greek from Stoupa and my shame is that I leapt to the conclusion that she was just another dippy millennial out shopping and now heading back to Stoupa, a cultural desert, to head out to the bars. Shame on me.

Her passion was botany and we talked flowers. She searched for rare orchids up in the high Mani. She had spent the morning talking online to a world famous Irish botanist about a plant she had discovered. Did I know of him she asked? I had not heard of him. I remarked on the flowers up at the Hovel in spring and how I photographed them,. She asked me what flowers they were.

All that I could say is that I thought they were varied, of many colours and very attractive. Who is the bloody airhead now? C'est moi. I did not dare to mention that, as Nicho the Communist and I had purged the snakefields of frigana with poison, I had wiped out most of the flowers at the same time. An airhead and a vandal to boot, I was shamed.